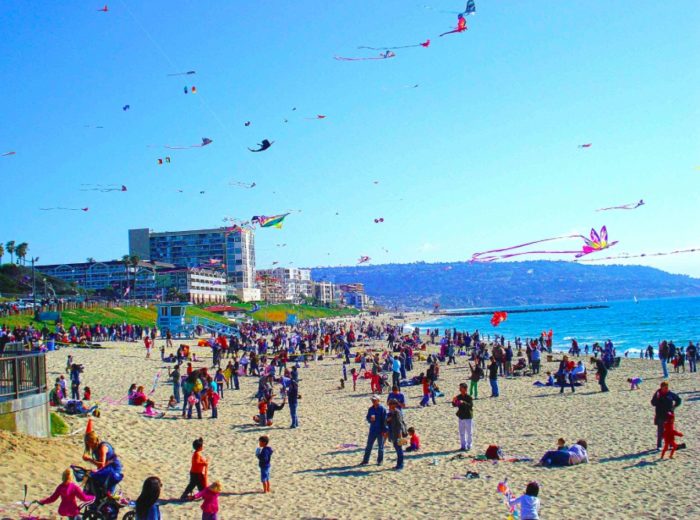 Image via 44TH ANNUAL FESTIVAL OF THE KITE AT REDONDO PIER

The 45th Annual Redondo Beach Kite Festival returns to the Redondo Pier on March 10 for one of the longest-running kite festivals in the United States. Presented by Miller Children’s & Women’s Hospital, Redondo Pier Association and Sunshine Kite Company, this free festival is open to both kids and adults alike. As in past year, prizes will be awarded for the best hand-made kite, highest-flying kite and the youngest and youngest-at-heart kite flyers.

The festival will take place from noon to 5 p.m. on the beach next to Redondo Landing, immediately south of the Redondo Beach Pier.