“Gateway to the Moon 3.0” — An Immersive Installation by Gazoo at de Plume 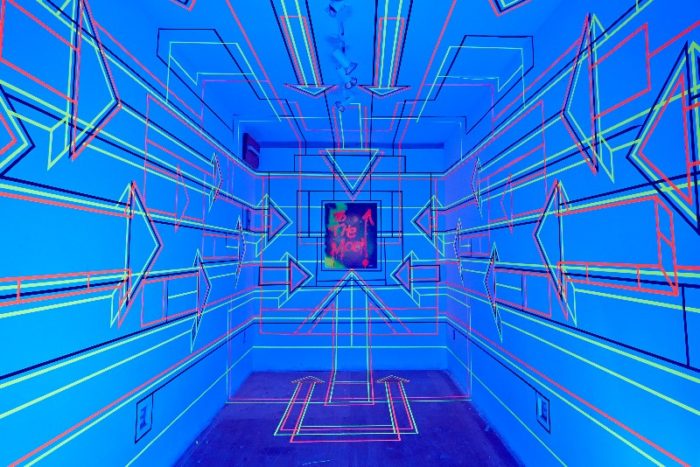 Gateway to the Moon 3.0 is a new immersive installation from artist-on-the-rise Gazoo at de Plume in East Hollywood, which will host an opening reception on January 20.

A large-scale installation, Gateway to the Moon 3.0 promises to transport visitors into a 360° retro-future dimension created from tape, lighting, and sound. It’s a particularly appropriate time for this show to make its debut, as January is a blue moon month: 2018 began with a full moon on January 1, while January 31 will bring a Super Blue Moon eclipse.

Based in New York City, Gazoo has recently had work commissioned by Steve Aoki, Facebook and Comlex Con, while de Plume is a new gallery that just opened in November.

The opening, free to the public, takes place from 6 to 10 p.m. on January 20. Feel free to take Metro if you can, as the gallery is located right near the Hollywood & Western Red Line stop. The show will continue during regular gallery hours through February 10.