Taste of South Lake Comes to Pasadena on Oct. 8 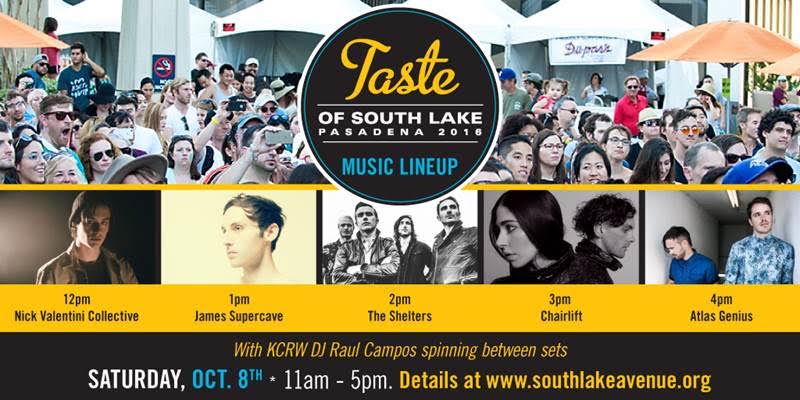 Over 25 of South Lake’s eateries, including Del Frisco’s Grille, Real Food Daily, Lemonade, Veggie Grill and Urban Plates, will showcase their various cuisines from around the world at this free outdoor event. Taste of South Lake will also feature a beer, wine and cocktail garden, along with an interactive vendor village.

For more information, visit the link below.