Los Angeles is known as a “happening” place because, well, things are always happening! History is constantly being made and remade within in our city to the point that it’s hard to have a grasp of all the significant events that have passed.

To properly understand all of these great occasions, a time machine would be the most appropriate. Until then, here’s the list of 10 amazing firsts in the history of Los Angeles: 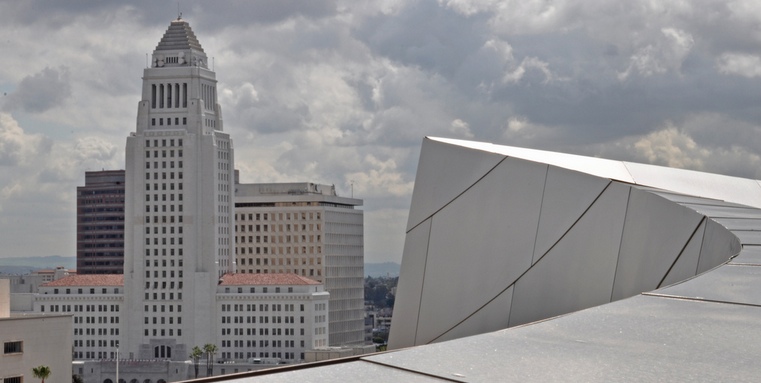 While Columbus first visited America in 1492, it’s incredible that Europeans laid eyes on Los Angeles only fifty years later considering the technology and the geographic barriers. In 1542, Juan Rodriguez Cabrillo set out from Navidad, Mexico to explore the California coast with three ships. He made his way to Catalina Island before landing in San Pedro and Santa Monica Bay.

The expedition made its way up to near Santa Barbara to Point Conception where they began their return home before winter occurred. Stopping back at Catalina, Castillo splintered his shin exiting his boat while confronting the Tongva and died two months later of gangrene. It would take another sixty years for an European to visit the region again.

When you think of skyscrapers, cities like Chicago or New York come to mind. Los Angeles has always been behind the curve in that manner, with the Continental Building first locally hitting that status twenty years behind the trend. While L.A. has never been involved in a Dubai styled arms race , our city hall does hold some distinction. Built in 1928, it is the tallest base-isolated building in the world topping out at 454 feet, using one of the best construction techniques to protect against earthquakes (although the building had a seismic upgrade in 2001).

To keep our city hall unique along our skyline, no other building was allowed to exceed its height except those portions that were considered ornamental in nature, like the Richfield Tower or Eastern Columbia Building. With hints of classical greek design, our city hall still remains as one of the most recognizable in the world today.

First Disneyland Site (That Never Was to Be)

There is no other theme park on the planet more famous than Disneyland. It also holds the distinction of being the world’s first, opening in 1955. Part of Walt Disney’s influence came from taking his daughters to the merry-go-round in Griffith Park and the many significant fairs from around the globe.

Disney originally looked at laying out a park next to one his studio lots in Burbank to be called Mickey Mouse Park in 1951, but the 8 acre site was deemed too small. Instead, he went big buying 160 acres of land in Orange County with the park opening only a year after construction started. And the rest, as they say, is history.

Los Angeles is far known for being a Dodger town, but few remember back that the Angels have a longer history. The first professional ball club in the city was the Los Angeles Seraphs of the California League, replacing the Sacramento Senators in 1892. The team struggled to make ends meet as the only team from the league to play in southern California. The Seraphs changed their name to the Angels the following year, which also was the team’s last.

For the next few years, the Angels played in some semi-pro league, including the first integrated one in the California Winter League in 1895, before becoming a founding member of the Pacific Coast League. The PCL saw many great players, such as Ted Williams, Tony Lazzeri and Joe DiMaggio, before their contracts were bought out by big league clubs. When the Dodgers moved to Los Angeles in 1955, it spelled the doom of the PCL Angels two years later.

Los Angeles is undoubtedly the movie capital of the world and many of the industry’s breakthroughs were conceived right here. Perhaps the most significant was the addition of sound into movies, or “talkies” as they were called. The Jazz Singer was shot at the Warner Brothers’ West Coast Studios in 1927, at what is today known as the Sunset Bronson studios.

The movie was an instant success and talkies spread to movie theaters across the country within the next couple of years. Charlie Chaplin released “City Lights”, the last great silent film in 1931 and the industry never looked back, unless you somehow remember the Oscar winning picture “The Artist” in 2011. Which you won’t.

While Californians enjoy a fine lifestyle along with great weather, in the back of our minds we always worry about the daily threat for when the next big one hits. The earliest recorded earthquake in the state occurred in 1769 recorded by the Portola Expedition. The group reported four strong tremors, but obviously did not have the means to gauge any of its metrics.

Scientists believe the quake happened 30 miles southeast of downtown Los Angeles with a magnitude of 6.0 somewhere along the San Andreas fault. Surprisingly, it was the last major earthquake within the region until the Long Beach quake of 1933.

There are many reminders of our city’s famed water engineer, including the drought shaming fountain in Los Feliz or the poorly paved road dividing the valley from the westside. While the first aqueduct was the impetus to Los Angeles’ first growth spurt, William Mulholland’s greatest feat was also the most tragic. The St. Francis Dam was built on the outskirts of Santa Clarita to collect flow from the Owens Valley, opening in 1926. Upon filling, the dam constantly was fraught with leakages that haphazardly were patched up. Mulholland gave approval after an inspection on the morning of On March 12, 1928, the dam keeper brought a new crack to attention, but Mulholland deemed the conditions safe later that morning.

Right before midnight, the dam collapsed sending a tidal wave that powered through Valencia, Newhall, Oxnard and Ventura before reaching the ocean. In the end, about 600 people died from the event, the second worst tragedy in the state behind the 1906 Earthquake. Mulholland retired the following year and remained in semi-isolation before his death in 1935.

Arguing about our country’s first true freeway can be about semantics, but let’s just say it’s the Arroyo Seco and be done with it. The idea was hatched in the 1920’s with idea that Pasadena could use some significant linkage to downtown. Just as in modern times, residents argued about having a freeway in their backyard, so finalizing the route took years.

The freeway initially opened the first 3.7 mile segment from Orange Grove Boulevard to Avenue 40 in July of 1940. Later that year, the freeway extended to Avenue 22 near the LA River just days before the Rose Parade was to take place. The Arroyo Seco retains its beauty, but still features older on ramps that suit slower speeds.

As the space age was taking place, one of the most important missions facing our country was to launch a satellite after Russia launched the world’s first. The United States began their quest in 1954 with the Project Orbital proposal, involving the Jet Propulsion Lab (JPL) in Pasadena. Work began on the program, but was halted within the year with the government implementing another project that would never be realized.

When Sputnik launched on October 4, 1957, the JPL project was immediately revived and in less than four months, the US launched its first satellite, Orbiter. While it was a significant event in space race history, the satellite only lasted 105 days running on battery power.

The reason why you’re reading this and not spending time with your significant other goes back to October 29, 1969, with one of the most significant ‘firsts’ in the timeline of the history of the Internet. That evening, a team of computer science engineers from UCLA sent the very first internet message up to another group in Stanfurd (that’s how I spell it).

The intended transmission was supposed to be the word, “LOGIN”, but of course, the network crashed and only the first two letters got through. Little was known about the significance of this event at the time, but the lab’s prominence grew along with the internet to the point it was named a heritage site in 2011.

What history tidbits about Los Angeles fascinate you? Let us know in the comments below!