You can’t summarize the entire history of a city in one laundry list, especially one as significant as Los Angeles. Still, there are some events that every angeleno should have locked in their memory bank, providing perspective on the way our city operates today, and will continue to evolve into the future.

With our origin dating back over two hundred thirty three years, it’s amazing how much of our history is still a part of us.

Here are twelve of those incredibly significant events that shaped our city. Hopefully learning about them will help shape you as well. 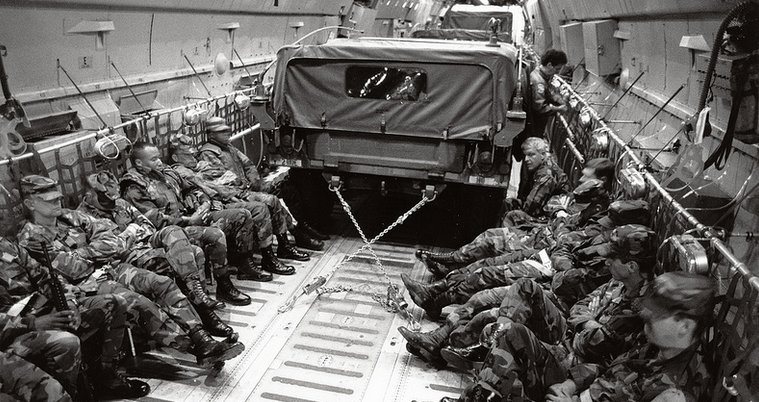 While the American Revolutionary War was still looming on the opposite coast, Los Angeles was born under Spanish King Charles III’s mandate. Under fear of Russian and French colonization, Spain expanded their reach into Alta California starting in 1769. The first footing in the Los Angeles basin was with the San Gabriel Mission established 1771 in Whittier Narrows where now the 60 Freeway meets Rosemead Blvd. The church was washed out from a flood five years later and soon other sites were considered to be settled. Portola’s expedition in 1769 had taken note of a lush area along a river and in 1781 the Pueblo of Los Angeles was created behind just forty-four original settlers.

Few remember that the Mexican-American War was fought and ended right here. It’s hard to imagine Los Angeles as a setting for battle, but perhaps more improbable that skirmishes had numbers smaller than most high schools. The fighting ended at the Campo de Cahuenga in what now is Universal City at the Campo de Cahuenga. While the treaty ending hostilities was signed there in 1847, it took months to formally come to terms. The Treaty of Hidalgo then set the terms how ranchos were preserved. Many landowners had trouble keeping their claims and would have to sell of parts of land piece by piece.

In 1892, Edward Doheny discovered oil near what is now Dodger Stadium and quickly started a boon across the southland. With many rich pockets, wells popped up all over the region by the thousands. By 1923, Los Angeles was producing a quarter of the world’s oil supply. As some wells dried up and real estate became valuable, derricks started to disappear from places like Venice and Beverly Hills. Baldwin Hills and Signal Hill still contain a great number, while there are many hidden ones still existing across the city.

When Los Angeles became the southern terminus of the transcontinental railroad in 1876, the race was on to become the shipping capital of the West Coast. In 1894, Collis P. Huntington and the Southern Pacific Railroad built the longest wharf in the world in Santa Monica hoping to establish itself as LA’s epicenter. Meanwhile, Harrison Gray Otis and the Santa Fe Railroad were lobbying the federal government to turn San Pedro Bay into a large scale shipping channel. The feds chose the latter and the Port of Los Angeles was born, while the long wharf lasted only into the 1910’s. Once a breakwater was added, the harbor quickly leapfrogged San Francisco as the busiest on the West Coast. With constant expansion, the Port of Los Angeles now holds the title of the world’s most active.

The movie industry was originally centered around New York, but when filmmakers kept running into patent issues with Thomas Edison’s office in New Jersey, they started looking elsewhere. D. W. Griffith was sent to Los Angeles with his crew in 1910 where they filmed and explored the area. He took a liking to a village named Hollywood and began shooting several productions there. Within the next couple of years, several studios set up shop and Los Angeles quickly became entrenched as the movie capital of the world.

At the turn of the 20th century, the biggest problem Los Angeles faced was its water supply. If you thought drought conditions are bad now, there was severe water rationing in our early history. Seizing on the opportunity, Harrison Gray Otis and Harry Chandler bought up large portions of the San Fernando Valley and enlisted water chief William Mulholland to push voters to approve of the Los Angeles Aqueduct. The bond issue passed with some nefarious campaign tricks and in 1913, the aqueduct opened allowing the region to grow. For his success, Mulholland would later die in disgrace after the St Francis Dam collapsed hours after he inspected it in 1928 killing 600.

In reaction to the attack on Pearl Harbor, the United States needed a massive industrial push to fight a war on two fronts. Along with perfect weather conditions to build and test airplanes, Los Angeles was an ideal manufacturing location situated on the Pacific Coast. The need for manpower was answered by transplants uprooting from every part of the country. In turn, airfields were built across the region and companies like Hughes, Lockheed, Northrop, and Douglas played vital roles in the war effort. If you look on a map, a good portion of these airports still exist in one form or another.

Los Angeles had been primarily a rail town since the late 1800’s. Our system was extensive with hundreds of miles of track, but as Post War prosperity took hold, the proliferation of the automobile began to usurp our rail lines. With car, oil and tire manufacturers lobbying for more vehicular infrastructure, modern freeways started to bisect neighborhoods in the 1950’s. These roads ushered sweeping migration into the suburbs while depleting our urban core and older neighborhoods. Consequently, our rail network fell into disuse and in 1963, the last streetcar took its final journey.

When the 1971 Sylmar earthquake landed, the devastation touched hospitals, freeways and many other buildings that made us rethink our structural standards. Building codes were strengthened, construction on fault lines became more scrutinized and the Los Angeles Earthquake Commission was created. Unfortunately, when the 1994 Northridge quake erupted, we discovered many of these new restrictions had been loosely enforced. The tremor’s destruction cost ten times its predecessor and structures, like the Newhall Pass Interchange, failed a second time. Codes were updated again and stricter enforcement was promised, but we won’t know the effects until the next “Big One” hits.

(side note: our bland skyline has been blamed on the 1974 edict that skyscraper construction had to include flat roofs, a rule that Mayor Garcetti recently rescinded.)

The 1984 Olympics came to Los Angeles by default as no other nation wanted to play host. Along with the Eastern boycott, expectations were low, but the ‘84 Games became the most successful olympics in history. With most of the facilities already built, Los Angeles focused on a dynamic arts and design campaign that overtook the city. USA dominated the medal count and the Opening Ceremonies remain as one of the most memorable. The experience brought great pride back to the region and the Games’ legacy still lives on today.

Unfortunately, Los Angeles has an long history of racial tensions that have divided the city, including the riots in Watts, Chinese Massacre of 1871 and Zoot Suit Riots during World War II. In March 1991, Rodney King was beaten by four LAPD officers after trying to outrun the CHP even though he was highly intoxicated. With part of the incident recorded on videotape, riots immediately ensued following the policemen’s acquittal on April 29, 1992. The Reginald Denny beating occurred just hours after the decision and was televised live across the nation. Police couldn’t contain the many outbreaks across the city being highly outnumbered. The asian community was also targeted by rioters stemming from a Korean shop owner serving no jail time for fatally shooting an unarmed black teenager a year earlier. After the four day siege, fifty three people died, over three thousand buildings were burned and $1 Billion damage was caused. Parts of the city still hasn’t fully recovered twenty two years later.

In both 1980 and 1990, local voters had supported an increase in sales tax to better fund transit. Even with the commitment, our system was not meeting our needs in providing a variety of options. In the midst of a recession, Measure R came to the ballot box in 2008 as a half cent sales tax to fund traffic and rail improvements needing a two-thirds approval to pass. With the electorate voting 67.1% in favor of the measure, the county advanced the planning of many projects that will broadly impact the city’s future. Rail construction is in progress to expand the network’s reach to widen it coverage into such areas as Santa Monica, Beverly Hills, the Crenshaw District and Foothill region, to give our network a broader reach.

What events do you think are some of the most important in the history of Los Angeles? Share you thoughts or stories with us in the comments below.