People watch people. It’s what we do. Cause, you know, we’re all kind of weirdos, right?

And if you’re in public and you think no noticed that little drop of iced tea that just dribbled down your chin as you sipped your Starbucks or the slick way you buttoned up the open fly you discovered just moments before… well, think again.

But people watching isn’t just a lark for baring witness to humanity’s general buffoonery. Nah, I’m going to put it on a slightly higher plane. And if you’ll allow me to guide you I’ll try to walk us down the path that leads to the pedestal where it resides.

Now, on this blog we have talked previously about some of the best places in Los Angeles to people watch (and there’s a lot of good ones), but we didn’t dig deep into the underlying motivation for undertaking such a venture. In other words, why is it even worth my time?

So let’s not mince words. Let us now end the flowery introduction.

Here’s five reasons why if you’re not making people watching a part of your L.A. social routine, you ought to be.

I’m extremely thrifty by nature, so the idea of spending a Saturday afternoon walking through a public space or chilling on a bench has a strong appeal to my intuitive fiscal sense. And even if you have to pay a small price (like say parking at the Getty), it’s usually well worth the cost for the depth of human interaction you’ll be able to encounter.

In addition to the low cost, people watching requires almost nothing of me other than to keep my senses activated and engaged (sight and sound primarily).

If you’re in a really good location, the entertainment will literally be all around you. And you just… experience it. 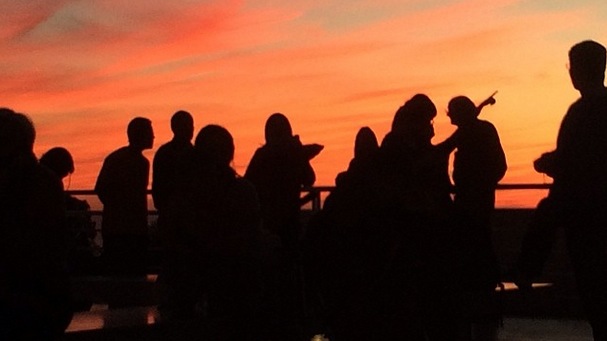 A glorious sunset at the Getty.

Speaking of good locations, there are literally hundreds of places in Los Angeles that make for magnificent people watching destinations.

Whether we’re talking about museums like the Huntington Library, open shopping bazaars like Grand Central Market, public spaces like the Peace Awareness Labyrinth, even just catching sun rays as the beaches of Malibu.

You’re the quarterback, so how you run the play is completely up to you.

This is where people’s  unique quirkiness plays to your advantage.

Human beings are, let’s face it, pretty strange creatures. And I’m not just speaking about some of the eclectic performers you might find on the Venice Boardwalk.

You’ll be surprised if you stop to pay attention to the tiniest acts of humanity just how extraordinary they can be.

Like observing how a person carries themselves in a crowd of strangers, or the tenderness of a father’s answer to a ridiculous query from his young daughter. Sometimes it’s just watching how a person stands in line, clutching to their phone like a lifeline of social acceptance and normalcy, because you know, it would be too weird to open their mouth and start a conversation with the person behind them (awkward!).

And of course this is L.A. so if you’re just looking for eye candy and hard bodies there’s plenty of those too.

5. When You Observe Others, You Learn About Yourself

Life is in the details, right? These unconscious moments when people let their guard down and you get a glimpse of their true nature.

A couple arguing in public, a friend encouraging his buddy to talk to a girl, a child standing in front of a museum exhibit in awe of the history and complexity of this thing we call life.

When you observe these little bites of truth, it’s always through the prism of yourself. It forces you to make connections about the experiences you’re witnessing and how they relate or occur or matter in your own life.

Maybe it’s the memory of a lost love or an old friend you haven’t spoken to in three years. Maybe it’s a place you you used to hang out at as a kid,  or a dream you forgot you ever had. Maybe it’s just a really good idea for work that gets sparked by sitting back and watching silently for a few minutes.

Ultimately, I find this process of observation and reflection to be invaluable, mostly because it reminds me of the most essential truth that there is about me: That I’m human. 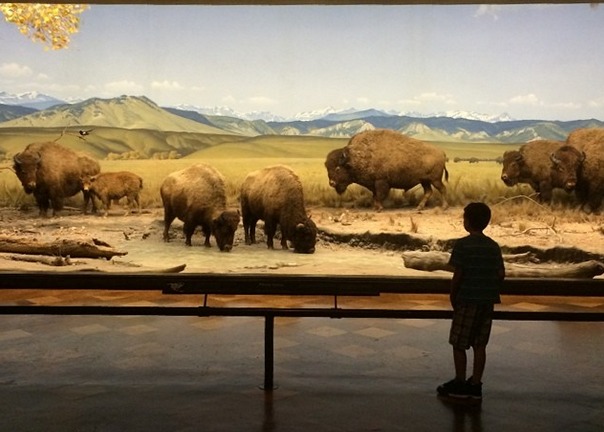 Living in a big city with the constant pressures of deadlines, commitments, priorities, responsibilities, relationships, and of course, traffic,  it doesn’t often leave time to stop and just be still.

Allowing yourself to pause for a minute, breath, and soak in the world around you isn’t  just a meditative luxury, it’s a necessity. Maybe you’ll keep that in mind the next time you’re planning what to do on a Sunday afternoon.

In any case, I hope you guys choose to explore Los Angeles and all of the wonderful people watching opportunities that abound.

There’s a lot of weirdos hanging around these parts. Hopefully you’ll discover that you’re one of them.

Have a favorite people watching spot in Los Angeles? Let us know in the comments below!