60 Years Of Tiki: An Inside Look at the Tonga Hut in North Hollywood 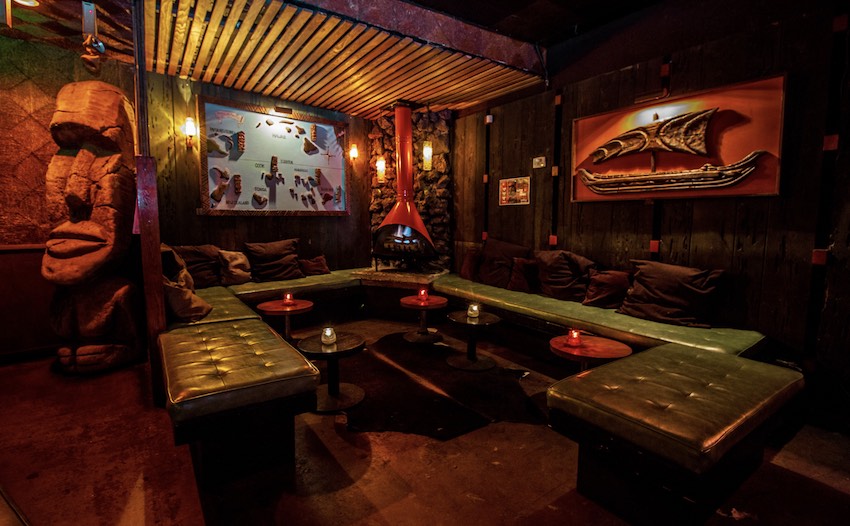 Tonga Hut, Los Angeles’ oldest tiki bar, wasn’t the city’s first; when it opened 60 years ago, it was just another bar in the tiki trend. But while countless others have closed, Tonga Hut has survived and thrived.

Tonga Hut opened in 1958 as the brainchild of brothers Edwin and Ace Libby. According to Marie King, the bar’s general manager since 2012, the Libbys “worked at a Polynesian restaurant on Sepulveda Boulevard in Van Nuys and decided they wanted to open their own bar.” Part of the bar’s charm comes from how little has changed since 1958. When the Libbys bought the storefront on Victory Boulevard, they hired an architect who drew chalk lines to create the bar’s original floor plan, including key features like the bar and fountains. Although some changes, including an expansion of the bar and the installation of thatched huts over the booths, have been made over the decades, the original floor plan is still largely intact.

King is responsible for creating and curating Tonga Hut’s current cocktail menu. It’s a mix of classics like the Mai Tai and Blue Hawaiian, as well as more contemporary tiki concoctions like the Bermuda Dunes and Rhumboogie. Additionally, each bartender is allowed to feature their own creations or favorites while on shift. 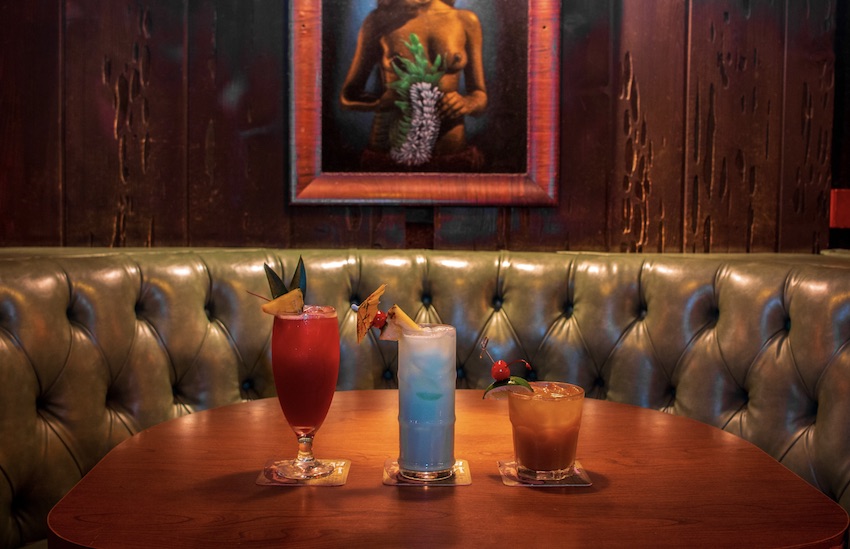 “Regulars like that because they know what kinds of drinks each bartender likes,” says King.

When you order a drink at Tonga Hut, you also get a kind of floor show as bartenders often pour several different drinks at the same time.

“I always line the glass up so I know what I’m doing, then I think ‘Which ones get the silver Puerto Rican?’ and I pour it into the tins, then layer the ingredients that way. So you only have to use it once for every drink you’re making,” says King.

It takes bartenders some time to get this skill down, but eventually muscle memory takes over and they’re able to mix four or five drinks simultaneously without missing a beat.

But the drinks at Tonga Hut go beyond the posted menu and bartender favorites; there’s also the infamous Grog Log. In 1998, cocktail historian Jeff Berry released the book Beachbum Berry’s Grog Log, a compendium of 78 tiki drink recipes collected from the recipe books of tiki bartenders, including the two fathers of the genre, Trader Vic and Don the Beachcomber. At Tonga Hut, guests can try to complete their own Grog Log by drinking every drink in the book over the course of the year, and not all of them are winners.

If you drink all 78 cocktails within a year, you’ll earn permanent membership in the Loyal Order Of The Drooling Bastard. Perks of membership include a self-designed plaque that will hang next to the bar’s vintage 1958 Drooling Bastard fountain and a dollar off all future drinks. “Lots of tiki bars historically had membership programs like that,” says King. 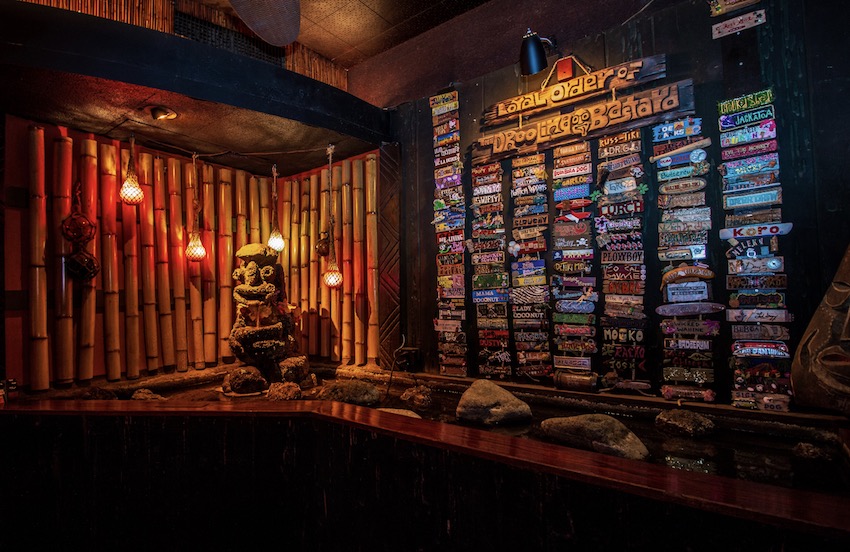 So, what’s kept Tonga Hut alive while other tiki bars are long gone? According to King, “The only reason Tonga Hut survived was because we never relied strictly on being a tiki bar. We are a tiki bar with tiki cocktails, but we are also a local bar.” The Loyal Order Of The Drooling Bastard plaques reflect a small sample of the Tonga Hut’s regulars, some of whom have been coming since they could first drink.

The bar’s most touching way of celebrating their status as a neighborhood hang comes in the form of a daily tribute to a woman named Dottie. Dottie was a longtime patron of the bar who lived in the neighborhood with her husband and had been coming to Tonga Hut since 1961. Six days a week, the couple would come by Tonga Hut to drink and socialize.

When Dottie’s husband died in the early 1980s, she continued to come, taking the same seat at the bar as she always did, ordering a happy hour Scotch and Soda and holding court. When Dottie died in February 2010, the staff began a tradition honoring their late friend. So, if you visit Tonga Hut during its four-hour happy hour, you’ll see a “reserved” sign by a bar stool, saving the space Dottie held at the bar for 49 years.