For those of you who grew up watching The Land Before Time films, enjoyed playing with Creepy Crawlers, and had an insatiable curiosity for life science this “nerd-chic” night means you can still nerd out but you can now do it with beer and stay up past midnight.

The Natural History Museum is once again hosting adults-only slumber parties starting on June 17 with dates through October.

Each event kicks off at 7 p.m. and runs until 8 a.m. the following morning.

The overnight experience includes science talks with NHM experts, museum trivia games, a scavenger hunt, a Secrets and Legends Museum tour, dancing with music from a DJ, a midnight movie screening and a buffet with craft beer and wine and a breakfast buffet. The night wouldn’t be complete without some mingling with the dinos by sleeping in the Dinosaur Hall along with a behind-the-scenes evening tour. 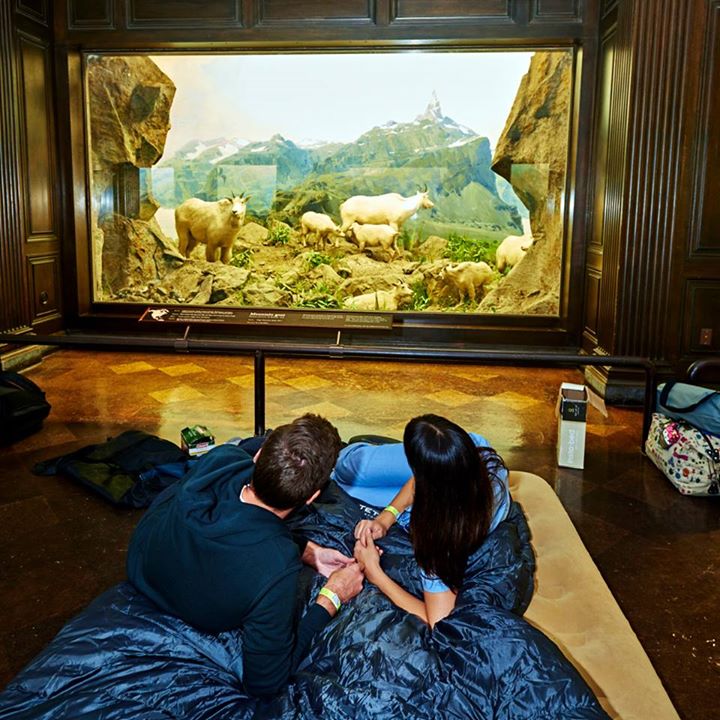 Full schedule of themes/films below:

June 17 -18: “Buggy Nights” is all about insects with a screening of The Fly.

Aug. 12 – Aug. 13: “Living in a Material World” focuses on how radiation and nuclear waste affects minerals.

Oct. 29- 30: “You are NOT the Father” is about the mating habits of bats. There will be a Halloween costume contest.