Owning and running a beer bar lends itself to great responsibility, the primary of which is being a curator. After all, your livelihood rests on your ability to choose the brews that’ll keep your customers coming back again and again.

Angelenos used to have to catch the scene in San Diego or San Francisco, but local beer bars are busy curating lists to appease our appetite for quality craft beer. The craft beer scene in the United States has grown exponentially in the past few years and Los Angeles is gaining in the race to become another of America’s great beer cities.

So do you feel like you’re in the mood for a good pilsner? Or maybe an ale ora  stout? Forget ordering craft brews off of BevMo’s website and venture out into the city where beer bars are keeping up with the latest styles and trends.

To that end, we have compiled a list of 14 of our favorite beer bars for those who love craft brews. We even reached out to our friend John Michael Verive, a craft beer evangelist who runs the Beer of Tomorrow blog. John chipped in with a little of his expert advice to make sure we keep you on the right track in your quest for the city’s best in beer.

Rundown (in no particular order) starts after the jump! Oh, and of course, enjoy the brews. 🙂 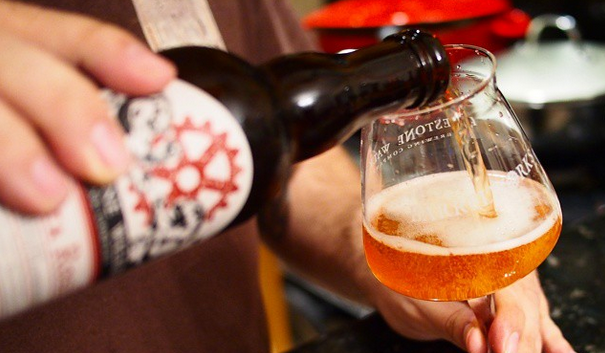 Looks can be deceiving and I’d say most would apply that mantra to this unassuming beer bar tucked away in the corner of a Sunset Boulevard strip mall.

Beer lovers and amateurs can unite at Los Angeles’ first all-beer retail store and tasting bar. This casual location offers over 700 beers by the bottle and 12 that are regularly rotated on tap. Feel free to bring your own food, buy some beer and enjoy for a small corkage fee out on the patio.

In Los Angeles’ Art District you might have seen a bright red door that looks about to be swallowed by its gray industrial looking exterior. Inside that door awaits a Belgian beer hall offering at least 64 Belgian style imported and domestic bottled beers and a 17 strong rotating draft list.

Owner Brian Lenzo is a leader in Los Angeles’ craft beer industry and was one of the first pioneering for craft beer in Hollywood. That expertise shines through in the beers at Blue Palms.

This American alehouse has two big screens listing their 24 specialty craft draft beers. The screens also relay how much it will cost you, its style and what kind of glass it’s poured into. Also, be prepared to be pleasantly surprised when your stout or porter is served to you at its proper temperature. 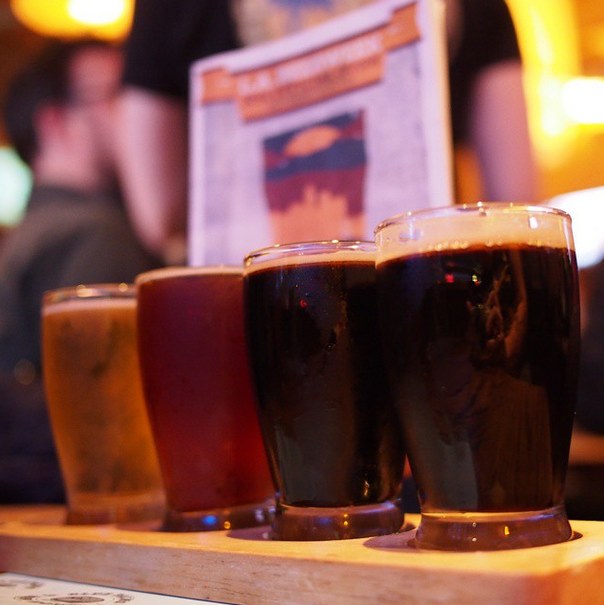 Sherman Oak’s very own neighborhood tavern was voted one of the “Best Sports Bars” in Los Angeles by L.A. Weekly. Eight beers are regularly rotated on tap and at least 20 bottled beers are offered to challenge the most discriminating beer drinker. Critics on Yelp recommend the Chi Chi Burger and the Chimay Belgian Ale.

27 beers flow from the tap here including Pliny the Elder from San Francisco’s Russian River. The crowd gets a little thick on the weekends, but the prices are reasonable and there are plenty of arcade games and activities to integrate you into the crowd.

This British Pub & Café in Old Town Pasadena offers 63 beers on tap and holds the title of being one of the top five Belgian beer bars in the U.S. Eating out on the patio may lead you to believe you have been quickly transported to Europe. I would suggest sitting outside with a basket of fish and chips and any beer from Hacker-Pschorr Bavaria.

Seven home brews and a bevy of at least 82 bottles are served at the brewing company that was named Large Brewpub and Large Brewer of the Year at this year’s Great American Beer Festival. Award winning brews are offered here including brews from California favorites such as Hangar 24, The Bruery, Lost Abbey and Russian River. Visit their website to keep posted on upcoming release events.

There are many, many bars that still think it’s about the number of beers on tap and not the quantity of what’s being served. Beer Belly goes in the opposite direction, favoring quality over quantity. Says John:

“One measure of a great beer list is how difficult the decision on just what to order and Beer Belly owner Jimmy Han does more with 12 taps than some bars do with 40.”

Strong praise! And makes us want to go check it out. Like immediately! 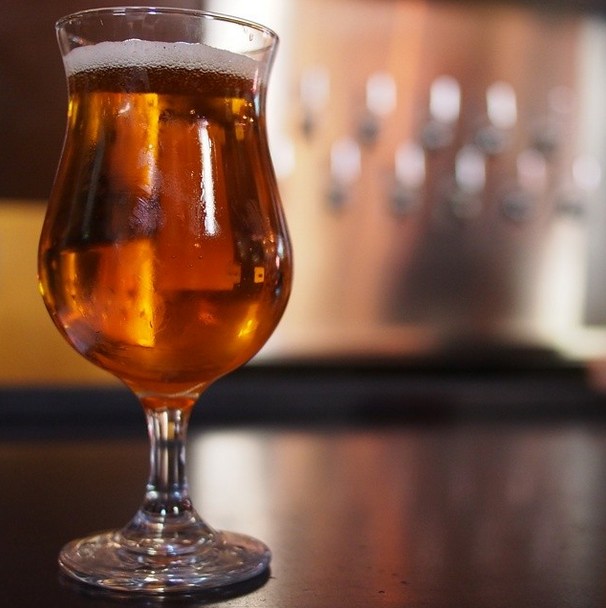 The West Valley is home to one of Agoura Hills’ best-kept secrets- Ladyface Alehouse and Brasserie. An Ale-Cam on the Alehouse’s website keeps you up to date on the most recent flows from tap. One of their most recent weekly casks was the Scary Cherry, a La Trappistine with sour cherry coke gummies. What will this week’s be? The ales at Ladyface are superb, but they also share the stage with specialty ales on tap from local breweries and other unusual Belgian imports.

Sometimes the bars without all the frill are the ones you’ll want to spend your money in. So be daring and invest some time at this humble art deco neighborhood bar where California craft beers are celebrated vigorously.

Pico Boulevard’s mainstay beer bar has been named “One of the top bars in the country,” 2010, 2011, and 2012 by BarFinder.com. For 25 years Phil McGovern, owner of The Daily Pint, has kept the beer list flowing and possesses the most extensive selection of single malts in the western U.S. Craft beers here are rotated almost daily and include beers from local craft and microbreweries. To be exact, 33 beers are always on top, three on cask and over 100 bottled beers are chilled and ready to serve. Food is not served here, but Phil offers menus from neighboring restaurants. 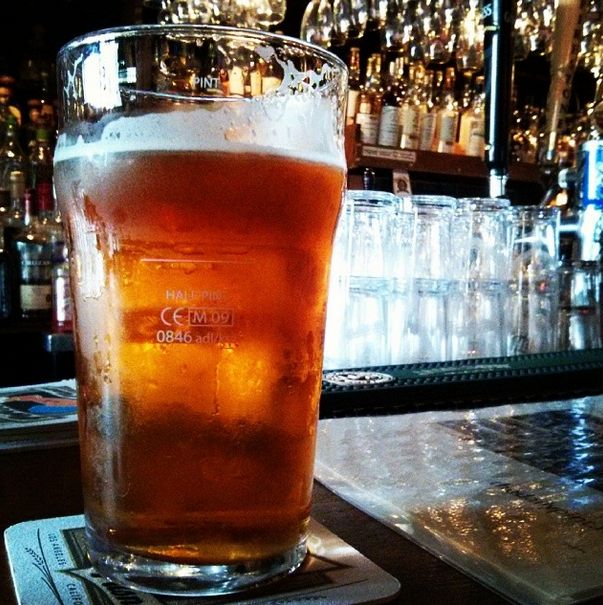 First off, you’ve got to love the motto here, “All Craft. All Draught. All California.” At Tony’s only California beer is offered because of the belief that the brewer would want it that way, sans travel and storage pitfalls. California craft beer supporters have a selection of 38 regularly changing beers on tap. Disclaimer- if you’re not a beer connoisseur just yet, not to worry. Tony’s website gives a link to their personal beer styles information page and Beer Advocate’s guide to beer styles. Enjoy!

72 beers are on tap at the former 100-year old Vaudeville theater in Echo Park. Here is another bar that believes in supporting local, small-scale breweries. On the menu you’ll find favorites from Anchor, Bear Republic, Coronado and North Coast. If I could make a suggestion, I’d say let’s pretend it actually gets cold here in Los Angeles and drink a Hefeweizen out on their patio next to the fireplace.

Barbara’s at the Brewery

Have a favorite bar for craft beer that didn’t make our list? Let us know in the comments below!

Thanks again to John and Julie over at Beer of Tomorrow for their input and the pics. For more of their great beer photos, be sure to follow them on Instagram @beeroftomorrow.