I guess I am way to young to remember this (ahem) but apparently California motorists used to have the option to put black and yellow license plates on their vehicles.

And now, well, they’re back!

According to the LA Times, the black plates (previously produced from 1963 to 1969) are now available via a piece of legislation sponsored by Los Angeles Assemblyman Mike Gatto and some 7,500 potential customers. 7,500 is a key number because it represents that minimum required for the California Department of Motor Vehicles to being production.

The new legislation, titled Gatto’s AB 1658, was originally introduced in 2012 but only this week did the DMV begin production of the black license plates. Customers who placed orders will should have them within the next three weeks (which means you’ll soon be seeing them on the road).

Gatto’s office released this photo of what the plates look like.. 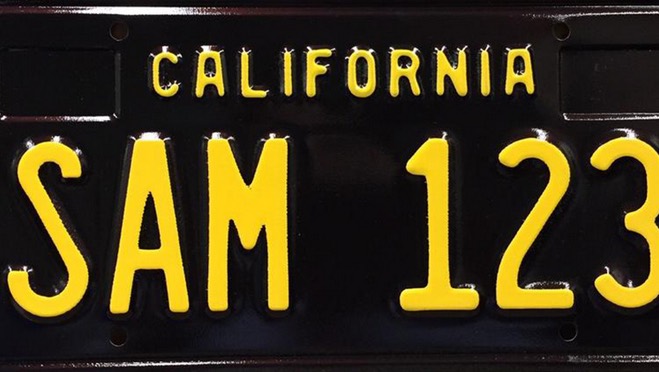 This is what the new black California plates would look like.

The new/old plates, which will cost $50, can be ordered by anyone, regardless of a car’s age. And yes, just like your regular CA plates, the black editions can be personalized and will also be available for motorcycles (there is also an annual renewal $40 fee you have to pay as well, as with all novelty plates).

So… do you want one?