In downtown Los Angeles, the answer to that question will soon be a resounding yes.

This past Thursday The Metro Board voted to approve Metro’s selected vendor, Bicycle Transit Systems, Inc.  (BTS) to launch a long-awaited regional bikeshare program in Los Angeles County. The vote awards an $11 million contact to BTS to install some 1,100 bikes at over 65 stations across downtown, including at Union Station, The L.A. Convention Center, Staples Center, Grand Park/Music Center, 7thStreet/Metro Center, Grand Central Market, Pershing Square, and The Arts District. 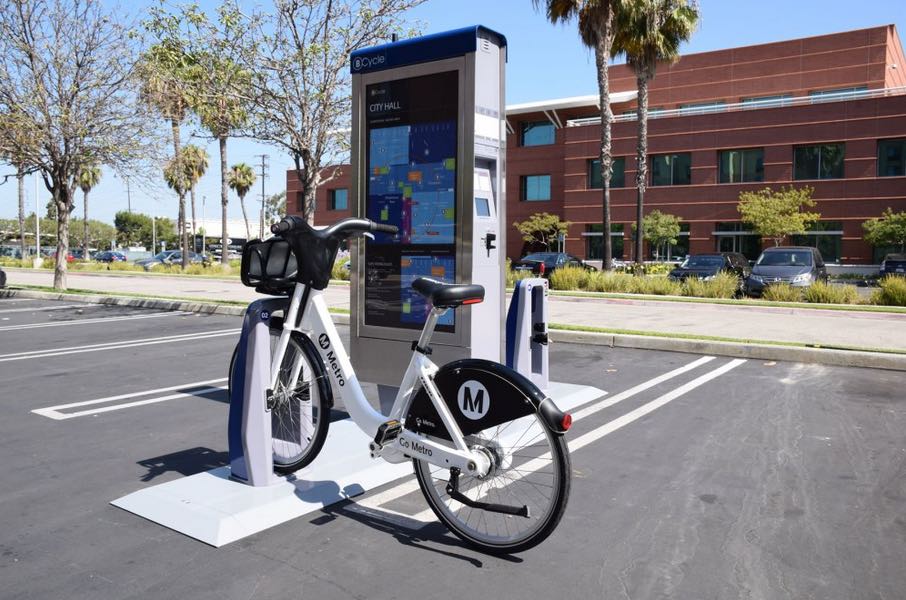 Image via The Source / Metro

For citizens, here’s how the program works:

Fares for the bikesharing program are still being worked out and will be considered at future Metro board meetings.

The initial pilot program in DTLA is the first step towards full county-wide implementation. The next target community could be Pasadena in 2017, with a long-term goal to to make 4,000 bikes available in 10 communities around the county.

Mayor Eric Garcetti was one of several Metro board members who previously authored a motion in support of the program:

“We are building new ways for Angelenos to get around. Riding a bike is another option people can use to commute to work or explore the region. Today marks the first step in Metro’s plan to bring bike share to cities across the county.”

“I am tremendously excited that we are moving forward with bikeshare in L.A. and that we are focusing on developing a system that will connect our neighborhoods through interoperable systems. It defies logic that snowy cities around the country have had bikeshare for years, but a city like Los Angeles, with our wonderful weather and communities begging to be biked, still hasn’t gotten this done yet.”

Make sure to read the official press release via Metro’s news blog for all the details on the program.