Whichever candidate you’re pulling for on Tuesday we can all agree that this year’s Presidential election campaign has been perhaps the most nerve-wracking and stomach churning affair in recent memory.

But your one lifeboat of solace in this sea of uncertainty? Lots of election day food and drink specials happening around the city of angels. So matter how the results come in at least you’ll be celebrating / lamenting them on a full stomach.

Just remember to vote (and not only because it’s your civic duty, but because you’ll need that sticker to unlock several of the specials below…) 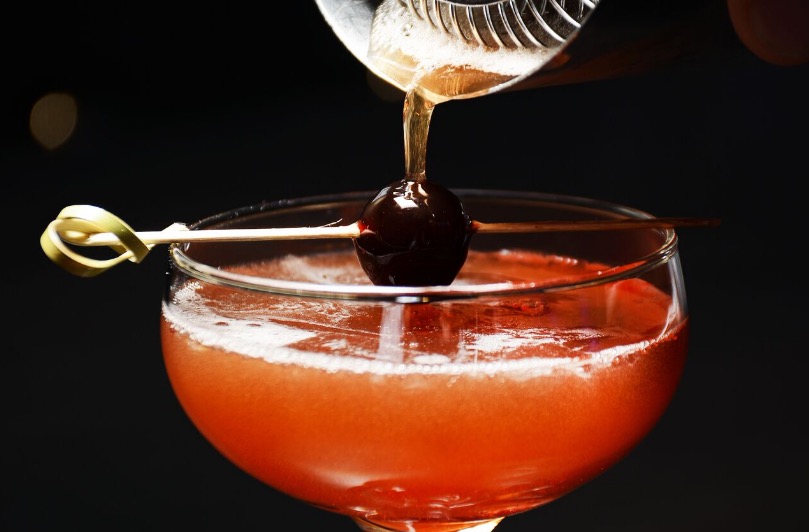 An Old Fashioned at Hyperion Public

1. Tobin Shea, beverage director of Redbird DTLA, has created a cocktail for each state in the Union, and they’ll be served (state by state) at Big Bar’s 50 States / 50 Cocktails party. The evening will also feature a special edition of Mixtape Mixology with 50 songs dedicated to each state. The party starts at 4 p.m. (when some polls close on the east coast).

2. Plan Check is serving up a pair of  perfectly named spicy burger specials on Election Day / Night: The Nasty Woman Burger and the Bad Hombre Burger.

3. The Wallace in Culver City will be offering a ‘Make American Drunk Again’ menu for election Tuesday featuring $8 cocktails, $4 beers on tap, and an $8 bucket o’ chicken.

4. The Abbey Food & Bar will host an Election Day Party co-presented with the Human Rights Campaign. The Election will be on all screens with full volume as the results pour in.

5. K Ramen. Burger. Beer. at The Americana in Glendale will be giving 20.16% off anyone who rocks their “I Voted” sticker on Election Day.

7. All local locations of Public School (PS213, PS310, PS805, PS818) will be doing Beer Pong with Hillary Clinton and Donald Trump on the beer pong balls. Also, there will be “Recess” (happy hour) all day long. 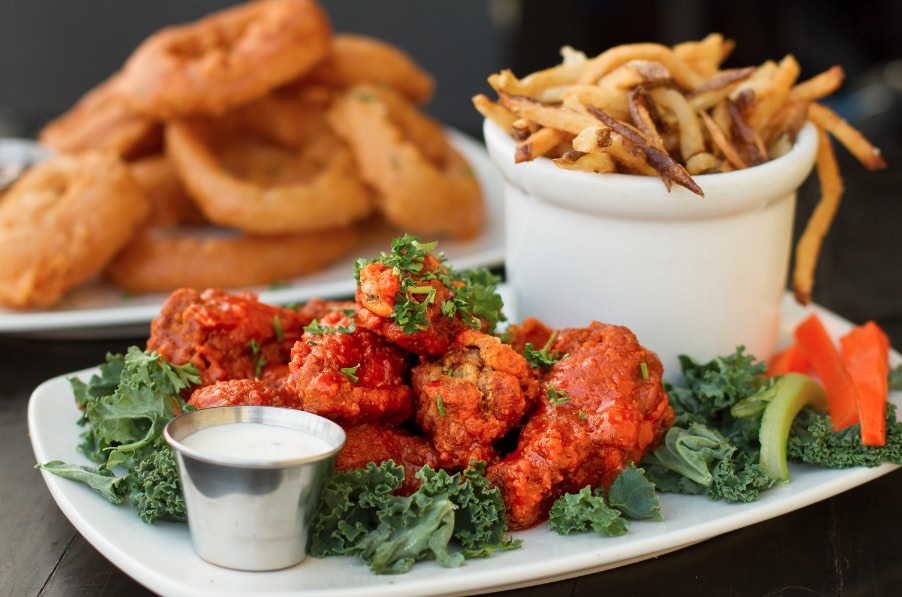 Photo via The Morrison

8. On both Monday and Tuesday from 3 p.m. to midnight The Morrison restaurant will be offering a free beer or wine from the happy hour menu (when purchasing an item from the regular menu) to all customers +21 that display an ‘I Voted Sticker.” To all underage voters (18-21) the restaurant will be serving a complimentary bread pudding! Limit of one per person.

11. MiniBar invites Angelenos to celebrate “Our First LADIES NIGHT (Not First Lady’s Night)” on Tuesday, Nov 8. Happy hour will take place from 5 to 7 p.m. and will feature an all-female playlist and a free order of Mick’s Triple Cooked Fries, redeemable upon wearing the “I Voted” sticker!

12. The Detour Bistro Bar in Culver City is going to be cheering you up on Election Day next Tuesday, Nov. 8, offering HAPPY HOUR ALL DAY (11am to 11pm) and, every customer who shows up with a “voting” sticker, gets a free red OR blue shot of their choice. Happy hour offerings include

13. Hyperion Public Silver Lake and Hyperion Public Studio City will offer a range of election-day eats under $6 including the Grilled Cheese, Crispy Shrimp Tacos, Chicken Fries and Asian Steak Lettuce Cups. Drink specials will include Canned PBR and Tecate for only $3.00.

14. Taste on Melrose will be offering an election day party with a giant projection screen, two bar TV’s and an all-day happy hour menu which will include $6 house cocktails, house wine, a Pomegranate Basil Sangria, draft beers and much more! In addition, any guest who shows their “I Voted” sticker will receive a complimentary sparkling wine with purchase.

15. Show of your “I Voted” sticker on Election Day at MessHall Kitchen and you’ll get a free side with your order of any entree. Options include House Fries, Crispy Cauliflower, Cheese-ee Grits, Olives + Herbs, and Rainbow Carrots.

16. Krispy Kreme Doughnuts will be offering any guest wearing an “I Voted” sticker indicating he or she voted will receive one free doughnut of choice on Nov. 8 at participating U.S. shops.

17. You can get a free order of Mick’s Triple Cooked Fries by showing off your “I Voted” sticker at Hache LA on Election Day / Night.