Get ready to celebrate all things Italian at Hollywood’s Feast of San Gennaro, back celebrating their 14th anniversary this year on September 25 through 27.

The three-day festival will fill the streets of Hollywood with savory smells of Italian sausage and peppers, meatballs simmering in homemade sauce, baked clams on the half shell, warm cheese on perfectly crusted pizza and sugar-powdered zeppole. Patrons can also enjoy cold glasses of sangria and listen to the sweet sounds of opera, jazz and big band late into the night! 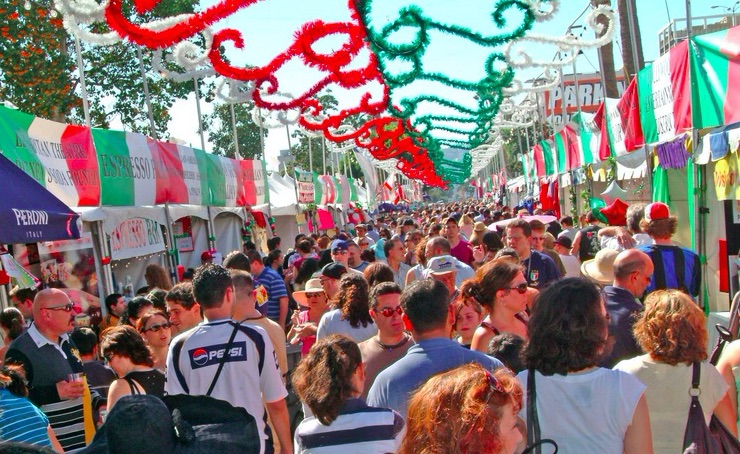 In addition Galbani Cheese’s very own Chef Marco will host some Italian inspired contests during the festival which include a “Galbani Cheese Building Contest for Charity” and a “Gravy-Sauce Cooking Competition.”

St. Gennaro, the patron saint of Naples Italy, worked tirelessly to help people in need and is the inspiration for the Feast created in his name. The Mass and Procession of St. Gennaro on Hollywood Boulevard begins at 11:00am on Saturday, September 26th, presided by Monsignors Montoya and Cacciapuoti.

General admission is $5 and kids under 12 get in for free.

The festival venue is located across the street from the Hollywood and Highland complex and Metro Red Line, at 1651 N. Highland Avenue, one block south of Hollywood Boulevard. A second entrance can be found at 1651 N. Orange Avenue.