Exactly 25 years ago tomorrow (April 24, 1990) the Hubble Space Telescope was launched into orbit around the earth, allowing us a new lens through which to see the far reaches of the universe and forever changing the way we understand the cosmos.

This weekend at the Griffith Observatory they’ll celebrate the quarter century anniversary of that achievement with a series of free events, including discussion panels and commemorations designed to educate the public about the importance of the Hubble Space Telescope and inspire a greater appreciation for the ongoing discoveries in astronomy.

There will also be a ticketed (paid) event on Monday featuring astronomers and engineers who have worked on maintaining the telescope over the years discussing the past and future of space astronomy.

Check the full schedule of events after the jump! 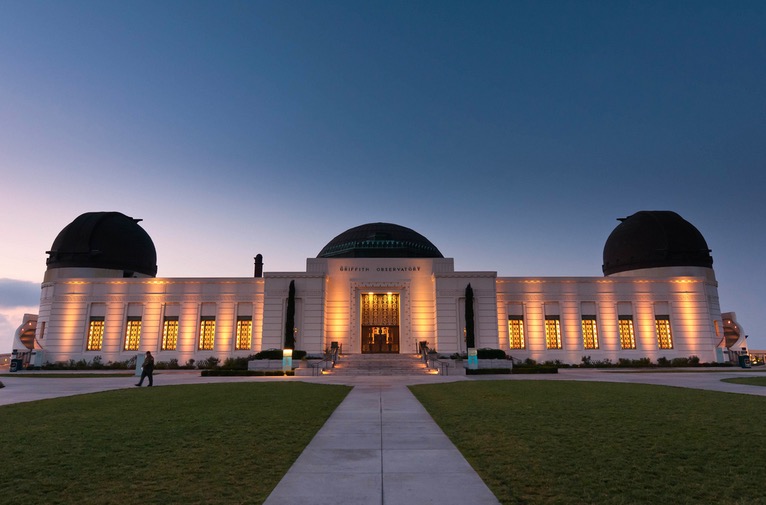 Hubble at 25: A Discovery a Day

Ever New: Hubble Through The Years

NASA astronaut Mark Vande Hei comes back to Griffith Observatory to share what it is like to train for a mission to the International Space Station. Meet Colonel Vande Hei and learn what it takes to be an astronaut.

Beyond Hubble: The Future of Space Astronomy

What amazing telescopes will follow Hubble? NASA and aerospace engineers have designs and dreams to take our vision even deeper into the universe and answer some of astronomy’s most puzzling questions.
Dr. Ken Carpenter (NASA/Goddard Space Flight Center)

The James Webb Space Telescope – The Next Great Space Observatory

The James Webb Space Telescope will be NASA’s next great space observatory. The telescope will be launched in 2018. Unlike Hubble, it will not orbit Earth. Instead it will orbit the sun in a special location about a million miles from Earth. Learn more from the engineers and scientists who are building it.
Mr. Scott Willoughby (Northrop Grumman Corporation)
Dr. Amy Lo (Northrop Grumman Corporation)

Astronomers and engineers involved with the Hubble Space Telescope recount Hubble’s amazing story of 25 years of discovery and take a look at what comes next in space astronomy.