Highland Park Bowl is Here and it Looks Friggin’ Awesome

Originally established in 1927 during the prohibition era the bowling alley’s historic roots have slowly faded away over the years through a series of remodels and name changes.

Most recently it was known as Mr.T’s bowl, a venue more famous for live music than bowling.

When Mr.T’s went up for sale the 1933 Group (Idle Hour, Bigfoot Lodge, Harlowe, Sassafras, La Cuevita, Thirsty Crow) purchased the building and took on the project to restore Highland Park Bowl back to its original grandeur.

After a year and a half of stripping away layers of remodeling, the original finishes have been restored and/or repurposed.

Today the original bow-truss ceilings, eight skylights, play-able eight-lane bowling alley and a massive forest mural from the 1930s have been given another chance to wow a new era of patrons. 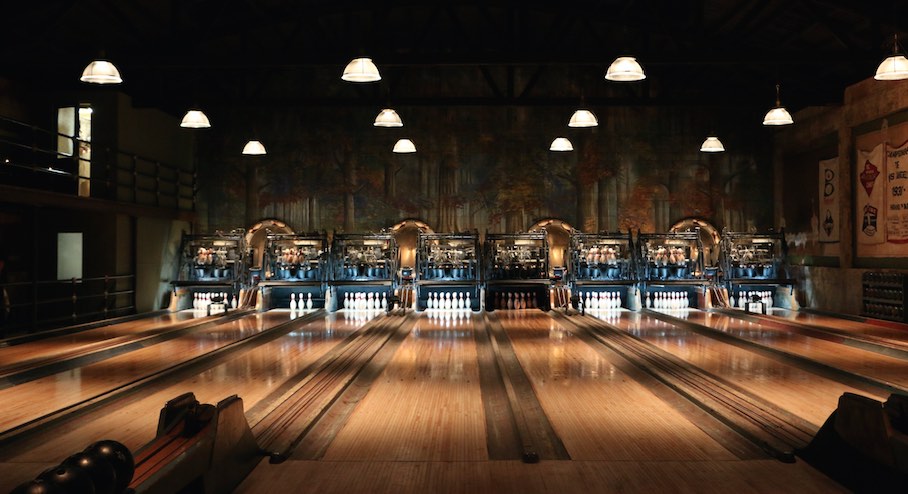 On top of the remodel comes a brand new food and drink program.

Chef Richie Lopez oversees the food menu, which includes Neapolitan-style pizzas and dishes like Chicken Milanese, meatballs and calamari fritti. Known for top notch drink programs the 1933 Group decided to put a modern spin on the classic cocktail menu with drinks like The Dude Abides their take on a White Russian. Plenty of beers will also be on tap as well as Old Fashioneds and Moscow Mules for quick service. 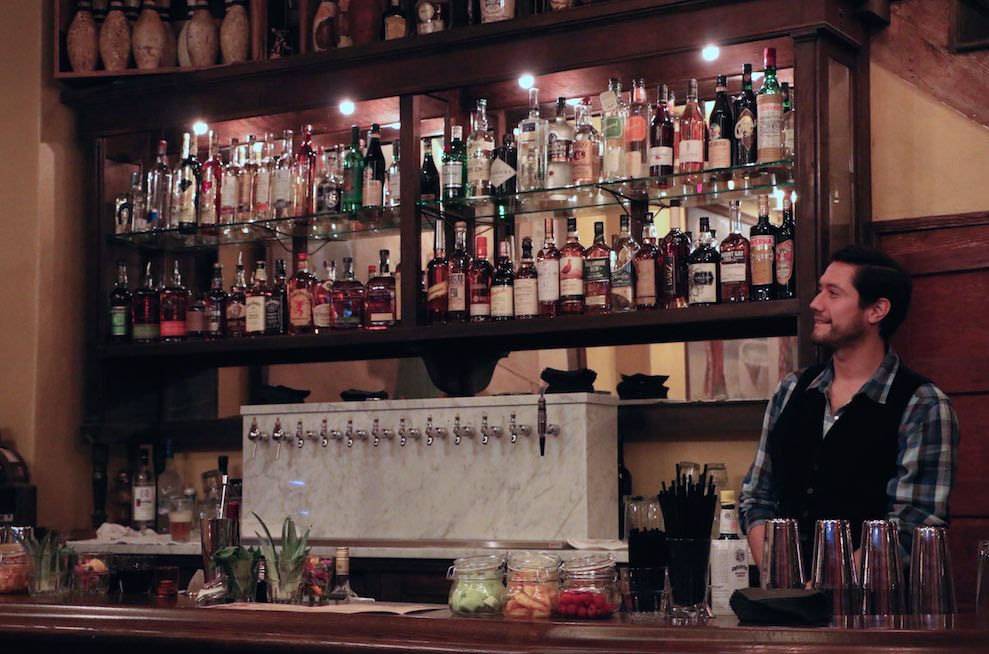 One of three bars at the new Highland Bowl. Photo credit: Christina Minh / We Like L.A.

So far the renovations have cost around $2 million but more work is yet to come.

Next year the plan is to add in a listening area called Mr. T’s Room in the former record store space as well as a microbrewery. 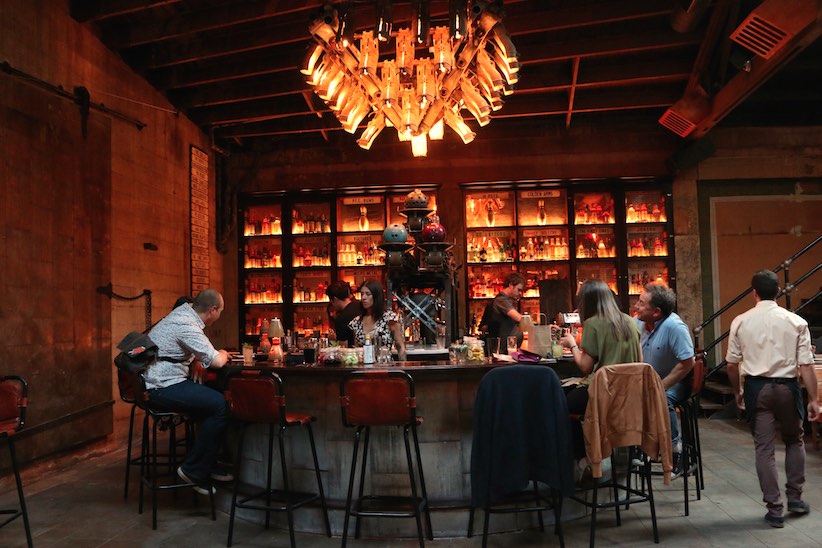 Another of the bar spaces at Highland Bowl. Photo credit: Christina Minh / We LIke L.A.

Bowling prices are on a per lane and hour basis, prices vary depending on the day, they start at $40 per lane during the week (5-8 p.m.) and go up to $60 per lane on Saturday nights (8 p.m. to close). The cost is good for one hour of bowling, and you get a lane all to yourselves which holds six bowlers.