FREE Party at the La Brea Tar Pits This Friday!

The folks at the La Brea Tar Pits and the creators of the 5 Every Day App (or as you might know them, the band Yacht) are teaming up for an awesome event this Friday that you definitely need to know about.

The shindig is called It’s The Pits, but it sounds anything but.

The evening is being billed as a “science-skewed creative salon” featuring artists, film screenings, music, cocktails, food trucks and unique tours of the museum and grounds.

And the coolest thing about it all? Totally free.

The not-so-cool news (at least for the late-comers) is the RSVP’s for the event via the La Brea Tar Pits website have been filled. However, according to the organizers they’ll allow in an limited number of additional guests at the door on a first-come, first-serve basis.

There is no official word on the number of extras they’ll be letting in or the optimal time to arrive if you want to guarantee a spot, but I imagine the answers to those questions are “not that many” and “very early!”

Things are slated to kick off around 7:00pm this Friday, January 15 and should be concluding around 10:00pm.

I’ve listed the event contributors and entertainment rundown below (via the official Facebook Event Page) so you can make a judgment call about whether it’s worth it to chance it at the door. 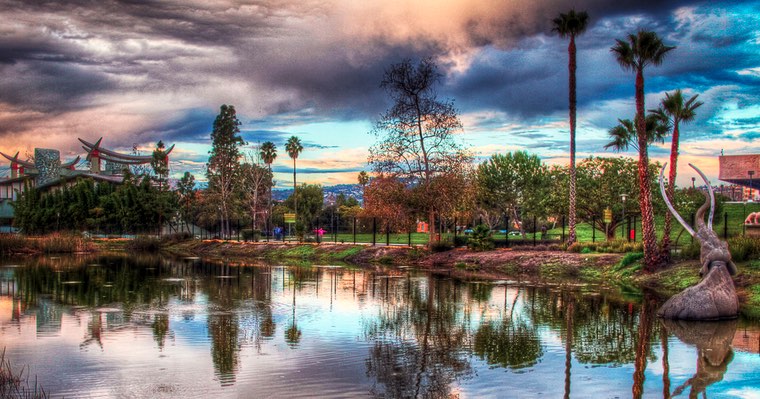 Tom Carroll is the host of the web series Tom Explores Los Angeles, which ventures into forgotten corners of the city to uncover Los Angeles’ hidden histories. Tom will guide offbeat historical tours of the Museum grounds.

Jasmine Albuquerque is a dancer, choreographer, and instructor. Her current work with the dance company WIFE combines surrealist animation, movement, and technology to tell the myths of the future; Albuquerque will perform a site-specific piece in the plant-filled central atrium of the Museum.

Jherek Bischoff is equal parts composer, arranger, producer and multi-instrumental performer. Bischoff and a string quartet will perform among the Ice Age fossils.

Ghosting.tv is a hangout for experimental animators, video artists, and the people who love them. They will take over the Museum’s theater with a curated selection of mind-bending video and animation.

dublab is a non-profit, online radio station dedicated to the growth of music, arts and culture. Their skilled DJs will be spinning throughout the evening.