The L.A. Derby Dolls are Back for 2015 And They’ve Got a Brand New Home in El Sereno

You might not have seen them, but you’ve almost certainly heard of them… and now they’re back for 2015!

Founded back in 2003, The L.A. Derby Dolls are one of California’s largest all-female derby leagues with more than 150 adult skaters and 130 junior (ages 7 to 17) skaters.

They’re also somewhat of a nomadic group, having trained and competed in venues all over Los Angeles, including Hollywood, Chinatown, and Little Tokyo.

Unfortunately for the Derby Dolls their most recent home track (The Doll House), located in Echo Park, had been slated for redevelopment for some time, meaning the Dolls were getting the boot and needed to find a new place to skate.

That’s when the organization turned to crowdfunding. And guess what… it worked! 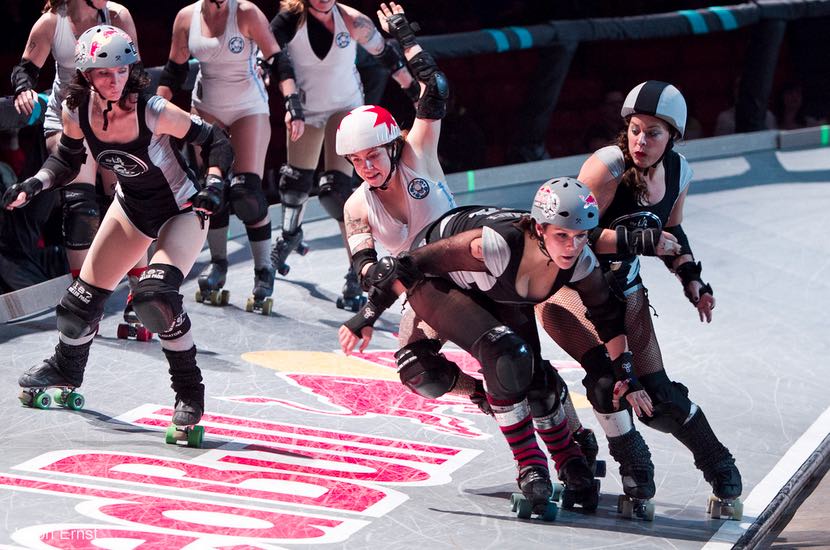 Now, nearly one year after successfully funding a $100,000 Indiegogo campaign, the Dolls are set to reboot for another season of roller derby at a brand new location on the east side of Los Angeles. A new track will be in the El Sereno neighborhood of, at 4900 Alhambra Avenue, near the 10 and 710 freeway.

According to a press release put out by the Derby Dolls:

“The new 31,000 sq. ft. facility will allow the Derby Dolls to continue training programs for both junior and adult skaters and referees, producing world class roller derby entertainment, and hosting community service events like community job and health fairs and charity fundraisers for organizations like the Down Syndrome Association of Los Angeles.”

If you’re interested in checking out the L.A. Derby Dolls this year, the 2015 season kicks off on May 16th with a double-header featuring Derby Dolls home teams Fight Crew and Sirens (2014 season champions), with a juniors opening bout featuring Jr. Fight Crew and Jr. Sirens.

For more information on the L.A. Derby Dolls check out their official website.