Beer is vegan, right? Well, yeah, most of the time (I’m looking at you, Guinness). But just in case you’re a vegan looking to celebrate Oktoberfest in a serious way and need to know everything you imbibe is on the level, well, we have an idea for you.

Enter the 2nd annual Vegan Oktoberfest, the world’s first event to marry an authentic Oktoberfest celebration with an all vegan menu. This year’s edition takes place on the weekend of October 3-4 at LA Center Studios in DTLA.

Due to last years sold out success the Vegan Oktoberfest is coming back in an even bigger way this time around with a spacious new venue, killer Oompah bands, tons of Bavarian maidens and lederhosen lads ready to party, and of course, refreshing and delicious vegan craft beer poured to perfection by dozens of great breweries.

Guests will also have the chance to show off their skills and win prizes in stein holding contests, chicken dancing contests and costume contests! 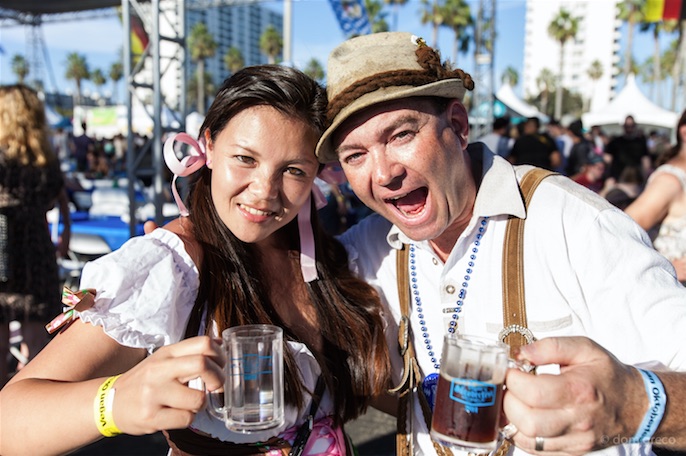 Festival goers will receive a complimentary beer stein with unlimited beer samplings throughout the event. In addition, many food vendors are creating exclusive menu items that are only available at Vegan Oktoberfest. Participating food vendors include many of LA’s most acclaimed vegan restaurants such as Sage Organic Vegan Bistro, Kind Crème, The Ridiculous Baking Company, The Green Truck, Divine Dips Ice Cream, and BlodeKuh Artisan Vegan Cheese.

Tickets cost $45 for General Admission, $55 for VIP admission, which grants entrance an hour early and $15 admission for non-drinkers. For more information and to purchase tickets, visit the official website.

Pro-tip: A limited amount of discount tickets are available via our friends at Goldstar (about $15 off general admission) while supplies last.

Be sure to compare prices before you make any ticket purchase.

Some proceeds from the Vegan Oktoberfest go to Expand Animal Rights Now, an organization dedicated to using the legal system to help animals.