LAX in 1954: The Los Angeles Love Affair with Air Travel 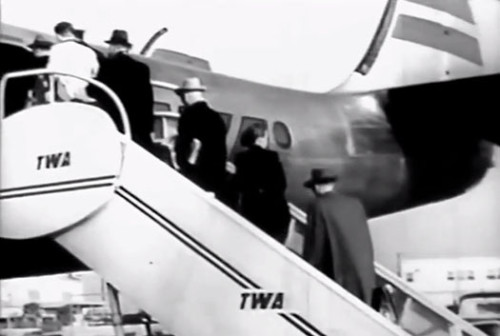 60 years ago Los Angeles had a love affair with air travel that seemed like it would span forever, and all we need to understand that love is take a trip down memory lane.

The below documentary is a testament to the awe and wonder that our civic population felt about the nature of flight during that time, and the game-changing progress of technology during that period. Basically, we had a huge hard-on for air travel, the airport was a massive revenue generator, and airplanes hadn’t yet been thought of as potential terrorist weapons to be hijacked and used as over-sized missiles.

Nowadays, I guess we see getting through the airport as a massive chore, the security implications treacherous, and the act of flight itself so routine it’s practically like ordering a deli sandwich on your lunch break. But not then.

Of course you don’t take my word for it, just watch the film already! It’ll feel like 8th grade history class all over again 🙂