In the wake of Coachella, Make Music has got you covered with an eclectic array of musicians set to take over historic Pasadena.

The 9th annual music festival will take place Saturday, June 11 from 11 a.m. to 11 p.m. throughout downtown Pasadena, which includes Old Town and the Playhouse District.

With some 50,000 people expected in be in attendance, Make Music Pasadena lays claim to being the largest free music festival on the west coast.

The all-day event will feature more than 150 musical acts set to perform on six main stages and 30 smaller stages set up throughout Downtown Pasadena.

Our #makemusicpasadena lineup is live! Mark your calendars and start planning an incredible day in gorgeous historic Pasadena. *** Who are YOU excited to see? #mmpasadena #oldpasadena #playhousedistrict #onlyinoldpas #pasadena #summer2016 #musicfestival

In addition to local restaurants and boutiques  there will be food trucks available and the Pasadena Transit buses will run FREE all day to get you from one stage to the next and there will be live music on board.

The show runs the gamut as far as genres go from indie-folk to synth-pop to reggae and punk (see list below, more acts are set to be added). 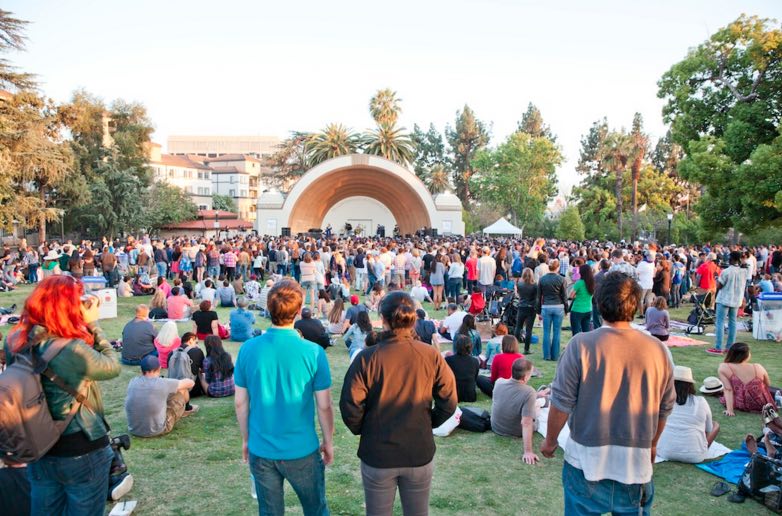 Other confirmed acts include:

More acts may still be added, and exact set times are still TBD.

For more information and to stay updated on the latest news regarding the 2016 event, visit makemusicpasadena.org.