Melrose Rooftop Theatre Comes to E.P. & L.P. Starting in May 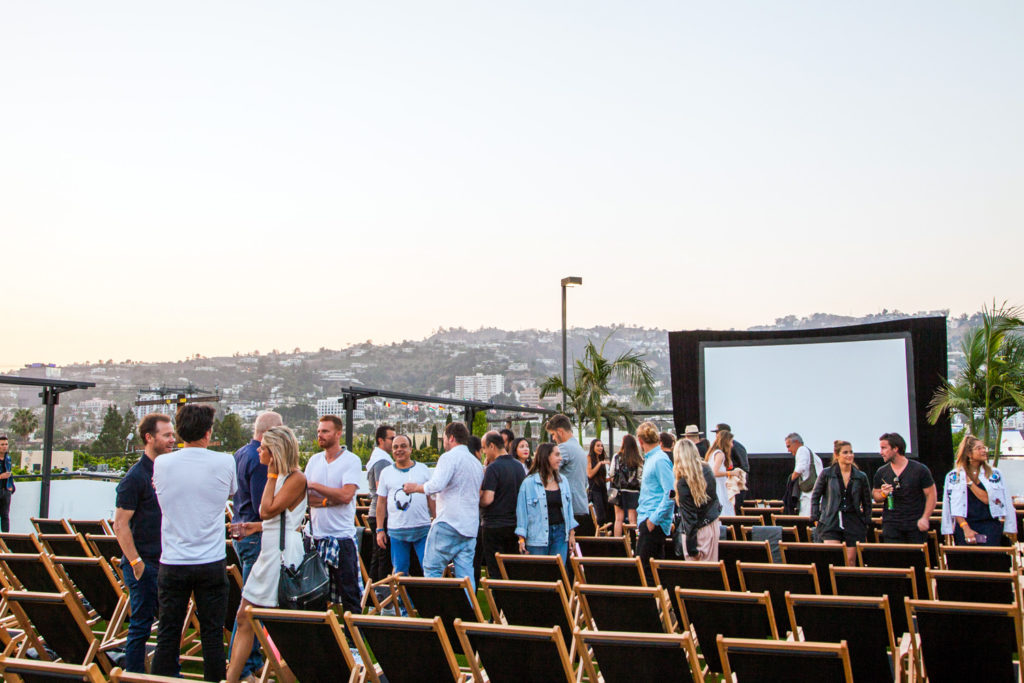 E.P. & L.P. in West Hollywood is one of the prettiest patios if you’re looking for a cocktail and a view, so it’s only fitting that they host a rooftop cinema series. Melrose Rooftop Theatre comes to E.P. & L.P.  starting on May 1 with a screening of Pretty Woman.

MRT will take place every Sunday through Thursday from May 1 through November 15, screening over 100 different films, with a mix of genres, including cult classics and new-ish releases. There’s comedy (10 Things I Hate About You), horror (IT), drama (Moonlight), sci-fi (Blade Runner 2049), and romance (The Notebook). You can catch something like Coming to America or Pulp Fiction, or a more modern film like Black Panther or Star Wars: The Last Jedi. And if you missed the most recent Academy Award contenders, they’ll be screening some of those too. For instance, Best Picture She Shape of Water is on June 25.

Guests will head up to the rooftop, where they’ll grab a cushy bean bag seat and a pair of wireless, noise-canceling headsets. Differing this year from previous iterations is that all 100 seats are “VIP” bean bag chairs.

Tickets for just the film are $27.50. Or, for $65, guests will receive not only a ticket to the film, but a three-course, Southeast Asian meal at E.P. beforehand. (That price also includes tax and tip.) Dinner starts at 6 p.m., while the films start at sundown. Concession-style snacks, including popcorn and candy, and cocktails are available during every screening. Check out the full schedule and tickets here.

Also, if rooftop movies are your jam, you may consider Rooftop Cinema Club, which is back for its fourth season in Los Angeles starting in April.