Here’s The 2017 Schedule for Moonlight Movies on the Beach

Every year we do our best to keep you informed on the latest free and fun things to do in Los Angeles, and one of the top options to keep on your radar is the impressive array of free outdoor movie events to attend throughout the greater L.A. area.

Case in point, The Moonlight Movies on the Beach series is back for 2017, this time spread out over three locations along the coast of Long Beach at Granada Beach, Cherry Beach, and Alamitos Beach. Presented for this year by the Port of Long Beach, films will run on Tuesday and Thursday evenings starting on Thursday, June 15 with Rogue One: A Star Wars Story at Granada Beach.

Moonlight Movies invites guests to bring blankets, chairs, and towels to settle in for the evening show and there will also be dinner, snacks, and popcorn available for purchase. Showtime for each screening will be around dusk (approximately 8 p.m.), but we advise to get there early in order to secure parking and a prime seating spot.

Parking for each date is event, and amply available, according to organizers. You can check the full lineup of films and dates below. 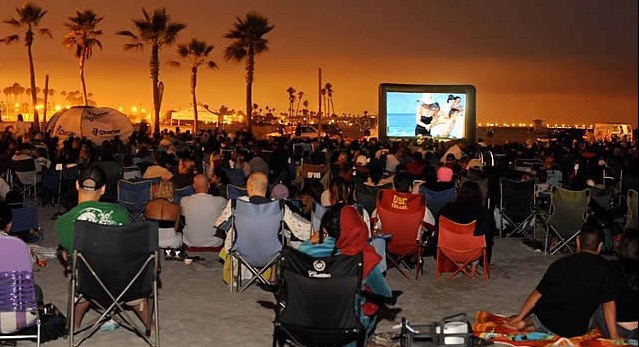 2017 Moonlight Movies on the Beach Schedule

June 15 – Rogue One: A Star Wars Story at Granada Beach

July 11 – Pirates of the Caribbean: The Curse of the Black Pearl at Granada Beach

July 27 – Charlie and the Chocolate Factory at Alamitos Beach

August 22 – The Sandlot at Granada Beach