UPDATE: Since we posted this morning the listing for the Rosenheim Mansion on Airbnb has been taken down.

Built in 1908 the Alfred Rosenheim Mansion is considered one of the most important estates ever built in Los Angeles. Declared as both a historical and cultural landmark the estate holds over 100 years of history. It also happens to be the the “Murder House” used on the first season of American Horror Story.

And now… you can totally Airbnb it.

Recently purchased in 2015 for an estimated $3.2 million, the mansion has 9-bedrooms, 4.5-baths and accommodates 16+ guests.

According to a new listing on Airbnb a stay at the Rosenheim Nansion will set you back $1,450 a night but if you can get 16 AHS fans to chip in that breaks down the cost to around $90 a person (not including the $1000 security deposit.)

In addition to AHS season 1, the mansion has appeared in a myriad of other televsion shows including Alfred Hitchcock Presents, Buffy the Vampire Slayer, Dexter, Dragnet, The Twilight Zone and The X-Files. 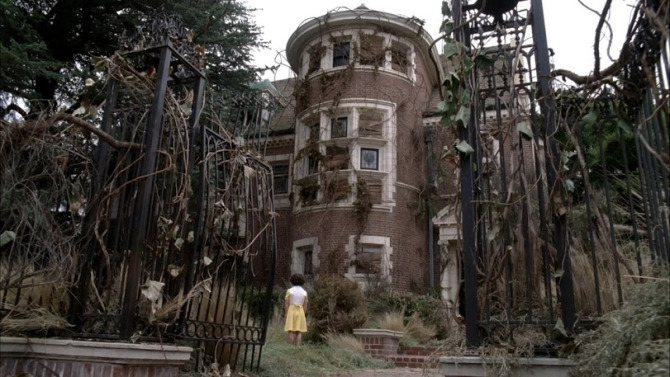 Worth it? We think the proof is in the rave reviews given by several Airbnb users calling the mansion full of history, gorgeous and exactly the way the house is described.

Although there is no evidence that the mansion is haunted it might be fun to play pretend for a night, who knows what your imagination can dream up.

The Rosenheim Mansion is located at 1120 Westchester Place in Los Angeles.