So These Are The New Parking Signs Going Up in Downtown L.A.

100 new parking signs will be placed on streets in downtown Los Angeles as part of a pilot program approved by a city council vote on Wednesday.

The new signs, heralded as waaaaayyyyy easier to understand than the previous models, will utilize color-coded grids to visualize illustrate the appropriate park and no-park times each their designated zone.

“I think we’ll be the first city to actually adopt this,” Councilman Paul Krekorian told NBC 4. “It’s just a matter of simple fairness. If we expect people to comply with the law, we ought to make the law easily accessible for them.”

Here’s what a comparison of new and old signs looks like, per Curbed LA. 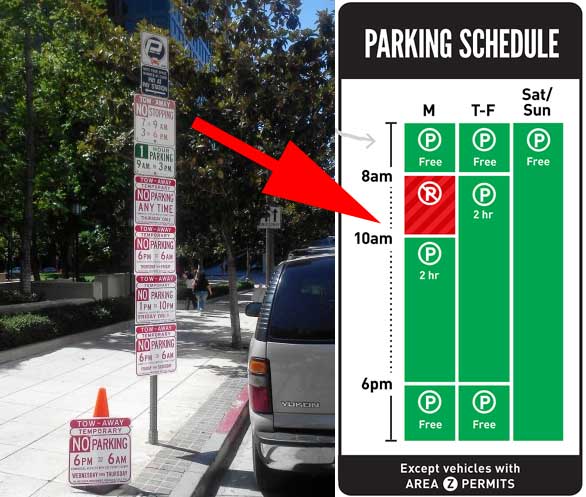 And here’s a close-up shot of one of the actual signs from NBC 4. 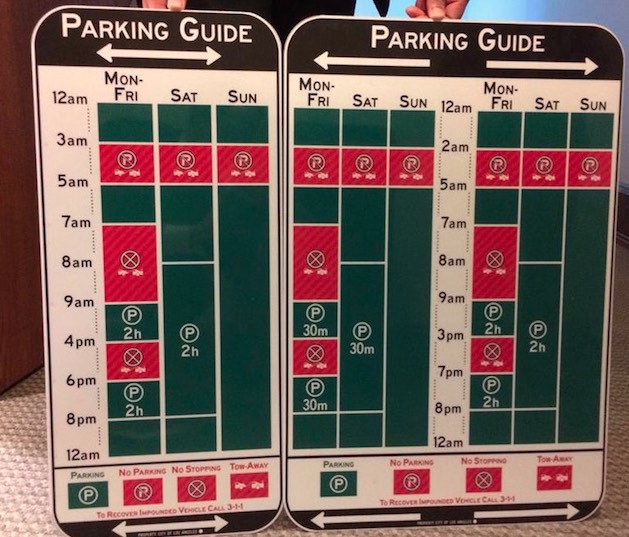 The hope is that the new signs will generate increased comprehension from motorists about when it is and isn’t ok to park on particular streets, thereby decreasing ticketing.

Said Mayor Eric Garcetti: “That is not what tickets are for. We should get people in and out of shops. We should allow people to find a good place to park.”

Question is, are these signs a move in the right direction? What do you think?