Grand Park is about to throw some serious shade… and I mean in that an extremely literal way possible.

The Music Center has just announced the winner of A Cooler Grand Park, a design competition that solicited Los Angeles area visual artists to submit unique concepts for a permanent shade structure to be built in the park’s Olive Court.

The design was created by local artists Elenita Torres and Dean Sherriff:

According to the artists’ design statement:

“The movement of taking flight represents the feeling of our spirits being lifted, similar to the calmness one experiences in Grand Park. All of the plane are individuals…yet flow together, immersing and interacting as one…they all fly differently…Every time you create a paper airplane, you create a different experience. Some will soar into the sky; some will dive into the ground; and some will fly further than you ever thought possible…Our intent is to not only have the paper airplanes serve as shade, but also provide another striking focal point for the park, visible from all angles to bring people in from afar and in every direction.”

Check out some images of the winning structure here… 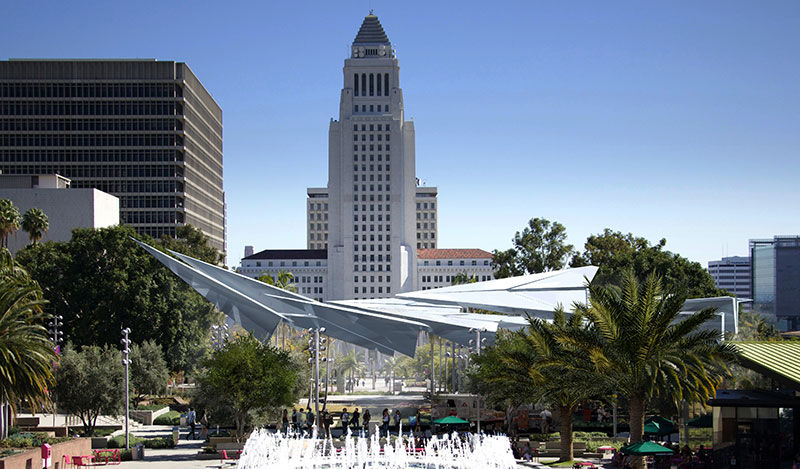 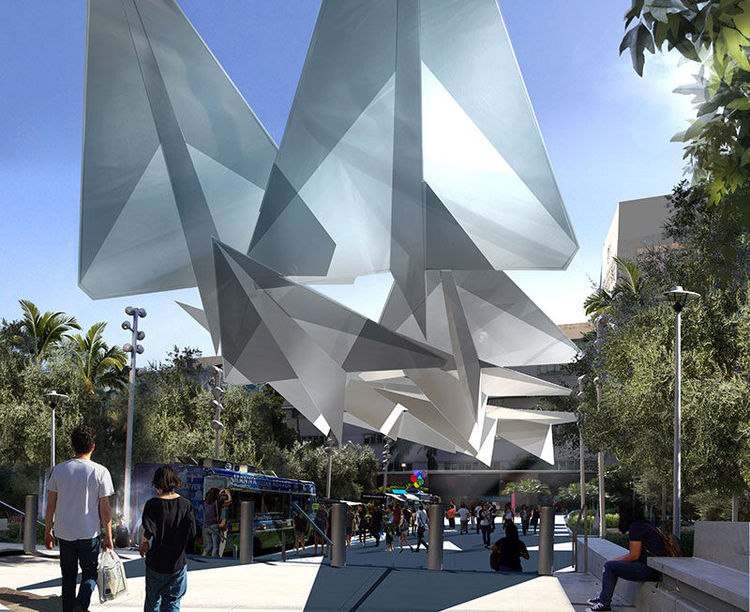 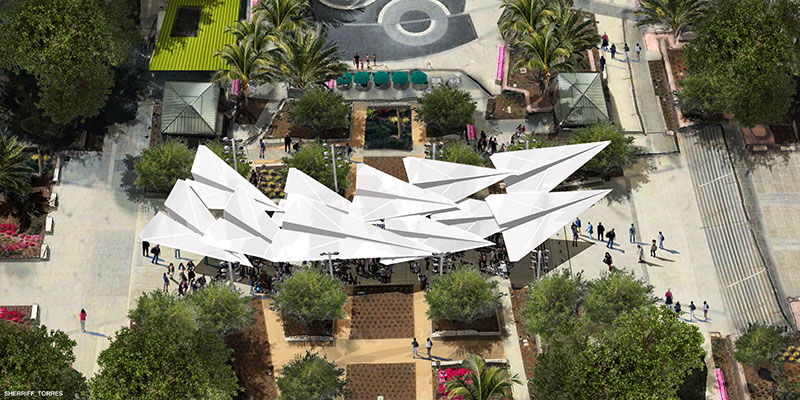 According to Grand Park Director Lucas Rivera, while some 59 design submissions were considered, Paper Airplane was the “overwhelming favorite.”

The design competition and subsequent build out is being made possible $100,000 grant from the Goldhirsh Foundation’s My LA2050 challenge, and the two winning artists will receive a $15,000 commission.

Word is the new structure is expected to go up sometime in June of this year.