The Perseid Meteor Shower Peaks This Week! Here is Where to Watch Near L.A…

“If you see one meteor shower this year, make it August’s Perseids…”

At least, that’s what NASA says.

If you’re not already familiar, the Perseid meteor shower is an annual phenomena that takes place from around July 17 to August 24 when planet Earth crosses the orbital path of Comet Swift-Tuttle.

Debris from this comet litters the comet’s orbit, and when these debris intersect earth’s trajectory, that’s when the magic happens.

The bits and pieces slam into the Earth’s upper atmosphere at some 130,000 miles per hour, producing beautiful trains of light in the process. NASA estimates that the 2015 meteor shower may produce up to 100 meteors per hour.

Furthermore, this year’s Perseids should be exceptionally spectacular because there will be no moonlight (which dims the affect of the shower) during its peak activity. Basically, less ambient light = better show. 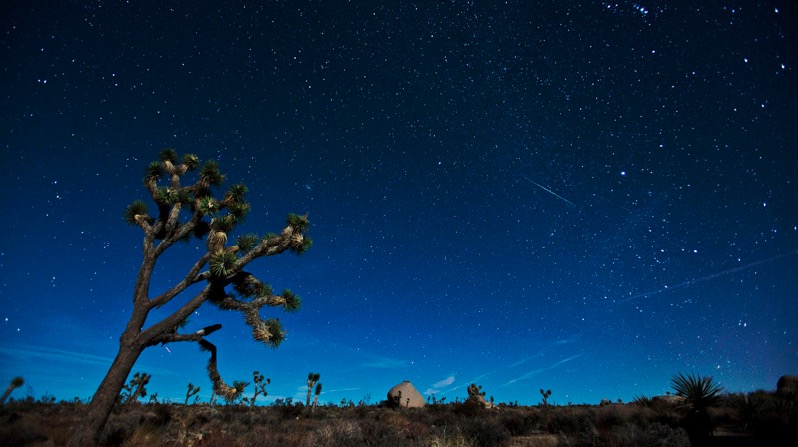 Now as for where to watch the meteor shower, you probably realize that city light will mask your visibilty of the show if you live int he city, but there are some options within a reasonable (1-2 two hour drive?) that you might want to explore.

First off, the Griffith Observatory has offered some guidelines for best viewing which I will quote here:

“The best way to watch a meteor shower is to travel to a wilderness area or campground that has a dark sky, when the Moon is not in the sky during the meteor shower. Most meteor showers are strongest from after midnight and until dawn. The estimated numbers of meteors per hour are what can be seen from a dark sky location in southern California. Dress warmly and lie back on a deck chair or lounge, so you are looking up at the sky. Don’t look at bright lights like flashlights or cell phone displays which can desensitize your eyes for ten minutes or more.”

Areas such as the San Gabriel Mountains, Cleveland National Forest,Angeles National Forest, Los Padres National Forest, the Mojave Desert, and Anza Borrego Desert might offer the best viewing of the Perseid meteor shower. The key is that each location is remote enough away to be devoid of any city light pollution and also will offer an unobstructed view of the sky. 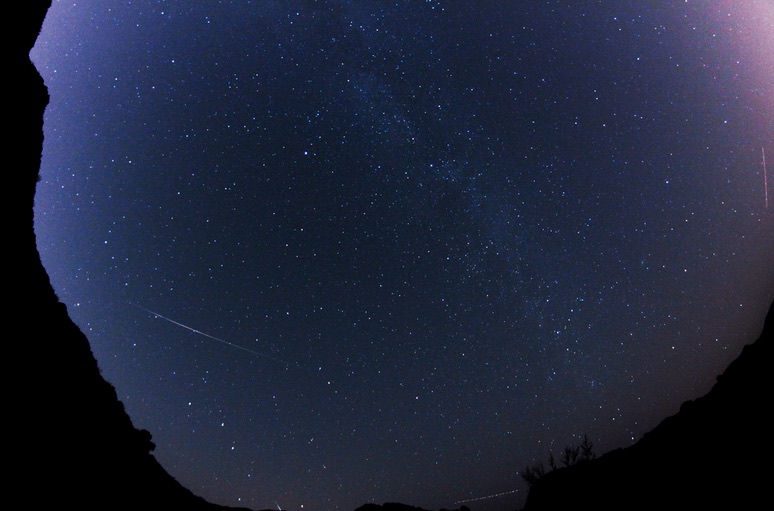 Perseid Meteor Shower from Azusa Canyon. Credit Mulling it Over via flickr

Secondly, I dug through some old threads on r/LosAngeles and found what might be a  particularly useful discussions (here and here) about places near L.A. to see the stars. Among the commenters suggestion there include:

I recommend doing some further research on these suggestions. I haven’t been to most of these spots so I can’t personally verify how good the night viewing is, but at least it gives you a starting point.

Also if you can’t make it out to physically watch the event, slooh.com will be live streaming it as well.