3 Reasons L.A. is a Better Pastrami City than New York (According to Serious Eats)

Earlier today Katherine Spiers, writing for Serious Eats, published a piece with a flat-out proclamation that Los Angeles is the superior city to New York, at least in terms of it’s pastrami sandwich dominance. And that’s a point of view that’s sure to rattle a few cages, no doubts. 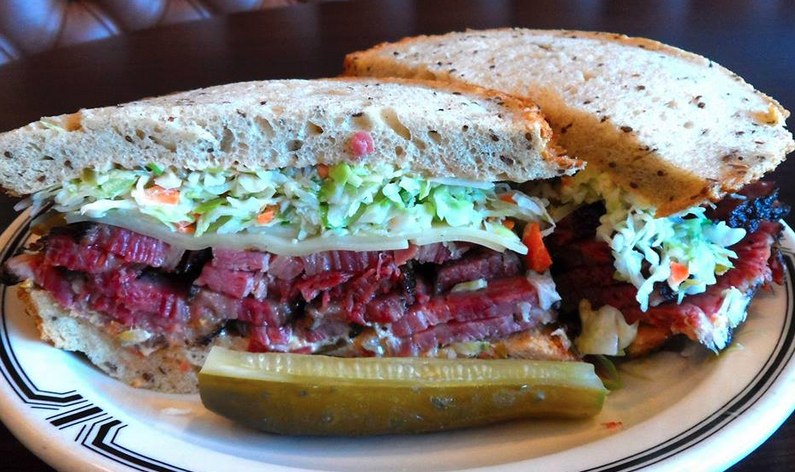 Spiers’ argument basically comes down to three points, as best I can tell:

1. Here in L.A. we mix old and new. Traditions of pastrami have cross-pollinated in Los Angeles through a unique set of migration patterns and neighborhood evolutions, such as the previous predominantly Jewish neighborhood of Boyle Heights evolving into what is now a hub of Mexican culture.

2. L.A. has a greater sheer variety of restaurants serving and experimenting with pastrami and pastrami off-shoots. From The Hat in the San Gabriel Valley to Brent’s in the San Fernando Valley to everything in between. From a pure geographic perspective (and the sub-cultures that populate those regions), we’ve got an advantage.

3. High end dining is taking pastrami seriously. Spiers points to Plan Check as her preeminent example of this concept in action.

Personally, I know a lot of transplants from New York who will argue till their blue in the face that this opinion is wrong,  but what do you think?

But don’t take my word for it. Read the article on Serious Eats and see if you agree!