Looking for laughs this weekend? You’re going to have plenty of opportunities…

RIOT LA, presented by KCRW, is a Los Angeles Alternative Comedy Festival set to take over an entire block of venues in Downtown Los Angeles from Friday January, 29 through Sunday, January 31.

This year’s performers includes a who’s who of some of the best stand-ups around on stage at many of DTLA’s best venues, including The Regent Theater, the Downtown Independent, and Ace Hotel Theatre.

T.J. Miller, Jerrod Carmichael, Anthony Jeselnik, Kumail Nanjiani, Rory Scovel, and Andy Peters will as part of The Bullshit Artists, taking place at 6:00pm Sunday at The Regent, followed by a 9:00pm performance of Patton Oswalt to close out the night at the same venue. 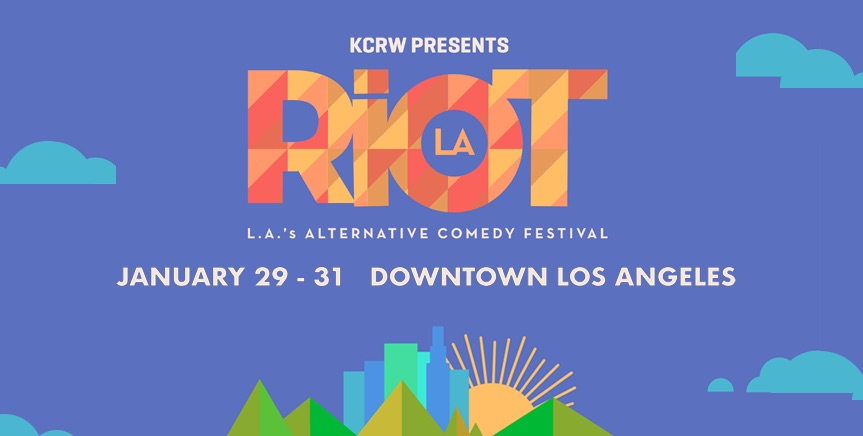 For the more politically minded, F-Comedy is also putting on a showcase that includes the “Trump vs. Bernie Debate,” with comedians James Adomian (Bernie) and Anthony Atamanuik (Trump) sparring as the candidates, along a live taping of Fusion’s popular late-night show “No, You Shut Up!” with host and comedian Paul F. Tompkins.

Finally, for those looking to save, we also spotted discount tickets for Natasha Leggero, Janeane Garofalo and Maria Bamford co-headlining a hilarious triple-header bill at the Theatre at Ace Hotel via Goldstar.

To check out the entire lineup of performers, along information on venues, parking, and getting tickets, head to the official schedule page on the RIOT LA website.