Shake Shack is Coming to Los Angeles in 2016

Shake Shack, the east coast burger chain known for their 100% all-natural angus beef burgers and their insane customer loyalty (think: In ‘N Out type allegiance) made a pretty big announcement this week: They’re coming to Los Angeles in 2016 and they now know where their first location will be.

After more than a decade in business, Shake Shack CEO Randy Garutti expressed the company’s excitement in expanding out west, via an April 21 press release:

“We’ve heard from our West Coast fans for years that they’d love a Shake Shack in California, and at long last, we’re delighted to say Shake Shack LA is on its way. Los Angeles is one of the greatest cities in the world with a culture like no other, and we look forward to being a part of the community.” 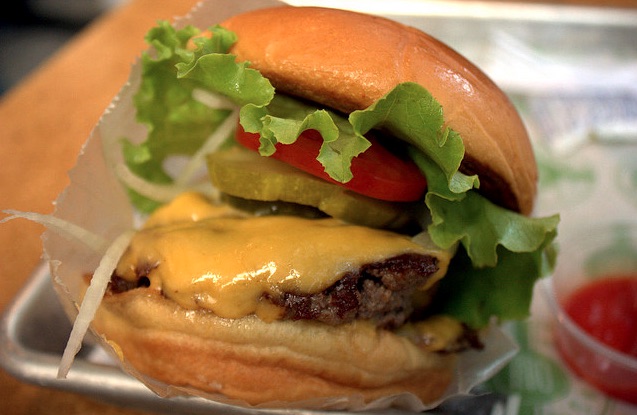 The first Los Angeles Shake Shack location will be at the corner of Santa Monica Boulevard and West Knoll Drive, one block west of La Cienega in West Hollywood. No definite open date yet, but sometime in 2016 for sure.

However, if my reaction is anything remotely resembling Anthony Bourdain’s enthusiasm for the east coast burger chain, things are looking up:

Count me in as one of the first to stand in line and test it out.