Want to get up close and personal with some fearsome ocean predators… for free?

Remember that on select Fridays at the Aquarium of the Pacific in Long Beach guests can take advantage of a free opportunity to touch bamboo sharks, sand tiger sharks and even stingwrays as part of the Shark Lagoon Nights program put on by the Aquarium.

In addition to the public admission for shark encounters there is food/drink available for purchase including coffee, hot cocoa, beer, wine, desserts, and other snacks.

[RELATED: 22 Fun Things To Do in Long Beach If You’re In The Neighborhood] 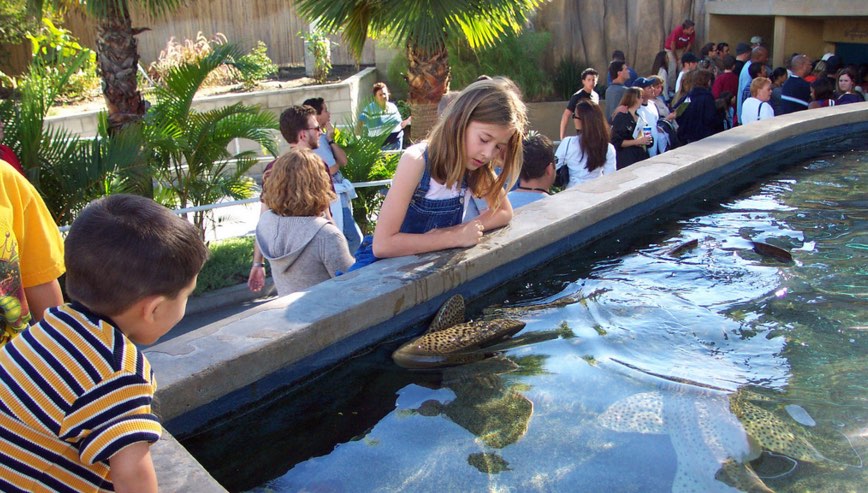 As a reminder these free event only provides access to the exterior portion of the Aquarium, including the lagoon, so you won’t have the full run of the place or be able to see the exhibits inside.

Shark Lagoon Nights takes place on select Fridays from 6:00pm to 9:00pm (weather dependent) at the Aquarium of Pacific.

For more information on planning your visit aquariumofthepacific.org.