Your food news cliffsnotes start after the jump.

The San Francisco coffee shop is expanding to Pasadena on June 2! Opening day festivities include complimentary coffee and pastries from 11 a.m. – 3 p.m. This will be the fourth location of Philz in Los Angeles with a fifth shop set to open in Glendale after.

It's new flavor Friday! We're super excited to debut our limited-edition June Fermentation Series! Fermentation can go way beyond just salty and funky, it can bring out the floral qualities in a honey, the acidic qualities in a cherry, the fruity flavors in an anchovy. Our menu is a collection of flavors that present fermentation in a new light, one that honors the beauty of allowing really amazing ingredients to age for months in the perfect condition and then scooping them into the perfect ice cream flavor. Give them a try – we hope you love them! Portland * Sourdough with Chocolate & Strawberries * Bretta Fermented Cherries * Fish Sauce Caramel with Palm Sugar Ice Cream * Honey Vinegar Milk Sorbet * Dill Pickle Sorbet Los Angeles * Sourdough with Chocolate & Strawberries * California Avocado & Cardamom with Fermented Carrot Custard * Fish Sauce Caramel with Palm Sugar Ice Cream * Cacao Nibs & Red Miso * Dill Pickle Sorbet #icecream #saltandstraw

Taste of the Nation Comes to Culver City

50 restaurants and beverage providers will come together for a food event benefiting No Kid Hungry this Sunday, June 5 at Media Park in Culver City. Tickets start at $110.

Starting this Tuesday Recess Eatery in Highland Park will host $1 oyster nights from 5 p.m. to midnight every Tuesday, the promotion runs through July.

Starting next week: Tuesday nights through July are "#Oyster Night" at Recess! #Oysters from Fish King at $1 each Tuesday's only from 5pm to midnight! Make your reservations now!!

Michelin-starred Providence will celebrate the restaurants anniversary with a special $90 four course tasting menu until the end of June. Keep in mind the menu will change daily. If you have not been to one of the best restaurants in Los Angeles now is the time. 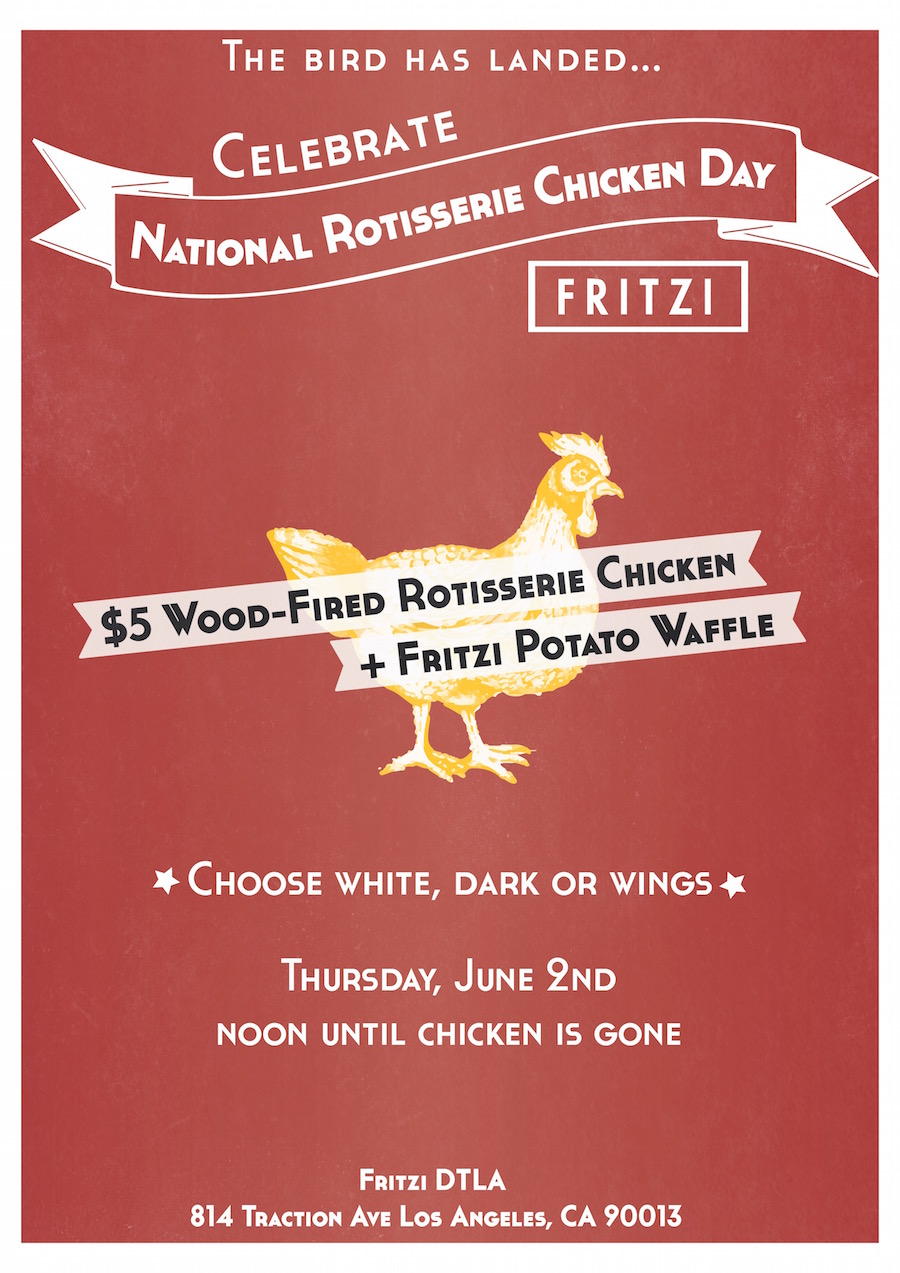 Wally’s Wine & Spirits’ Grande Marque Champagne Event at Le Merigot Beach Hotel is an extravagant time. Taking place on Sunday, June 5 nearly 100 Champagnes and sparkling wines will be poured alongside signature dishes from nearly 20 restaurants including a raw bar. Tickets are available for $175 per person after June 1 prices go up to $225 tickets can be purchased online here.

June 3 is National Donut Day so Fantastic Donuts and Croissants is a must try if you want an extra does of cuteness. Donuts are decorated into bears, pigs, chicks, cows you name it.

Early day for these babies. Available now! If you come in early and do not see our specialty donuts, PLEASE ASK! We might be working on them in the back and might have some done.

1212 Restaurant is now open in SaMo. Expect dishes like Cochon de Lait Crepe Tacos and Duck Confit & Black Truffle Dumplings with a farmers market touch. The restaurant will be reservation-only for the next week so call ahead.

If you happen to be in Palm Springs between June 3-12 make sure to partake in their Restaurant Week which offers exclusive deals at participating restaurants similar to Dine L.A.

The PCB Burger aka Plan Check Burger made with americanized dashi cheese, KETCHUP LEATHER™, schmaltz onions and mixed pickles between a crunch bun from Plan Check. Today is the last day to celebrate National Hamburger Month so have at it.

Make sure to follow @WeLikeLA on Instagram AND Snapchat for more of our food adventures and pics.