The first week of the new year brings news about a new dumpling eatery changing the food game, the best pasta dishes in L.A. (according to local influencers), and a handy guide to legal marijuana in Los Angeles. Also, a link out to a bucket list of eateries with amazing views and, on a sad note, a quick rundown of L.A. restaurant closures from 2017.

As always, enjoy  all the tasty news bites below, along with the best food events happening this week. 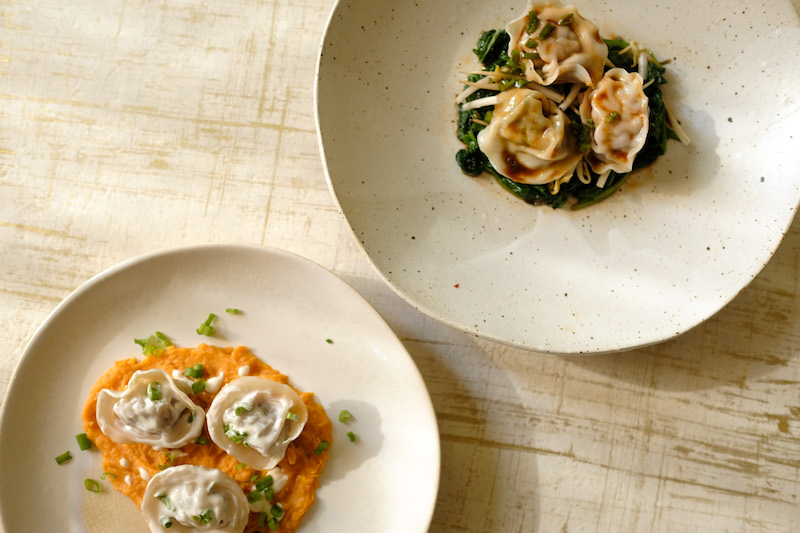 Can’t get enough of dumplings? Stuff’d Eatery is about to make you reimagine what dumplings are all about. The fast casual concept plan to provide guests with unique, flavor-forward offerings, from savory like Miso Black Cod to sweet flavors such as Strawberry Rhubarb Dumpling with vanilla bean ice cream. Diners can mix and match with their choice of “snack” size or the “stuff’d” option, perfect for sharing with a large party. Stuff’d is located in the former AMMO To Go space on Melrose and will be open early this year.

Where to Find the Best Pasta Dishes in Los Angeles

Our friends at Foodiamo recently tapped Los Angeles journalists and bloggers about their favorite pasta dishes in the city (including a word from yours truly). The list includes hot spots, classic establishments and even a food truck. Check it out here.

Need some clarification on what you can and can’t do now that marijuana is legal in California? Checkout Los Angeles Magazine’s guide right here. Inhale responsibly.

A post shared by InterContinental L.A. Downtown (@intercontinentaldtla) on Dec 14, 2017 at 4:43pm PST

Where to Get a Meal with a View

Like your epic views paired with an impressive meal? SoCal Pulse identified 10 Los Angeles restaurants to do just that from the restaurant that started this trend, 71 Above to the newish Spire 73, reportedly to be the highest open-air bar in the Western Hemisphere. Find the full list here.

L.A. Closures You Should Know About

Eater LA put out a post about all the notable 2017 closures in our city. Among those to close their doors in the past year include Pok Pok, Simbal, and Gil’s Old Fashioned Ice Cream. See all the closures here.

Every Tuesday night The Know Where Bar hosts a Tequila Mezcal Mashup Night where guests will get a taste of new cocktails made from the agave liqueurs.

Doctor Who Happy Hour returns to The Fox and Hound in Studio City and this time they’ll screen the very first episode of the reboot show, Rose. During the episode use the word TARDIS for $4 draft beers and $1 off wine and wells.

Every first and third Wednesday of the month, BEAR CITY brings free comedy and free pizza to Que Sera in Long Beach. FREE

Geeks Who Drink is a drinking quiz game at Bareburger in Santa Monica that covers everything from troubled celebrities to wordplay to bad television.

It’s Sushi & Beer night at Absolution Brewing Company in Torrance. Sushi will be provided by Shiroyama Sushi Co and a selection of new released craft ales will be on hand to wash it all down.