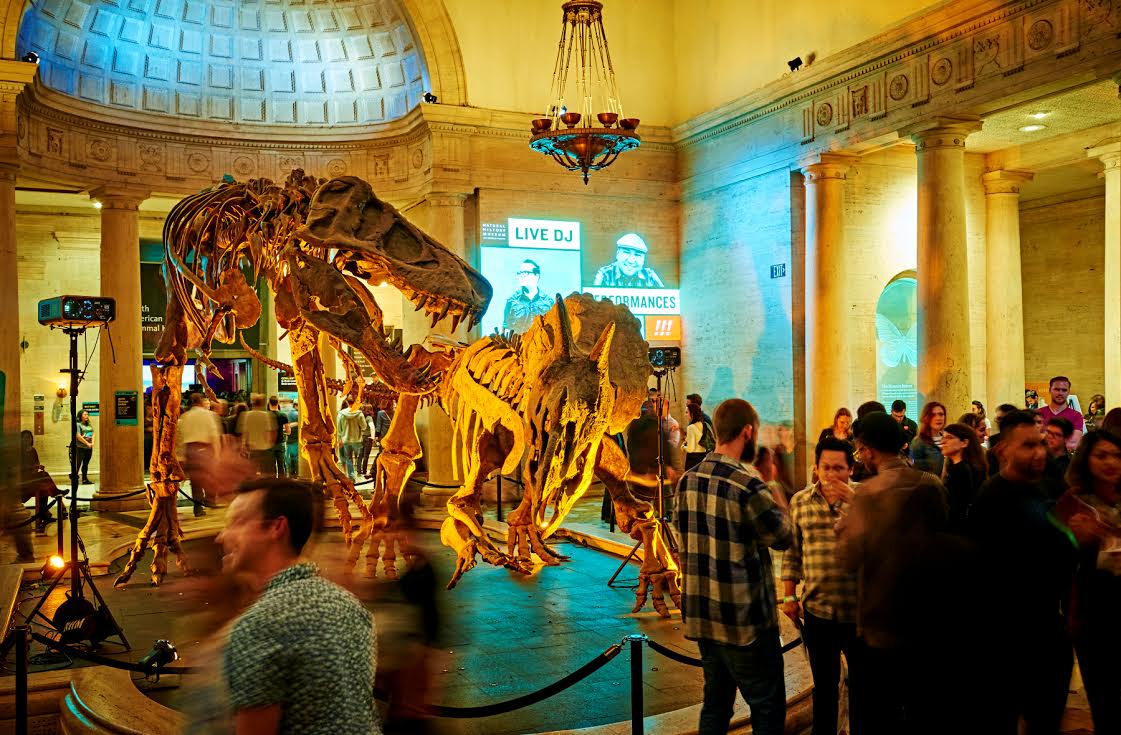 1. There is a free screening I Am Not Your Negro followed by a Q&A with director Raoul Peck at the Hammer Museum. FREE

2. Hot Tub With Kurt And Kristen at The Virgil is one of the most popular weekly variety shows happening on a Monday in Los Angeles.

3. Nerd Night at UCB is a FREE and fantastical event hosted by Harry Potter inspired improv group The Show That Shall Not Be Named. The evening will feature geeky comedy, music, games, prizes, and a cosplay contest – so come prepare! Performances by nerdy parody duo The Library Bards, sci-fi/fantasy improv team The Lusty Horde and special guests will round out the night. FREE

4. The Alchemist’s Lab is an escape room experience putting you right in the shoes of a junior detective at Scotland Yard in the 19th century. Do you have what it takes to uncover the devious plans of the alchemist? Happening all week. DISCOUNTED (via Goldstar)

6. “A comatose man recreates his identity by delving deeply into his memories, while a panoply of family members and loved ones form scheming camps over grave neurological decisions” in Plasticity, a new one-man show now playing at the Hudson Theatres. Performances take place Saturday, Sunday, and Monday evenings.

9. The Lincoln presents “For the Record,” a weekly series where guests bring in their own vinyl for a unique DJ set from 7 p.m. to 2 a.m. This week’s theme is Psych + Garage with DJ Jordan Blackmon from Toro Y Moi. FREE

12. Motown the Musical returns to the Hollywood Pantages Theatre with smash hits from the heyday of the Motown era. Happening all week! DISCOUNTED (via Goldstar)

13. Step into Angel City Brewery in DTLA this Wednesday for Karaoke Night with KJ Beerbra Streisand. Fun happens from 7 to 9 p.m. FREE

14. Up Your Meditation Game with the help of Dan Harris, Jeff Warren, Bill Duane and Moby. Happening over at Wanderlust Hollywood the evening will be centered around discussion and practice of meditation.

15. Book’d will open for all literary fans at The Group Rep/Lonny Chapman Theatre in North Hollywood. This event will feature author readings, author chats, giveaways, a reception, and other bookish fun!

16. Carrie That Tune celebrates great songs written by good writers but unfortunately appeared on Broadway musicals that flopped. Watch a talented group of performers revive the songs at Bar Fedora this Thursday! DISCOUNTED (via Goldstar)

17. Fan of the late Carrie Fisher? You might want to check out a screening of Postcards from the Edge at the Aero Theatre in Santa Monica. Fisher wrote the brilliant screenplay (based on her own book). The comedy is a semi-autobiographical story starring Meryl Streep and Shirley MacLaine.

20. Spend a day at the races with the Farriers Package at Santa Anita Race Tracks. The package includes admission to the races, box seating and a racing program, along with a pint of local craft beer. Happening all weekend. DISCOUNTED (via Goldstar)

22. The Natural History Museum’s First Fridays returns for after hours at the museum, special music performances and interesting themed panel discussions. This year the talks will be centered around the science behind food.

23. This Friday Griffith Observatory kicks off their 2017 edition of All Space Considered with a 2016 year-in-review, a tribute to John Glenn, and a special book signing with Dr. David Grinspoon, a Senior Scientist at the Planetary Science Institute.

24. Thrones!, a hilarious musical parody of Game of Thrones is playing at The Hudson Theatre in Hollywood all weekend. DISCOUNTED (via Goldstar)

26. Experience the food, culture and history of Downtown Los Angeles through a three hour foodie tour this Friday and Saturday. DISCOUNTED (via Goldstar)

27. Since it’s the first Friday of the month check out all the cool events happening around town including block parties and art walks for First Fridays.

29. Check out a pair of classic films named for two of Los Angeles’ most iconic streets during a double feature of Mulholland Drive and Sunset Boulevard at Hollywood’s historic Egyptian Theatre.

30. Get your sun salutations on during Grand Park’s lunch time free yoga class stop by at 12:15 p.m. yoga runs till 1 p.m. FREE

31. Every Friday in February, the Norton Science Museum in Pasadena will host “Unexpected Romance” a film series centered around romance. This week the 1934 Frank Capra film It Happened One Night will be screened.