This week, from Monday February 22 to Friday February 26, features free donuts, a Literary Death Match, Bite of The Beast, a free City of Gold Screening, a 90’s party, classic animated Disney screenings at El Capitan, and lots more to choose from. 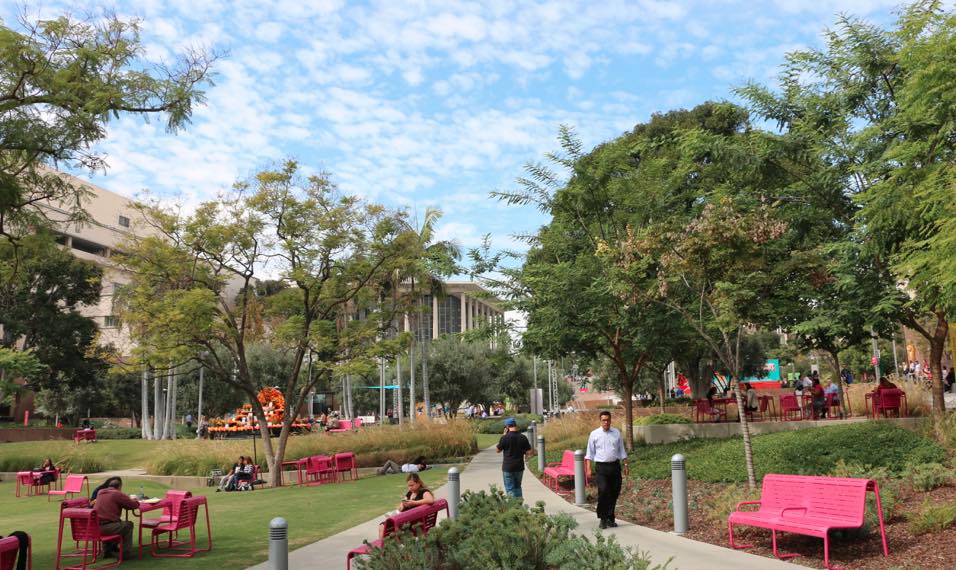 Annie Sertich (Curb Your Enthusiasm, 2 Broke Girls, The Tonight Show and The Office) performs her darkly comic one-woman show at The Groundlings Theater this Monday starting at 8:00pm. Be sure to grab discount tickets for the show via our friends at Goldstar while supplies last.

Hollywood’s legendary El Capitan Theatre presents a “Countdown to ‘Zootopia, ’celebrating Walt Disney Animation Studios’ new era of storytelling with a festival of seven films. All feature films will be accompanied by recent and celebrated Disney animation short subjects, including the Academy Award winners, “Paperman” and “Feast.” This Monday they will screen Bolt. The event also features a screening of Disney’s latest animated shorts and an appearance by the film’s director, Chris Williams. Get more information and discount tickets via Goldstar.

There’s a giant cake installation at Think Tank Gallery it’s a collaboration between artists Scott Hove and Baker’s Son. Walk through a dizzying cake chamber (7,500 sq. ft.) maze installation as high as the ceiling. The show also features a collaboration with Cirque du Soleil’s Zumanity. The Break Bread exhibition is free with rsvp online and will be on view through March 14.

Cleo at The Redbury is putting their own signature twist on the holiday with half-off their hand-crafted Mediterranean and Jasmine Margaritas.

For more ideas on where to get awesome margaritas in L.A. check out our list: 10 Spots to Get the Best Margaritas in Los Angeles

Literary Death Match is an epic one night reading series battle pinning four writers against each other reading from their best material. Judges Paul Scheer, June Diane Raphaell, Aisling Bea and Franklin Leonard will select two finalists to compete in the Literary Death Match finale to decide the ultimate winner. Taking place at Largo at the Coronet this show will be the annual Screenwriter’s Special a run up to the Oscars. Tickets are $30 online.

11. Walt Disney’s Winnie the Pooh at the El Capitan

Hollywood’s legendary El Capitan Theatre presents a “Countdown to ‘Zootopia, ’celebrating Walt Disney Animation Studios’ new era of storytelling with a festival of seven films. All feature films will be accompanied by recent and celebrated Disney animation short subjects, including the Academy Award winners, “Paperman” and “Feast.” This Tuesday they will screen Winnie the Pooh. The event also features a screening of Disney’s latest animated shorts and a Q&A with the film’s director Steve Anderson. Get more information and discount tickets via Goldstar.

13. The Illusionists at the Pantages Theatre

Prepare to be delightfully mystified when seven incredible magic-wielders ban together for The Illusionists: Live From Broadway. Guest will be treated to a night of tricks, death-defying stunts and wonder. Dazzling audiences of all ages this critically acclaimed show has shattered box office records across the globe with some of the most outrageous and miraculous acts ever to be seen. Catch the show at the Hollywood Pantages Theatre. Get more information and discount tickets via Goldstar.

14. Free City of Gold Screening at The Hammer

No one knows L.A. food quite like Jonathan Gold, and on February 24 he’ll be appearing at the Hammer Museum for a special Q&A following a free screening of his 2015 film City of Gold. Show starts at 7:30pm seating is first come first served, Q&A begins at 9:00pm and will be streamed live on the Hammer site.

15. Walt Disney’s The Princess and the Frog at the El Capitan

Hollywood’s legendary El Capitan Theatre presents a “Countdown to ‘Zootopia, ’celebrating Walt Disney Animation Studios’ new era of storytelling with a festival of seven films. All feature films will be accompanied by recent and celebrated Disney animation short subjects, including the Academy Award winners, “Paperman” and “Feast.” This Wednesday they will screen The Princess and the Frog. The event also features a screening of Disney’s latest animated shorts and an exclusive Q&A with the film’s directors John Musker and Ron Clements. Get more information and discount tickets via Goldstar.

Led by owner and celebrated cocktail connoisseur Demi Stevens, Hey 19’s Bruichladdich Scotch + The Botanist Gin Dinner will feature a five course tasting menu featuring dishes from Executive Chef Vasili Tavernakis paired with the aforementioned spirits. Drawing from her extensive expertise, Demi will also lead the group through the background on how each spirit is made. The tasting runs from 7:00pm – 10:00pm. Space is limited, the tasting cost $50 a person and reservations can be made by calling 310-378-8119.

This four hour tour of the sites and taste of what Hollywood has to offer will take you to The Roosevelt Hollywood to the iconic Capital Records and even Melrose avenue. You will make several stops at some of Los Angeles’ most talked-about restaurants for a variety of savory and sweet tastings. Get more information and discount tickets via Goldstar. Bon appetit!

20. The Unauthorized Musical Parody of The Devil Wears Prada

26. Dudamel & Music From The Americas at Walt Disney Concert Hall

Experience the magic of the Walt Disney Concert Hall and Gustavo Dudamel during his new series, Dudamel & Music From The Americas from February 25 – 28.

28. Bite of the Beast at Locanda del Lago in Santa Monica

The last Thursday of every month, LAGO host a communal meal featuring animal roasts and traditional, rustic dishes. The “Bite of the Beast” dinner series will include a five-course dinner featuring the choice animal. This month’s animal is the all-natural, Durham Ranch Wild Boar! It is caught in the wild and described as sweet, nutty and earthy, its also high in protein and low fat. The five course menu cost $56. View the full menu here.

31. Free Museum Day at The Long Beach Museum Of Art

Club TUBTHUMP is bringing the best of the ’90s to Santa Monica with the top rock, grunge and pop hits, along with costume contests, games, themed drink specials, photo booth and more. Hosted at V Lounge, dancers will be “Gettin’ Jiggy Wit It” until “Closing Time.” The party will also feature 90’s-themed drink specials from 8:00pm – 10:00pm. Just remember no cover until 11:00pm.

Found Animals, a leading animal welfare organization is celebrating the Oscars with their very own cocktail party and gifting suite for your furry friend from 5:30pm – 7:30pm. You and your pet will feel like Hollywood royalty as you walk the red carpet, complete with Hollywood-style premiere lights. Indulge in food and drinks from partners Pitfire Pizza Mar Vista, Hint Water,Essential Chocolate Desserts, Tito’s Handmade Vodka and more. Pets can score products and samples in the exclusive gifting suite! The party will take place at Found Animals retail shop, Adopt & Shop, in Culver City (4235 Sepulveda Blvd, Culver City, CA 90230).

Free admission to the Museum of Latin American Art happens on the fourth Friday of every between 5:00pm – 9:00pm.