This week, from Monday, Mar. 20 to Friday, Mar. 24, features a Basement comedy show, Wu-Tang Clan at The Palladium, a Game of Thrones Live Concert Experience, Sleepless at The Music Center, a Latin Food Fest in Santa Monica, and LOTS more. 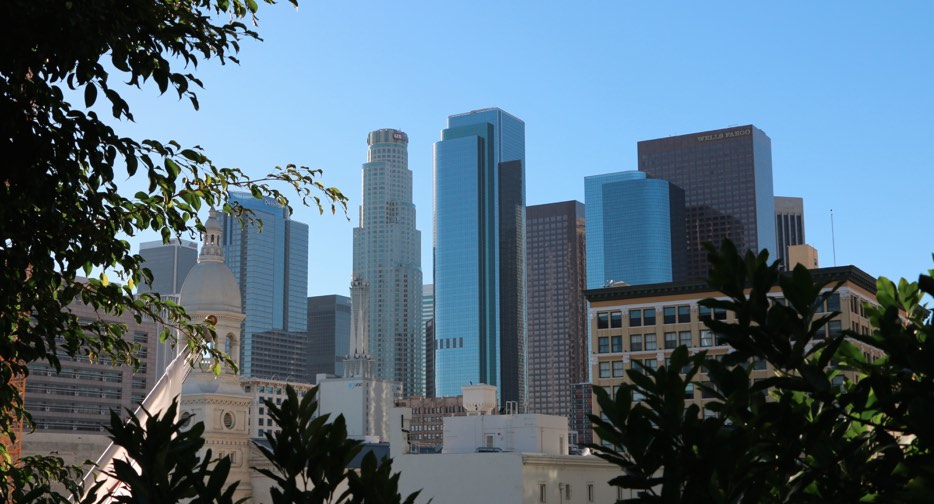 A view from the Japanese Garden at the Double Tree in Little Tokyo. Credit: Brian Champlin

1. Every third Monday of the month head to Basement Tavern in Santa Monica to see top comedy headliners for free. This months special guest will be Lachlan Patterson of Last Comic Standing. FREE

2. Enjoy free music during Bach in the Subways a four-day celebration (March 18-21) of free performances at Union Station, Hollywood/Vine and other public venues in honor of J.S. Bach’s birthday. FREE

3. PaleyFest L.A. is back March 17 through 26 with ten-days of panels bringing together actors, producers and directors of some of the most popular shows in the television and streaming content universe.

4. On the Lot in Los Feliz returns to the parking lot at Our Mother of Good Counsel Parish for a Monday-night array of gourmet food trucks from 5:00 p.m. to 8:30 p.m.

5. The Alchemist’s Lab is an escape room experience putting you right in the shoes of a junior detective at Scotland Yard in the 19th century. Do you have what it takes to uncover the devious plans of the alchemist? Happening throughout the week. DISCOUNTED (via Goldstar)

6. Plasticity is a multi-media infused one-man show that combines family drama with a thoroughly scientific investigation of neurological function to produce something unlike you’ve ever seen before., Performances take place Saturday, Sunday, and Monday evenings at the Hudson Theatres. Highly recommended!

9. Down some tacos, drink some locally brewed beers and test your trivia skills this Tuesday during Tacos & Trivia night at Angel City Brewery in DTLA.

10. The Wallis and Deaf West Theatre present Pulitzer Prize-winning playwright Edward Albee’s At Home at the Zoo performing March 7-26. Check for discounted tickets before making your purchase. DISCOUNTED (via Goldstar)

12. Every Wednesday in March, Glendale Arts is offering FREE early-evening yoga classes in the forecourt of Glendale’s historic Alex Theatre. The classes are taught by Spiral Path Yoga Center. FREE

14. The Odyssey Theatre Ensemble is having previews this week for a new show titled  PUNK ROCK! Mention “WE LIKE LA” when making your reservation, or use promo code: WELIKELA online for free general admission tickets for Wednesday through Friday showings 😉 FREE

15. VAROLA will host an opening reception for The Interior and The Carpet, an exhibition of artist commissioned carpets produced by publisher, Petra Grunert Singh of Equator Production. The exhibit includes works by 13 artists and will be on view from March 22 through June 23. The public reception takes place this Wednesday. FREE

16. Get your sun salutations on during Grand Park’s lunch time free yoga class stop by at 12:15 p.m. yoga runs till 1 p.m. FREE

17. The Wu-Tang Clan brings their one of the kind hip-hop sounds to the Hollywood Palladium. DISCOUNTED (via Goldstar)

18. Game of Thrones Live Concert Experience will take place at The Forum with an 80-piece orchestra, Composer Ramin Djawadi and a 360-degree stage.

20. Join a conversation with Roy Choi and Tara Roth, with moderator Raphael Bostic as they discuss social medias impact on philanthropy and building communities in hard to reach areas. FREE

21. L.A. Urban Adventures invites you to relive Old Hollywood by taking a stroll down the Hollywood Walk of Fame while stopping to hear stories about historic spots, sample drinks made famous during the Golden Age and try out local street food. DISCOUNTED (via Goldstar)

24. HUMANS! a comedy show hosted by a real live Robot will take place at Amplyfi this Thursday. The show cost $5.

28. The 7th annual Palm Desert Food & Wine Festival returns to the desert’s famous El Paseo shopping district for three amazing days (March 24-26) of wining and dining from some of the world’s best chefs and winemakers along with a select group of the United States’ top craft brewers.

29. The #1 show in Vegas history comes to L.A. LIVE for a limited engagement. Absinthe, the immersive variety show will feature comedy, burlesque, aerial and acrobatic acts. DISCOUNTED (via Goldstar)

30. Second City Tours reveals the dark side of the famed Hollywood Boulevard. The walking tour, led by an informed guide will take you through ghostly crime scenes and spooky landmarks. DISCOUNTED (via Goldstar)

31. Every Friday in March Greenbar Distillery in Downtown Los Angeles will host cocktail classes featuring seasonal and themed drinks. This week’s theme is a City Series on Venice.

32. The 19th Annual Film Noir Festival at the Egyptian Theatre Hollywood will take place March 24 through April 2 it’s the longest-running film noir festival in Los Angeles. Opening night will screen a double feature of This Gun For Hire and Quite Please, Murder.

33. Splendid, Ella Moss and 7 for All Mankind are joining forces with one epic warehouse sale happening in Vernon March 24 through March 25. Prices start at $5, we’ve been told this is the biggest sale yet!