This week features the Dodgers’ opening day for 2015, the Downtown Art Walk, a comedy show about the history of weed, a live action Marvel character performances, and tons more for you to explore. 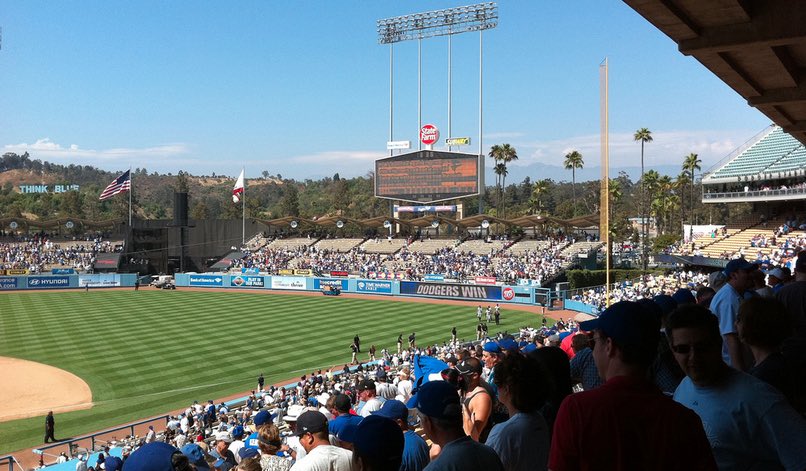 The boys in blue begin their 2015 campaign with a three game series against the Padres starting April 6. Looking forward to the next month or so, you can grab some discount tickets on Goldstar (for as low as $30) for fleece night against the Giants on April 29, or there’s still some discounted tix (as low as $20) available for the Friday Night Fireworks game on May 1 against the Diamondbacks.

2. Galapagos in 3D at the California Science Center

Come and get a 3D experience of the Galapagos Islands. Home to natures most incredible creatures and volcanic islands kids and adults will become fascinated by the wonders this inhabitant holds. The show plays at 2:30 pm and cost between $5-$8.25.

3. Hot Tub With Kurt An Kristen

Celebrating the release of their new album New Glory Matt and Kim are having a free show at Amoeba Music in Hollywood. Show starts at 6pm.

Get a taste of Old Hollywood sip on classic cocktails as an awesome guide share history tidbits, celebrity stories and more on Urban Adventures tour of Historic Hollywood. Usually tickets are $79 but Goldstar is hooking people up with $47.40 tickets this week!

UPDATE: Do’h! This week is actually the first Tuesday of the month, meaning the free museums in play are the following:

On the second Tuesday of every month LACMA invites the public to visit the museum for free. Check out the public art displays too like Chris Burden’s permeant installation Urban Lights and more.

The Hollywood Jane Revue is bringing you an evening of espionage and intrigue, burlesque and boylesque in the return of I Spy Burlesque. Hosted at the Rockwell in Hollywood, the show costs $10-$15 dollars depending on where you sit.

Stylist to some of the most fashionable celebrities like Nicole Richie, Christina Aguilera and Miley Cyrus; Simone Harouche is opening her studio up to the public for a two day sale at her La Brea Studio. More information via Racked LA.

It’s a big week at Amoeba in Hollywood Mark Ronson is stopping by for a signing of his newest album Uptown Special after his DJ set at 6pm. Signing space is limited to 200 people so get there early!

Ommegang already has four beverages based HBO’s hit series, and now they’ve come up with their fifth,  a dark saison ale called Three-Eyed Raven. To celebrate a release party will be held at Complex in Glendale featuring collectible goblets, and even a costume contest. Tickets will be handed out at 7pm, tapping begins at 8pm.

The Los Angeles Dance Festival is a  four day event showcasing some of the the many variations in Contemporary dance with each night’s performances drawing a particular focus. Things kick off this Thursday at 6:30pm with a grand opening show and party (with performances at 7:30pm).

Wilding Cran gallery is highlighting six works of art by six L.A. artists. The exhibit Here Now will run until till May 2.

Looking for family fun entertainment options? If you are a Marvel fan this show is pretty spectacular! Pyrotechnics, aerial artist and stunt performer make up the cast of Iron Man, Captian America, Thor, Loki and more at Citizens Bank Arena in Ontario. Goldstar has discounted tickets (as low as $23) so splurge on popcorn and nachos at the show!

20. For the Record: Dear John Hughes

The International Gem and Jewelry Show has been running since the 1960s. Feast your eyes on some of the most dazzling gems of all shapes, size and color. Normally tickets are $8 but Goldstar has complementary tickets for members.

Marina del Rey is turning 50, and this weekend is mark the occasion with a special three-day weekend filled with games, boat-rides, food, and exhibits.  Things kick off on Friday with a free, evening concert by Three Dog Night in Burton Chace Park, followed by a fireworks show.