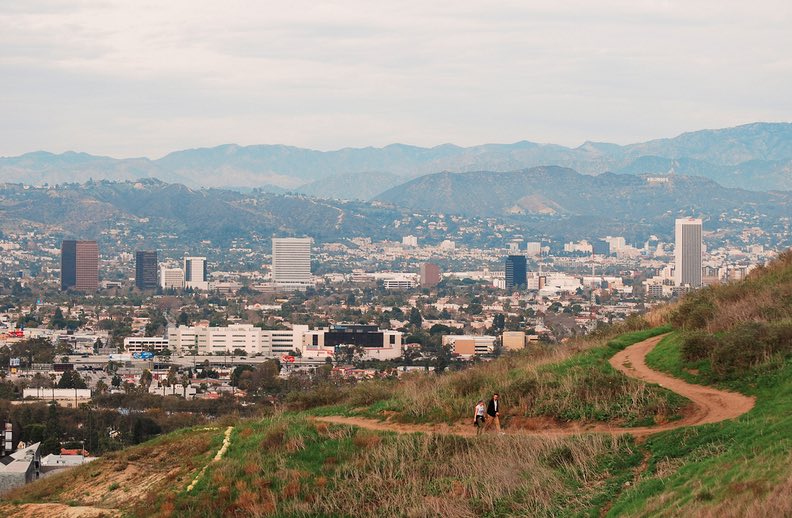 In honor of Memorial Day, the free day at LACMA will feature bilingual tours, free programs, art-making activities, and live music by Urban Renewal Project at 12:30 pm and 2:45 pm.

Latin-inspired restaurant Bow & Truss presents throwback movie nights featuring a different film screening on the patio on select Tuesdays this season.  This week they will screen the 1985 American adventure comedy film, directed by Tim Burton, Pee Wee’s Big Adventure. Admission is $15 for a reserved spot and includes a movie-themed snack.

Have you noticed that Hello Kitty doesn’t have a mouth. Join a panel of Asian American theater writers, led by Traci Kato-Kiriyama, as they hold a reading and discussion of Hello Kitty–inspired writings produced in their monthly workshop. The works are geared toward theater and look at themes of consumerism, relationships, and need.

Immediate Family is posited as a cross between Modern Family and Guess Who’s Coming to Dinner with all the social, racial and political implications that sort of combo brings to mind.  Directed by two-time Emmy nominee and Tony Award winner Phylicia Rashad (you know her as Claire Huxtable), Immediate Family has been called “timely, and important” by the Chicago Tribune. Get more info and tickets for upcoming performances via Goldstar.

See Disney’s newest blockbuster starring George Clooney at the El Capitan Theater in Hollywood that includes a pre-show live magic performance and a post-screening behind-the-scenes look at the making of the film. Screenings all weekend long. Get more information and tickets via Goldstar.

Every Wednesday night practice Vinyasa yoga on the rooftop of West Hollywood’s Palihouse. For $15 guests get to stretch out as the sun sets in this all level, music filled, fun flowing class. To help kick off the Spring/Summer Rooftop season Zico will be providing FREE Coconut water for all rooftop yogis. As a bonus all rooftop guests will receive a 10% discount on food at The Palihouse Restaurant after class.

Located on Broadway in Down Town Los Angeles, The Reef hosts a event every last Wednesday of the month for the public to shop from 9am to 5pm. Checkout the events page to get the low down on what floors are open for the public sample sales.

The first 40,000 fans through the gates receive a drink coaster set decorated with an L.A. Dodgers logo. Get more information and discounted tickets for the game via our friends at Goldstar.

As part of the #WescomKindness campaign get free Lobsta Truck on Colorado Blvd. from 11:30am – 1:30pm.

Cocktails and swimwear a winning combo for summer. Join Florida-based designer brand Montce swim ware and the RIOT team for a late-night after party (6pm-2am) celebrating the 2015 collection debut at Santa Monica’s 31 Ten Lounge. Malibu Rum Shaved Ice and a mermaid makeup and braid bar will be available to guest. This event is free!

Every Thursday evening from 5pm-8 pm admission is free to both the MOCA on Grand and The Geffen Contemporary.

To celebrate National Hamburger Day Komodo is offering their signature Burgerrito Burrito for $5 each all this week. The Burgerrito is a burger wrapped in a tortilla burrito style, merging the best of both worlds! This special is going to be offered on the Komodo Truck, as well as both locations (Pico and Main Street Venice) during regular business hours, 11:00 a.m. to 9:00 p.m. daily.

20. Motown the Musical at the Pantages

Motown the Musical killed it on Broadway, and now the show’s national tour brings it to the Pantages Theatre in the heart of Hollywood. Shows are playing all week, but you can still get a heavy discount to Thursday night’s 8:00pm show via our friends at Goldstar. More information and tickets.

[BONUS: Free Robert DeLong Show in Hollywood on Thursday, May 28]

The two-time Tony-winning rock based on the Green Day album of the same name, American Idiot is now playing at The Vortex in Los Angeles. Get more information and discount tickets via our friends at Goldstar.

As part of the #WescomKindness campaign get free Lobsta Truck on Sepulveda from 11:30am – 1:30pm.

One of my favorite musicals of all time (YES I like musicals!) I have seen Spring Awakening three times since its debut in New York and can honestly say it’s one of the best. The eight time Tony Award winning musical took Broadway by storm when it debuted with Leah Michele in the original cast! An awesome electrifying rock score follows a group of teenagers as they navigate the confusing and often troubled waters of adolescence. Based on a play that caused a scandal in 19th-century Germany, it’s a bold and touching musical that captures through music the experience of youth transitioning to adulthood. Tickets start at $89 but our friends at Goldstar have them starting at $55.

The Halston Heritage Sample Sale will take place on the 6th floor of the Cooper Building in Downtown L.A. from 9:00am to 4:00pm. Save 40%-70% on women’s ready to wear, dresses and handbags, cash and credit card accepted.

The Completely Different Late Show is a hilarious improv show by the cast of the Groundlings’ Main Company. Audience shout suggestions throughout the night for improvisational scenes performed by some of the best in the business. It’s also a testing ground for brand new material for the Groundlings’ main show. Get more information and tickets via Goldstar (prices starting at $6.50)

Dwell on Design, America’s largest design event, returns to the Los Angeles Convention Center Friday through Sunday. Curated by the editors of Dwell magazine, the three-day event brings together the best and brightest products, services, and thought leaders in modern design today for a series of conversations, demonstrations, tours, and much more. Dwell on Design encourages an ongoing design dialogue, showcasing over 70 presentations on three separate stages and featuring over 350 exhibitors on the show floor.

This musical takes all the sexy, funny and memorable moments from the original movie, mashes them up with a soundtrack of top-40 hits from the 90s and then performs it all live onstage with a powerhouse cast and live band. With three sold-out preview performances last month this show is sure to be a hot ticket item. This Friday’s performance starts at 8:00pm. Find discount tickets via our friends at Goldstar.