Growing up in the 626 I have fond memories of executing intricate plans to be first in line at the Tower Records on Atlantic Blvd. so I’d be assured of purchasing tickets to Oasis or Offspring or Radiohead or whoever was playing that month that I really needed to see in concert.

Go to bed super early. Sleep with phone next to me. Up at 4:00am. Call cousin to make sure he’s up too. Get a snack. Make sure dad was ready with the van. Pick up all the friends. Get dropped off at Tower.

Usually we were first in line. Sometimes we were the only people in line. However it went down, those are times I will never forget. 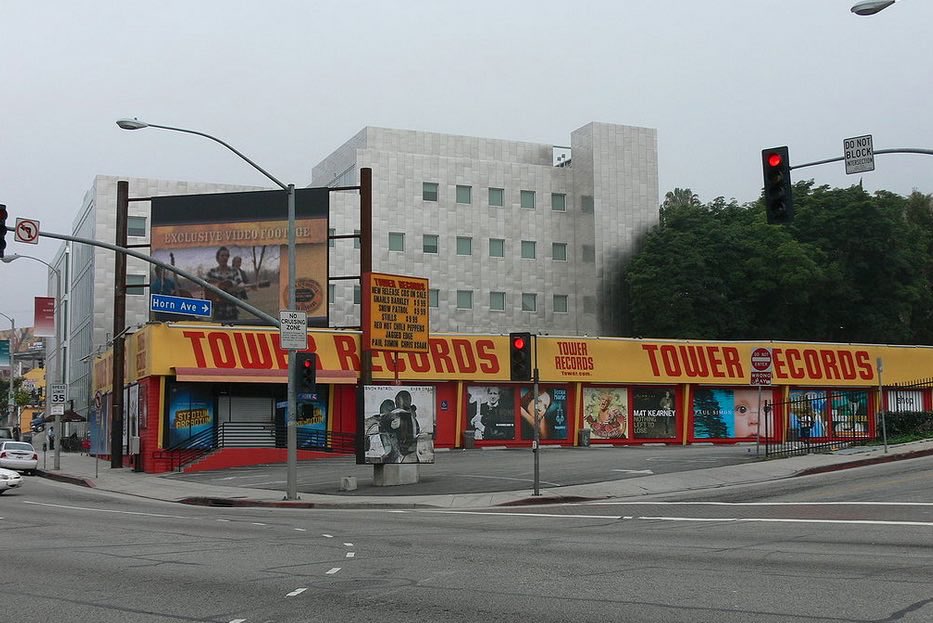 Of course, as years past and the internet changed the face of consuming music, the business model behind Tower became obsolete, and the Sacramento based chain ultimately closed all its doors in 2006.

It was the end of an era. But it’s an era worth remembering.

To that end, a new documentary directed by Colin Hanks called All Things Must Pass explores the story of Tower Records, the history, the culture, the growth, and ultimately the demise.

As someone who feels like Tower Records is inextricably tied to my childhood, this is pretty damn cool. Check the trailer below.

ALSO: Alison Martino (of Vintage Los Angeles) conducted an interview with Hanks for LA Mag about the documentary that you may find a worthy read to get some additional background.