You know the holiday season is upon when the Christmas trees go up, and what better way to mark the occasion than with an epic tree all lit up at DTLA’s historic Union Station.

On Monday, November 30 The Union Station holiday tree will light up at an official kick-off ceremony featuring a performance from the All-American Boys Chorus, which features over 100 boys ages 8-15 from throughout the southland.

The Tree Lighting will take place at  5:45pm with the chorus to follow at 6:30pm.

If you can’t make the The All-American Boys Chorus will also return to Union Station for an encore performance on Friday, December 4, at 6:30pm.

Both performances will take place in the Old Ticketing Hall. 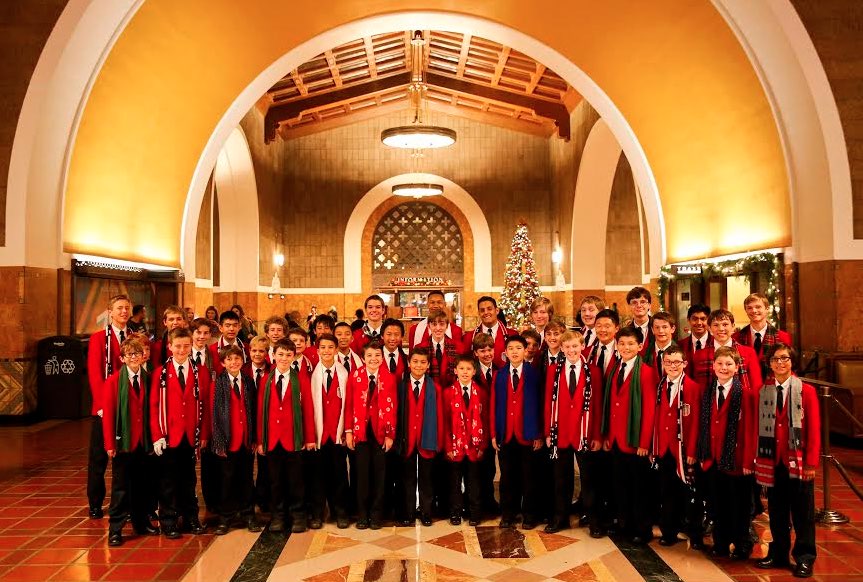 Getting there: Public transit is heartilly encourage if you want to attend. You can get to Union Station via the Red, Purple, Gold or Silver Line, along with multiple bus routes. Check out METRO’s Trip Planner for routes and connections.