So There’s a Virtual Reality Arcade Coming to L.A. Later This Year

If you thought vintage arcades and arcade bars made for an eventful afternoon in L.A, how about a trip into the limitless worlds of virtual reality?

That’s exactly what you may able to do in just a few months with the announcement that virtual reality studio Starbreeze plans to create a VR arcade somewhere in Los Angeles later this year.

According to Jonathan Nafarrete of VRScout the new arcade will be called Project StarCade, the goal of which is to “make premium VR experiences accessible to the masses with an arcade hall that VR enthusiasts and novices alike are welcome to experience virtual reality in an immersive setting.”

Think of it as place for you and your friends to plugin to the virtual world. 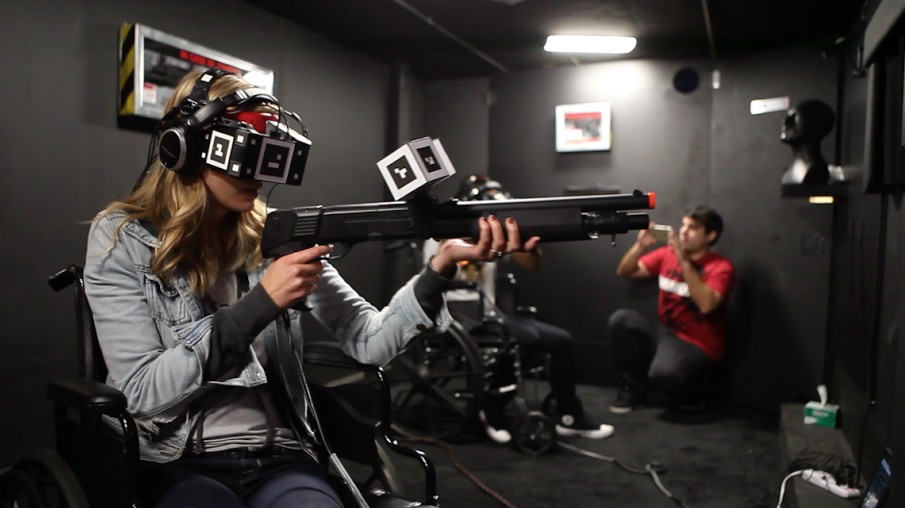 The announcement of the new arcade comes in conjunction with this past weekend’s VRLA 2016 Expo, where one of the demos included gameplay  from a new “The Walking Dead VR” experience, created by Overkill, which would be a prime example of what you might see at the forthcoming StarCade.

See more video from VRScout below.

The concrete timeline for the StarCade hasn’t been pinned down, but the plan is to open up shop sometime in spring or summer of 2016 at an as yet undetermined location somewhere in the greater Los Angeles area.

This first virtual arcade is pilot center for Starbreeze, which hopes to open other similar locations through the U.S. and Europe in the months ahead.

One thing is for sure, no matter where the new StarCade ends up landing, expect somebody from our blog to give it whirl once it opens to the public.