A Visit to the T.V. Hall of Fame Plaza in North Hollywood 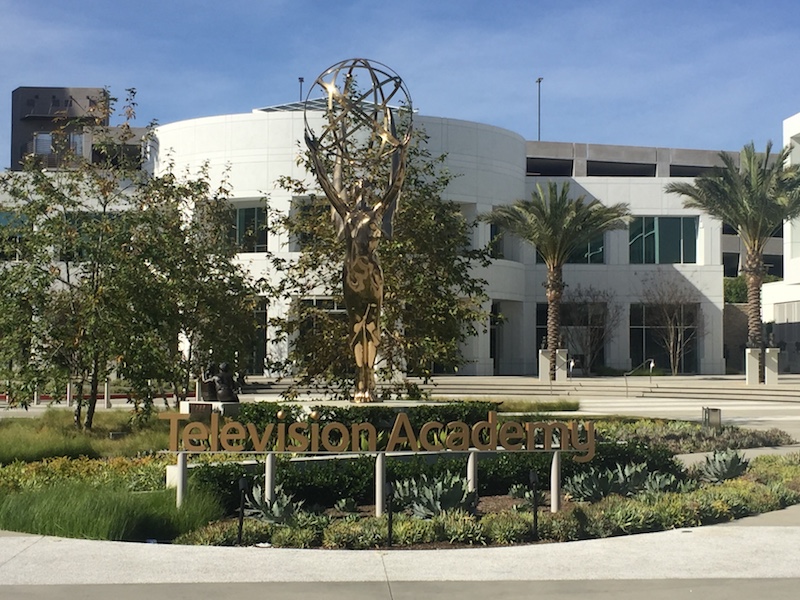 In the North Hollywood Arts District, there’s an unassuming plaza dedicated to television pioneers that you can visit any time, any day. Hidden behind the Laemmle’s NoHo 7 movie theater, near the intersection of Lankershim and Magnolia boulevards, sits the headquarters of the Television Academy and its Television Hall of Fame Plaza. If you’re in the area and don’t have access to GPS, you’ll know you’re in the right place when you spot a 27-foot Emmy Award. If you walk in from Lankershim and look past the Emmy you’ll notice a life-sized statue of Johnny Carson extending a welcoming hand, one of many sculptures of legends of the smaller screen contained in the plaza. 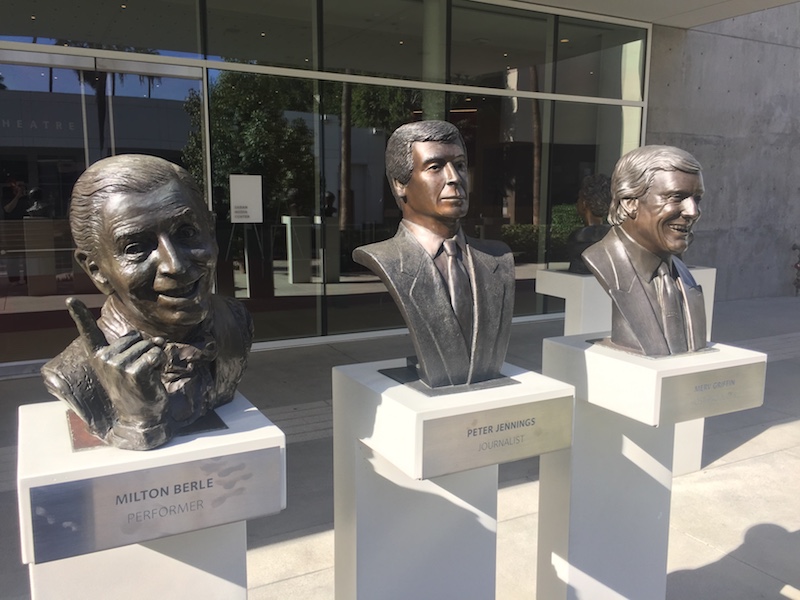 Unlike most halls of fame, the Television Hall Of Fame Plaza is free and wide open to the public, not locked inside a building. This sense of open-air intimacy was a side effect of spatial limitations. According to Television Academy Vice President Laurel Whitcomb, “We don’t have museum or exhibition space inside our main office building…our Plaza and Sculpture Garden are the ‘public’ spaces where all the art pieces can be seen and enjoyed.” 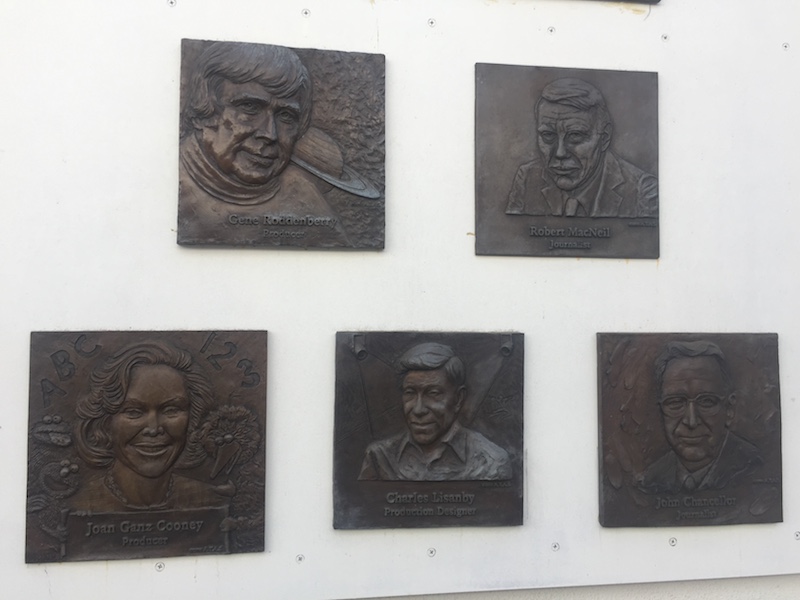 In addition to the Carson statue, the garden features full-sized statues of Lucille Ball and Desi Arnaz (as Lucy and Ricky Ricardo from I Love Lucy) and Carroll O’Connor and Jean Stapleton (as All In The Family’s Archie and Edith Bunker), as well as smaller statues of Dick Van Dyke, Carol Burnett and Jackie Gleason. The rest of the Hall of Fame inductees are honored with busts or 3-D wall plaques. 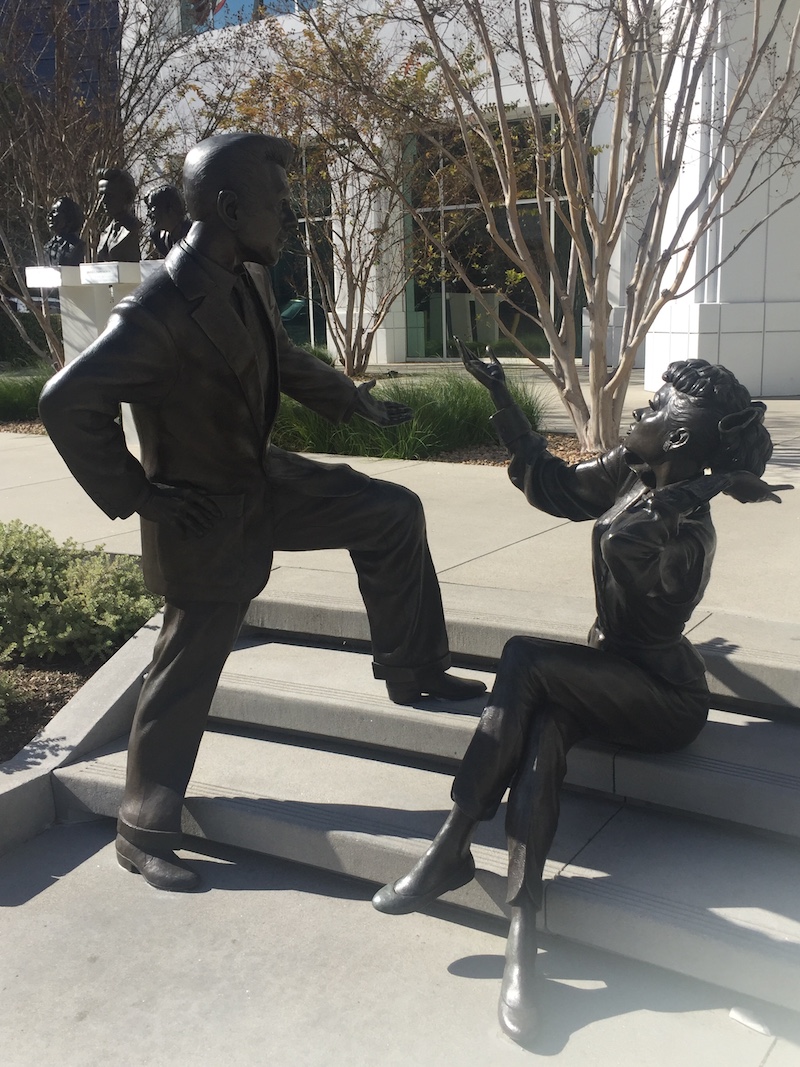 All of the busts are exceptionally detailed, but each have their touches that make them special. Some are small points, like a CNN pin on the lapel of media mogul Ted Turner. Others are more elaborate; Red Skelton’s bust depicts the comedian shuffling a deck of cards featuring some of his famous clown characters. The cleverest detail on any of the busts can be found on that of composer Earle Hagen. Carved on the side of the Hagen bust’s base are the notes to the theme song from The Andy Griffith Show.

That said, if you’re looking for a free brush with fame or a quiet place to pause from the hustle, drop by the Television Hall of Fame Plaza. It offers plenty of photo ops, loads of T.V. nostalgia, and of course the best part… it’s free.

The Television Hall Of Fame Plaza is located outside the Television Academy at 5220 Lankershim Blvd. Although it’s accessible 24 hours a day, the plaza area may be closed during special events.