A Giant Neon Uterus is Now Perched Over West Hollywood 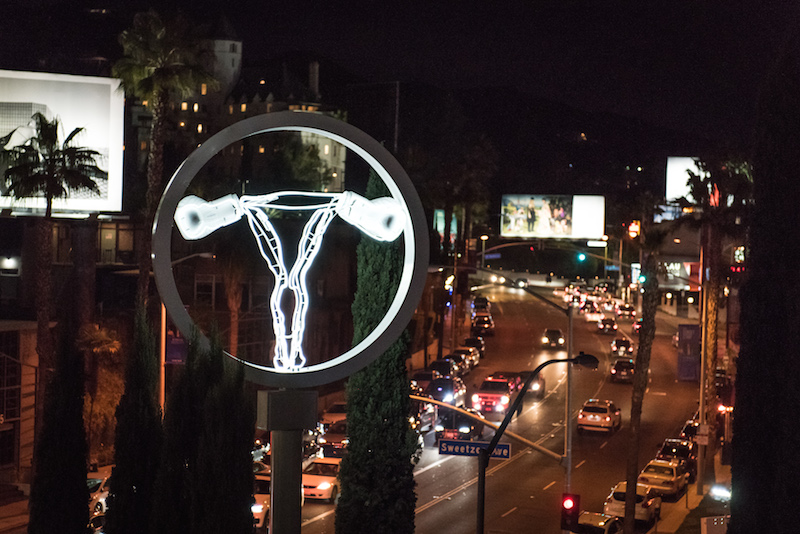 There’s now a giant, rotating neon uterus, 43 feet high and equipped with boxing gloves in place of ovaries, looming over West Hollywood. It’s British-born, New York-based artist Zoe Buckman’s CHAMP, and it’ll be on display at the corner of Sunset Blvd. and Sweetzer Ave. for the next year.

Buckman first made a similar piece titled Champion in 2015, during a time when she was specifically making work that referenced the ‘war on women’ as the upcoming election cycle got underway. This piece was a smaller neon uterus with boxing gloves.

“It was my response to all of the statements being circulated in the media from politicians about rape and choice and women’s bodies,” Buckman said. “I just felt very under threat.”

“I was making work about the fact that [women] needed to fight and I was literally going four times a week to learn how to fight,” she said. “So I felt like I just wanted to bring boxing into the studio and into my practice.”

Buckman was ultimately introduced to Art Production Fund, a non-profit that works to develop and present public art, by her close friend Bethanie Brady and a conversation soon launched about how they might collaborate. The final decision was to make an even larger version of Champion as public art.

CHAMP glows a searing white, slowly rotating over the sidewalk. At first glance, one might notice an odd juxtaposition. Buckman’s feminist sculpture currently stands across the street from a billboard declaring it ‘champagne season.’ Several buxom women in blue bikinis are jumping in the air holding bottles of bubbly. Yet this is somewhat intentional, according to Art Production Fund executive director Casey Fremont. 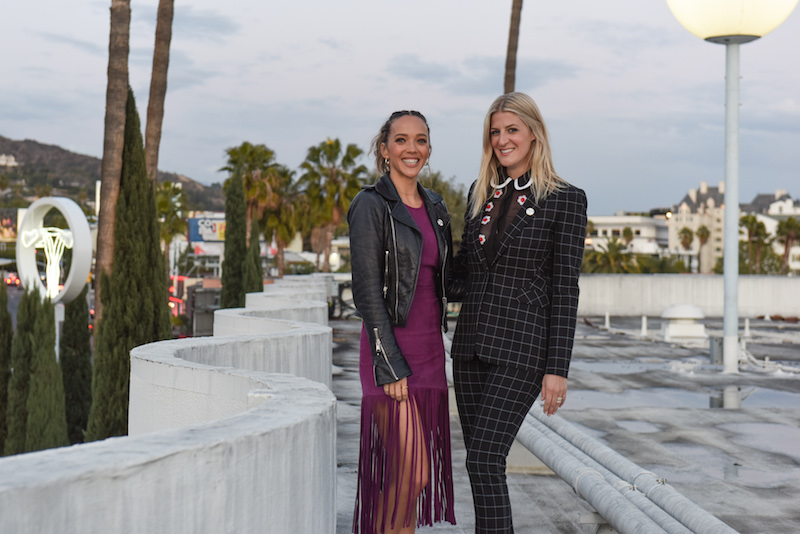 Zoe Buckman and Casey Fremont at The Standard Photo: Courtesy of BFA

“We thought the Sunset Strip would be the perfect location considering there’s this history of neon and the type of billboards that we normally see and the way that women are typically portrayed on these billboards that are part of our visual culture,” Fremont said.

Art Production Fund then reached out to both the City of West Hollywood and The Standard Hotel, bringing both on board. They did not realize that the ‘champagne season’ billboard would be up during CHAMP’s debut, but as Fremont said, “We couldn’t have planned it better.”

Should you wander into The Standard’s lobby, you’ll see another of Buckman’s pieces. This one, Every Curve, explores “the contradictory and complimentary influences of Feminism and Hip-Hop” in Buckman’s upbringing, being that she was a big fan of Tupac and Biggie growing up. The piece features several pieces of vintage women’s lingerie with lyrics embroidered into the fabric.