10 L.A. Tourist Traps That Every Local Still Needs to Check Out At Least Once

Any angeleno who is to determined to really ‘see’ Los Angeles will undoubtedly experience the daily cross-breeding of tourists and locals when it comes to visiting our city’s most treasured attractions. Venues like the Chinese Theater, Rodeo Drive and Universal Studios are places most angelenos stay away from precisely because of the tourist-trappy feel.

Other spots, like the Arts District, Hermosa Beach or Silver Lake, will never have eyes laid on them by out-of-towners, even though they hold some of L.A.’s most unique culture.

The truth is there are places that have universal appeal and we can all enjoy, even if they are sometimes overrun by a mass of tourists. In fact, if you avoid the landmarks because of the people, you might be doing yourself a disservice in the long run by missing out on something truly special.

With that in mind, here’s 10 of the must-sees we think you have to visit at least once, even if it means braving the crowds to get there. 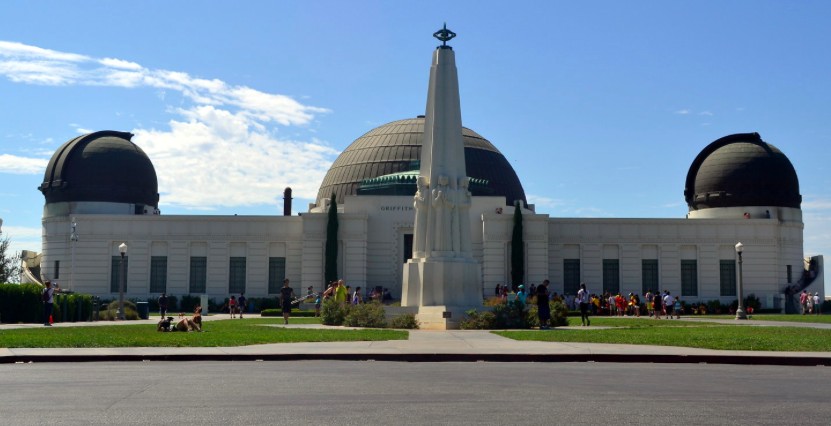 Telescopes aside, the Griffith Observatory provides one of the best views of the city that all can appreciate. The Hollywood Sign, Capitol Records, Century City, Catalina and Downtown L.A. are all in front of you. The observatory itself is free to the public with exhibits about the atmosphere and beyond catering to both young and old. Plus, there are very few buildings in the city that are as iconic. It’s a great reward for all that choose to hike the trails of Griffith Park.

Even with all the attention coming from the Grove, the Farmers Market still retains its character serving Los Angeles since 1934. Tourists come either by the busloads or from CBS Studios celebrating a victory meal from a “The Price is Right” taping. Locals love it because of the good food, many options and low key atmosphere. Oh yes, there’s free validated parking too.

Also see: 7 Farmers Markets in Los Angeles You Need to Check Out If You’re In the Neighborhood

It’s a given that thousands of tourists flock to Los Angeles for their winter break to reacquaint themselves with the sun or cheer on their favorite football team in the Rose Bowl. The popularity of this parade isn’t just due to seasonal timing. The Rose Parade is the greatest such event in the world. Watching it in person is like seeing HD for the first time. The colors, marching bands and pageantry always makes this a special event you can take in every year. 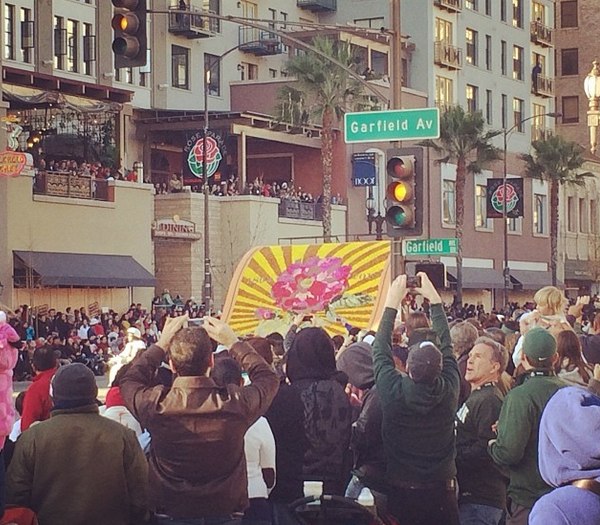 Broadway is the heart of downtown and is being rediscovered both by tourists and locals. With a new wave of investment bringing our old theaters back to life and a resurgence of residential living, this district is one of the most happening places in the city. All can enjoy the delicacies of Grand Central Market and the architecture of the Bradbury Building. Even the locals will feel like tourists.

Most Angelenos can’t afford living in Malibu, so it’s a virtual vacation for us. The beaches from Santa Monica down to Redondo are nice, but the further out you go in Malibu, the more you are taken away. Part of the escape is the sand and waves seem to be better than anywhere else. Grabbing lunch at the Reel Inn or Malibu Seafood makes you feel like you’re up the coast eating at one of those beach towns.

Also see: The Ultimate Guide to the Beaches of Malibu

If you come to LA, you want to tell friends that you saw a celebrity. There are no guarantees, unless you go to a show taping. It’s an experience that all will enjoy because these productions know a happy audience makes a better product. While the actual filming takes a small portion of the time, the warm up comics and interactions with the cast and crew makes you feel part of the experience. If they could only bring back Newhart.

Los Angeles has its share of great museums, but Getty Center stands out perched atop the hills on the Westside. You can be entertained for the whole day wandering the grounds and not even entering a gallery. There is a lot of art to view from many different periods and the rotating exhibits are always intriguing. With free admission, it keeps bringing you back. Probably more so for the locals.

Also see: A Perfect Day at the Getty 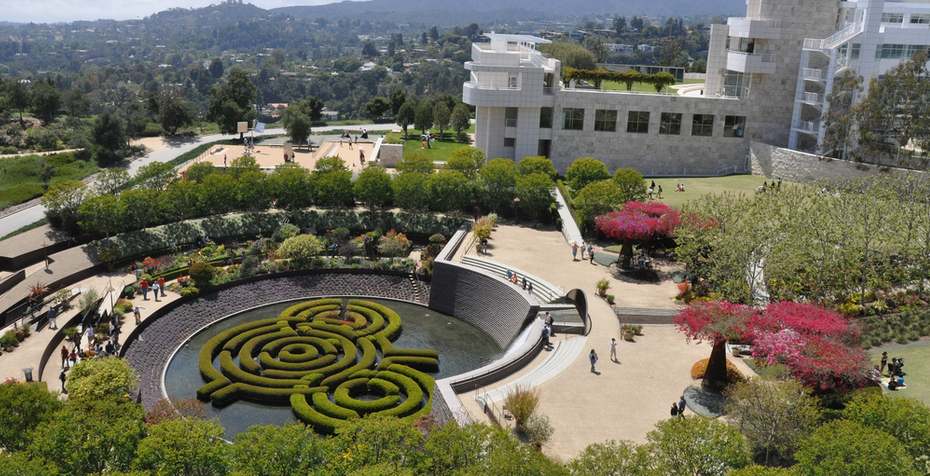 The era when piers ruled the beaches of Los Angeles are long gone. Venice, Pacific Park and others offered a wide range of amusement activities. Even Santa Monica Pier fell on hard times, but now we embrace it(except the Bubba Gump Shrimp Company). It’s still a great place to take the family for a stroll, play carnival games and take in the ocean. With Expo Rail soon reaching nearby, expect another wave of tourists and Angelenos to visit this landmark.

Also see: 17 Fun Things to do in Santa Monica If You’re in The Neighborhood

When relatives come to town, you just assume that Disneyland will be part of their itinerary. It’s just another excuse for us to go. There are plenty of amusement parks in the world, but few that capture this level of feeling like a child again. It’s a place where all can go and leave the troubles of the outside world behind(a polar opposite of the DMV). Times change and so has Disneyland, but the same feelings will always remain.

Also see: 16 Fun Things to do in Orange County That Are Worth the Drive from Los Angeles

While about 25 miles offshore, few associate Catalina Island as being part of Los Angeles. It is part of the county. The long boat ride out serves part of a nice day retreat for this isolated enclave welcoming tourists since the late 1800’s. With limited activities and vehicular access, just a simple hike or lying out on the beach is enough to call it a day. If you make friend with one of the yacht owners, even better!

Oh, and don’t forget you can also get free passage on the Catalina Express if it’s your birthday!

What’s your favorite tourist trap in L.A. that you’ll brave the crowd for? Let us know in the comments below!