The 7 Surefire Ways to Spot an L.A. Transplant

Los Angeles is a melting pot. A multi-cultural, multi-ethnic stew of opportunity, dreams, heartache, traffic, art, sexuality, and sunshine. And that’s just in a two block stretch along Sunset Blvd.

The truth is we love to celebrate the diversity of our city. After all, we’re attractive enough as a locality to be the envy of millions of people around the world, as well as a destination where they feel they can make their dreams a reality. That’s a source of pride. No doubt.

But that doesn’t mean that on occasion a cynical local doesn’t smile inwardly (or is it snicker?) when they hear the cliched ramblings of a recent L.A. transplant.

Don’t know what I mean? Well let’s go through the signs and agreement, one-by-one, and maybe we can come upon some agreement about the stereotypical ways these non-natives give themselves away (all in good fun!).

[RELATED: 10 Tips on Moving to Los Angeles Every Future Transplant Needs to Know] 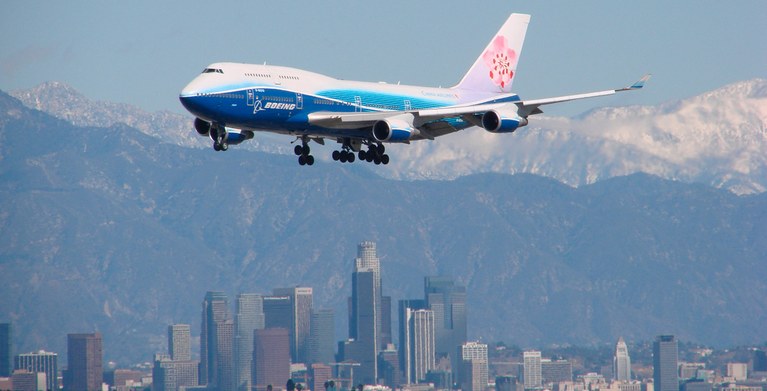 1. They Complain About the Seasons

I’ll never understand the logic of someone who longs for winter snows or windy rains in the middle of perfectly sunny December afternoon.

Yeah, sure, colorful leaves are cool and stuff, bro. But shoveling the driveway just to get to work? Wearing three layers cause you need to grab some groceries? No thanks.

Yet those people are out there… and they’re moving to Los Angeles, more and more of them everyday.

What these folks don’t realize is that L.A. really does have seasons, four of them actually. They’re just named a little bit different than the rest of the country:

That’s it. See the time-lapse of 24 hours in L.A. below? You can pretty much just bottle that and roll it out 365 days a year, because that’s how it goes…

Ever notice the “the” that we use when naming our freeways or giving directions. The 405 south to the 105 East to the… It’s just part of the way we talk.

In reality that nomenclature is different than most other parts of the country (Arizonans also use it, best I can figure).

And though the difference is subtle, it’s significant enough to recognize when you’re speaking to someone in an everyday conversation.

Question for me is, how did this distinction arise in the first place?

Well, here’s one explanation, as noted by Grant Geyer in “The Freeway in Southern California“ as written for American Speech:

“In about 1941, just before the completion of the first of the famous freeways, intercity traffic came into Los Angeles on the north-south axis on U.S. 99, U.S. 101, or California Route 1….Before the freeways were built, locals generally preferred the old, time-honored street or road names instead of numbers in conversation. So for ‘U.S. 99’ they said San Fernando Road because the highway followed that particular named street, as far as the distant end of “town.” Likewise, ‘U.S. 101’ was Ventura Boulevard and ‘Route 1’ was Pacific Coast Highway….Route 1 or Route 101 was not used in town.”

“….The strange-sounding usage of the plus number, as in the 118, was the natural result of an amazing proliferation of new, minor interstate cutovers, extensions, and bypasses that began about 1975….[It] was even more pronounced when new major Los Angeles interstates sprang up without having any precursors and without being extensions of earlier, nonnumerical freeways. The first one I remember in this category was the 605 Freeway.”

Whether you buy that explanation or not, the fact that the phrasing exists is a definite.

So if you don’t use it, best believe you’re giving yourself away.

There are nearly 5 million hispanic residents in Los Angeles County along (about 9% of the total U.S. hispanic population), many of whom having Mexican roots.

The consequence of this is that our Mexican food is muy authentico (picture me saying that in my thickest, whitest accent possible)… or as gringos like me might call it… the bomb.

Frankly, this (besides the weather) is one reason I probably could never live in New York. Because I’ve tried the Mexican food there and it’s just… sub-par.

And New York is not alone.

Because of the low-quality of Mexican food nationwide (or at least where there is generally smaller hispanic populations) I conjecture that a vast majority of americans grow up feeding on the cardboard fare of Taco Bell, Jack in the Box, or other similar fast food enterprises. I don’t blame these folks though. In a way they’re almost institutionalized to love the slop their given.

To paraphrase Red from Shawshank Redemption:

“These tacos are funny… First you hate ’em, then you get used to ’em. Enough time passes, you get so you depend on them. That’s institutionalized.”

The cool part is that once you move here, and you finally get that first bite of a legit street taco, it’s like a Dufrense-esque crawl to freedom for your culinary senses. And once you get through that 500 yard journey of foul taco smelling quasi-meat rancidness… it’s a miracle.

The flavors crescendo, the tongue rejoices, the music swells and your entire sense of being lifts as if raised by the hands of the gods. See clip below.

4. “Hella” is Part of Their Everyday Vocabulary

Derived from “hell of a” or “hell of a lot,” the word “hella” is generally used in place of “really,” “a lot,” or “very.” At least, that’s what Urban Dictionary tells me.

This particular ailment specifically symptomatic of those who migrate south from the Bay Area. The first time I became aware of this was actually during dorm conversations back in the late 1990’s at UCSB and, amazingly, the lingual phenonmean continues to hold true even to this day (see songs like “Thrift Shop” by Macklemore).

In any case, usage of this word is dead giveaway you’re either a) recently transplanted from the northern region of our state or b) have questionable taste in music. Either way, you might just be called out.

Seriously. Don’t do this.

This is like when a couple has cutesy nicknames for themselves that they feel necessary to call each other in public, and it becomes embarrassing not only to them, but to any bystander within a 10 foot radius who has to bare witness.

Kind of like the state-shortening version of “snookums” or “muffin” or  “sugarlips” … you get the point.

I’m not exactly sure when “Cali” got popularized, but likely sometime in the late eighties or early nineties when east coast rappers were writing songs about a prodigal return to the sunshine state.

In any case… just… don’t. Unless you’re Notorious B.I.G. (RIP) or LL Cool J, in which case a badass exemption has been granted.

6. They Introduce Themselves As an Actor or Actress…

Based on personal experience (film school graduate, ahem), word of mouth (friends in the industry), and conventional wisdom (duh), I estimate that 99.99% of aspiring entertainment industry professionals arrive from outside the confines of Los Angeles County.

Not making a dig or assailing anyone’s character here, so don’t get butt-hurt. I’m not here to crush your dreams.

7. They Think All People in L.A. Are Shallow

As pointed out in the section above a large percentage of folks moving to L.A. from other parts  inextricably intertwined with the entertainment industry. In a way, it tilts them to have more shallow conceptions about what L.A. is all  about or, at the very least, being really, really concerned with the way they look. Status. Beauty. Reputation. Fake tans and even faker boobs.

Yet here’s the thing: after you live in L.A. long enough you realize this is complete garbage. After all, we need only look at how our people are reflected in films to see the broad range of diversity on display in the city of angels. Take for example, the cinematic classic The Fast and the Furious.

Even in just this one film, look at the wide swath of cultural diversity on display that mirrors the reality of the great city of Los Angeles.

Among our ensemble of characters you’ve got the classic blond surfer pretty boy, the reformed (or is he?) street racing gangster, the beefy white dude with a temper, the weaselly white dude with the big brain, the hot as shit latin girl, the also pretty-hot latin girl who also looks like she’s on a prison bodybuilding program, a black dude with cornrows, and a whole gang of asian (Chinese? Vietnamese?) guys who ride pocket rockets and wield uzis like toy water pistols.

And this is how you arrive at shallow? Oh I think not, sir.

I guess my point is, you can’t judge us by one silly “shallow” stereotype and expect it to stick. We are nothing if not a collection of stereotypes whose sum is greater than the total of our myriad, generic character types.

At the end of the day, aren’t stereotypes and generic assumptions just kind of stupid anyway. Don’t we really need to get to know someone before we make wild leaps about their personalities, their character, and yes, their origins. Maybe (just maybe) that’s what this article proves most of all (you know, if you want to get all meta about it).

We see you transplant, we most definitely see you. And the signs are as clear as those sunny blue skies you wake up to everyday. 😉

Can you think of other ways that transplants to Los Angeles give themselves away? Any other forms of flagrant transplant behavior? Let us know in the comments below!