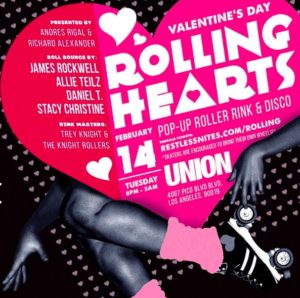 This Valentines Day, come get your derby on with ROLLING HEARTS, a pop-up roller rink and disco at Union! 💗 Tickets at http://www.restlessnites.com/rolling/