So Angelyne Is Auctioning Her Pink Corvette on Ebay

How many times have you driven down the Sunset Strip, seen a hot-pink corvette parked along the street and thought to yourself “only in Los Angeles.”

Good news to those who are interested in unleashing the repressed urge to finally man (or woman) up and get yourself on that L.A. level. Infamous Sunset Strip figure Angelyne is selling her 2008 Corvette on eBay. 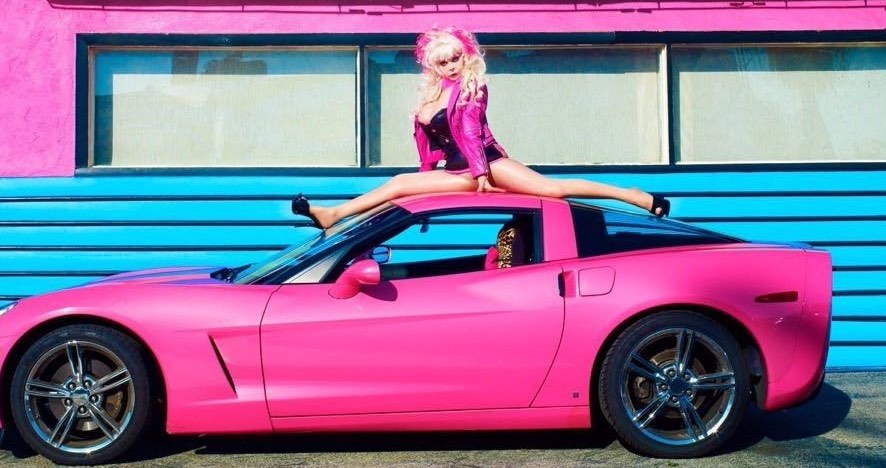 Features include a V8 engine, accident free, brand new tires, custom hot-pink paint job, being featured in James Franco’s Masterpiece, and only have racked up 190,000 miles.

Buyers also can request a personal autograph from Angelyne herself. Oh, and don’t worry, if you don’t have the complete purchase price just lying around as there is also a payment plan option available.

According to the auction the vehicle has never been involved in an accident, though we do remember a report from a few years ago where she got into a fender-bender with a taxi near Franklin Ave and Las Palmas. Speculation is that she owns multiple pink corvettes, so perhaps this is one that is still in pristine condition.

For those unfamiliar with this iconic Hollywood figure (shame on you), Angelyne emerged on the Hollywood scene in the 80’s through billboards and basically just hanging around the area. The OG Kim Kardashian if you will, Angelyne is famous for convincing people that she is famous.

Having tried her hand at acting and singing, Angelyne can still be seen taking pictures with fans (with her cars) and giving out autographs. After 30 years on the scene, she has rightfully earned her place as a notorious Hollywood legend.

At some point or another, we’ve all had the desire to be able to drive a really fast car along the streets of Hollywood recreating our pick of any iconic scenes from a movie, or in this case the music video to Aqua’s hit “Barbie Girl”.