It has been more than half a century in the making but The Backbone Trail, which spans some 67 miles from Ventura to L.A. County, is finally complete.

Through a combination of public funding and private donations the trail, which  stretches from Will Rogers State Historic Park at the eastern edge through Malibu Creek State Park all way to Point Mugu State Park, has slowly been pieced together over the years.

“It essentially connects and forms the spine of a 500-mile network of trails,” park superintendent David Szymanski told the Ventura County Star.

Former California Gov. Arnold Schwarzenegger and fitness entrepreneur Betty Weider donated a 40-acre parcel of land in Zuma Canyon that the park had previously planned on purchasing for $450,000 with a grant from the county.

And Schwarzenegger isn’t the only celeb who’s contributed to the trail. In 2014, director James Cameron sold his 703-acre property in Puerco Canyon for $12 million, a purchase that opened up a route from Pacific Coast Highway in Malibu to the Backbone Trail. In addition, the public has acquired more than 180 parcels, valued in excess of $100 million, to complete the route. State Parks owns more than 60 percent of these lands and the rest is owned by the National Park Service. 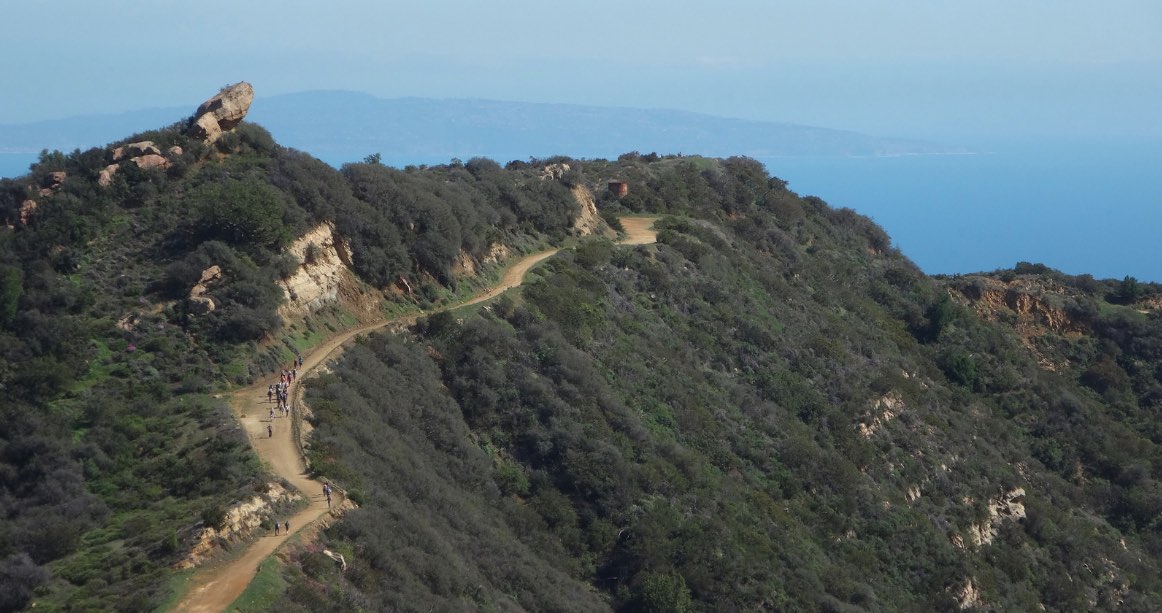 As LAist points out, since it’s a new trail, camping infrastructure is in development and there are plans to add backcountry tent sites with a possible extension into Griffith Park. According to the VC Star, the longest stretch that doesn’t cross a road runs 16 miles from Ray Miller Trailhead in Point Mugu to Mishe Mokwa Trailhead at Circle X Ranch.

There will be a grand opening  ceremony on Saturday, June 4 from 9 a.m. to noon at Will Rogers State Historic Park, off Sunset Boulevard.

The event is free and open to the public. 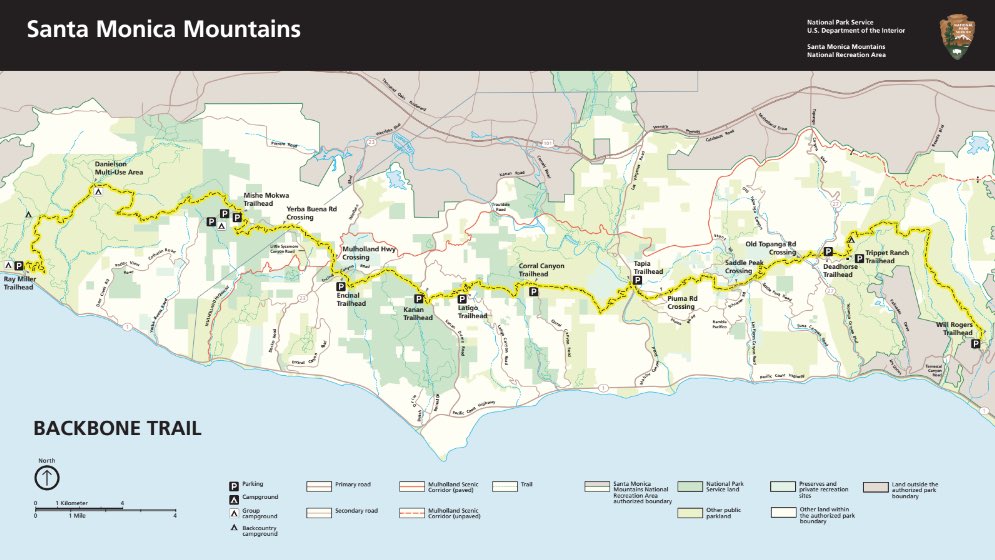 “Its completion is a testament to the strength of our shared values, the power of idealism, and so many determined people—quite literally—on their hands and knees with spades in hand navigating the twists and turns of topography, land acquisition, and political will,” Joseph T. Edmiston, executive director for the Santa Monica Mountains Conservancy said.

For more information on The Backbone Trail check out the National Parks Service website.