You might not have even known it, but a 136 year-old law explicitly bans angelenos from beekeeping on their property.

Or at least, it did until Wednesday when the Los Angeles City Council voted unanimously to overturn that law and make residential beekeeping legal.

The ordinance establishes rules and limits on how citizens can maintain beehives on their property, including only having beehives in backyard areas and requiring buffer zones for any backyard hives.

The new ordinance, which the mayors office is expected to sign right away, means L.A. joins other major cities including New York and San Francisco in allowing residential beekeeping. 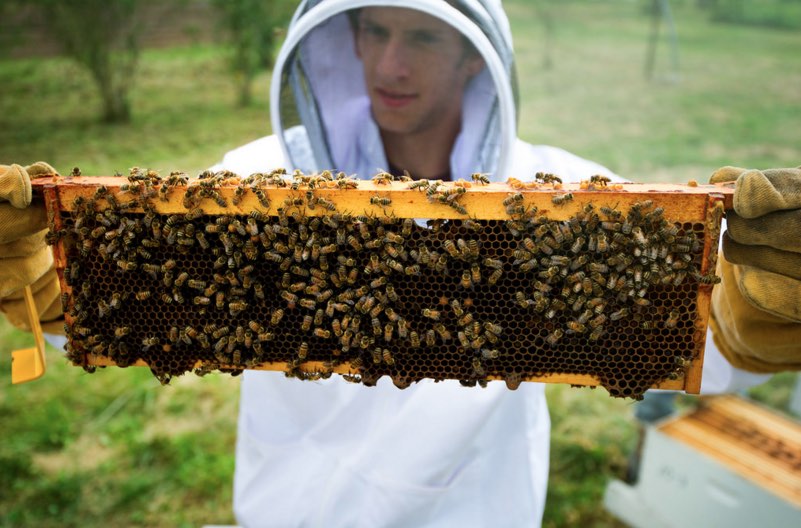 Councilman Paul Koretz told the AP before the vote, “To bee or not to bee, that is the question. But there is no question. We must have bees.”

With declining global bee populations threatening crop yields and overall agricultural health, the move ought to be seen as a positive by scientists.

Of course, there will be some residents (especially those with bee allergies) that see urban hives as a nuisance, or perhaps even a threat to public safety.

To counter that claim, Noah Wilson-Rich, the founder of the Best Bees Co., and author of The Bee: A Natural History, wrote an op-ed in the L.A. Times published yesterday in defense of backyard beehives:

“The traditional argument against urban beekeeping is that it’s unsafe: Bees sting, allergies abound. One family’s pastime is a neighbor’s ruined afternoon.

But let’s get one point out of the way: Bees are far less of a nuisance than their similar-looking cousin, the wasp. Whereas wasps sting aggressively, bees only sting defensively, and die when they do so.”

“Besides, hives maintained by beekeepers are less dangerous than wild hives; beekeepers effectively tame hives through re-queening — the process of removing an aggressive queen and manually adding a docile queen.”

One thing is for sure though.

My dream of ‘tapping’ honey in my own backyard (when I actually get a backyard) is now alive and well.