What do you get when you mix a passion for fermentation with a chef driven by culinary expression and a presentation that’s about as minimalistic as you’ll ever find?

The answer is Baroo, a new restaurant nestled in a barren East Hollywood strip mall that’s as inconspicuous as it is delicious.

The fact that the place has no exterior signage seems all the more appropriate considering the name ‘Baroo’ is also a term for the lone bowl Buddhist monks are allowed possess for their all meals.

The message, it seems, is one of letting go, which is ironic perhaps because I couldn’t help but find myself becoming more and more attached to the flavors with each passing moment and every mouthwatering bite.

Baroo’s concept is the brainchild of Chef (and co-owner) Kwang Uh, who has studied at the the Culinary Institute of America and University of Gastronomic Sciences in Italy, trained under Michelin starred restaurants and held title of executive chef at Nobu Bahama.

Uh’s travels to Noma, Quique Dacosta, and Piazza Duomo took him on one last culinary expedition before opening his space on Santa Monica Blvd, and the breadth of his experience has well-informed the array of offerings at Baroo. 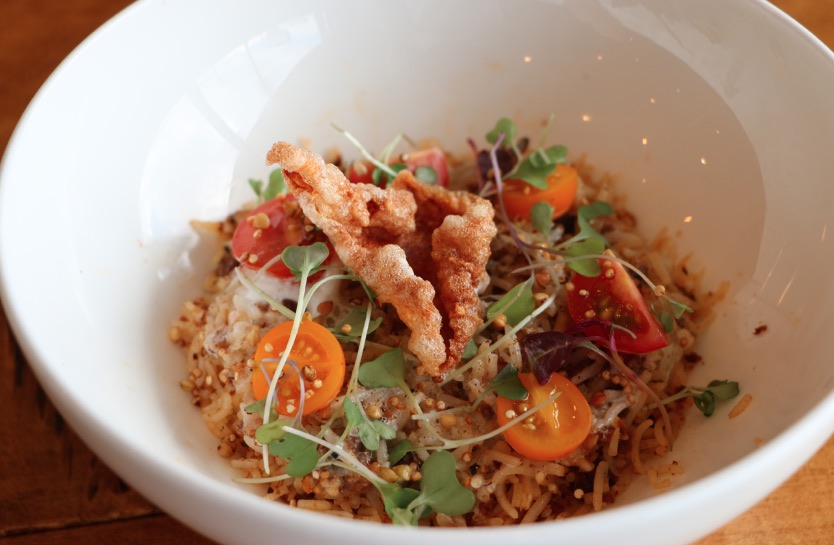 Uh and co-owner Matthew Kim take orders at the counter and dishes come out in no particular order. Each dish is meticulously plated with ingredients like micro greens, house made tendon chips and nasturtiums, each grown from Uh’s own organic garden.

The presentation, patience, and attention to detail echo some of the finer molecular gastronomy establishments today (just don’t expect to be in and out in 30 minutes).

For me, the standout was a rice dish called Asian Fever, made with Amira basmati rice mixed with Southeast Asian inspired ingredients, topped with a lemongrass and coconut foam, sake leeks, crispy shrimp chip, heirloom cherry tomatoes, and lime supreme. It’s savory, but well-balanced by the use of spices and there’s a nice a tang created by the foam that seeps organically into the rice mixture.

If you’re looking for something more complex, try the Noorook, a plate of toasted seeds and mixed grains that include kamut, farro, and jobs tears tossed with koji beet creme decorated with fingerlime, and rose onion pickles. The combination of ingredients create earthy flavors and the consistency brings a nice level of depth. 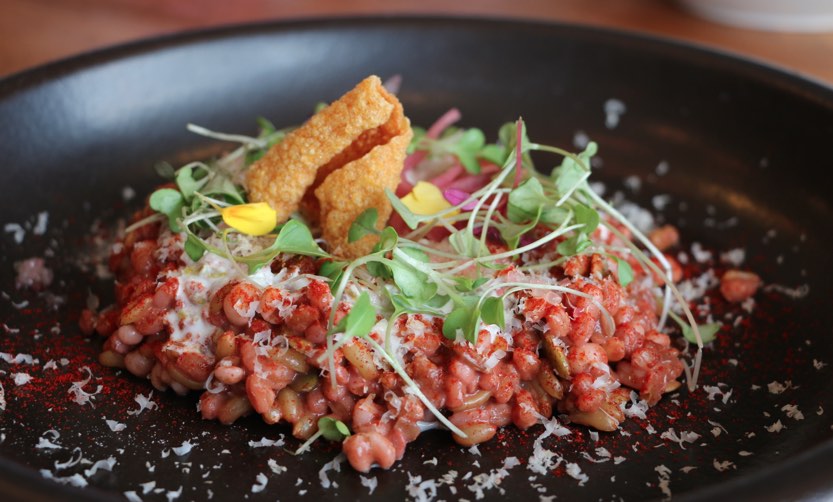 Lined against the back wall of the sparsely decorated interior are shelves of Uh’s fermentation experiments.

The combinations are ambitious and fascinating; passion fruit marinated cabbage and Brussel sprouts with berries and vanilla mint cauliflower are just a few pickled items guests can sample.

But if I had to recommend one pickled dish at Baroo it’s the cabbage marinated in pineapple juice. The crisp crunch of cabbage with notes of pineapple is a simplistic (but totally uncommon) representation of pickling. 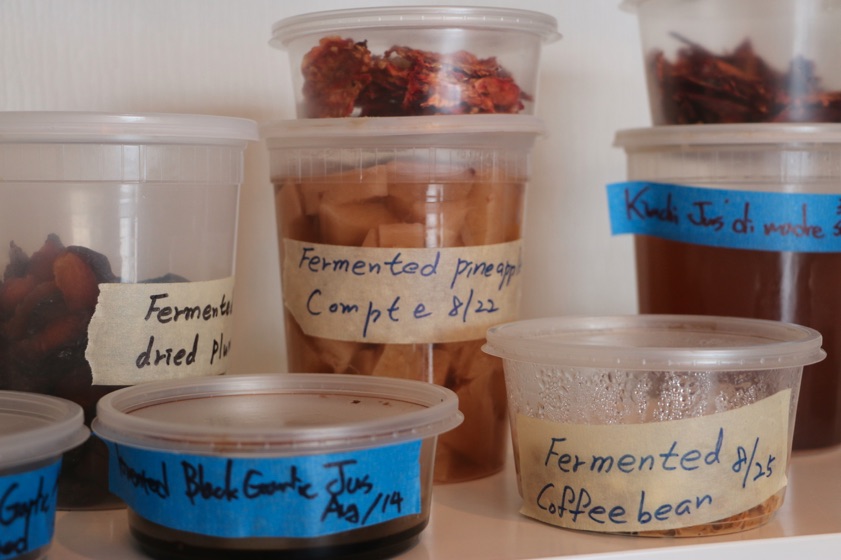 Additionally, Uh serves house made Kombucha. You can find the fermented drink infused with rose and passion fruit, elderflower, lemon verbena or raspberry.

To finish things off you can sample desserts including a passionfruit tart made with a passion fruit curd,  a macha yuzu chiffon, elderflower meringue and a vanilla bean tart.

Uh and Kim have not had a day off since the restaurant opened two months ago. Being the only employees at Baroo, the partners dash back and forth from kitchen to front of house, serving, cleaning, greeting and taking orders.

Friendly, soft spoken and enthusiastic, both Uh and Kim are clearly passionate about their project and focused on creating some of the tastiest and most unique eats in our city.

Before I left, I asked Uh if he will consider having a sign outside his establishment, he told me no, because he didn’t want to be defined by a sign.

Uh clearly has a strong point of view. His explanation is not pretentious, it shows a kind restraint and devotion that’s perfectly reflected in his food offerings.

Baroo is the kind of place where people can come for a innovative dining experience with modest prices in a casual setting.

In other words, it’s exactly the kind of place where I love eating.