Drink and ride? Sure, as long as you’ve got all your licensing in order.

Wait, so what’s a beer bike?

Brainchild of a company in the Netherlands, Beer Bikes are wacky looking vehicles, powered mostly by tourists sitting across from each other with a table between them. Vehicles usually hold up to 15 passengers who pedal together as one driver steers.

While beer bikes can been gaining in popularity over the past few years, there was a bit of grey area in terms of legality. There is currently only one operator that we could find currently servicing the Los Angeles area, with routes in the Santa Monica and Venice Beach neighborhoods. But that may change with the new legislation. 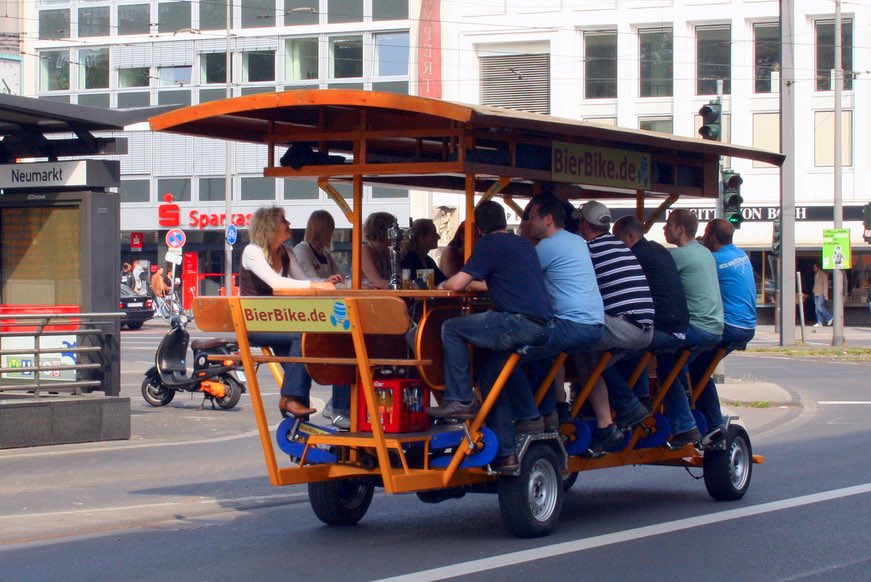 A Beer Bike on the streets of Germany. Credit: Harold R Cologne via flickr

According to an analysis of the newly signed bill, the law “expands the definition of pedicab to include a device which is primarily pedal-powered, has a seating capacity of not more than 15 passengers, and cannot travel faster than 15 miles per hour.” Additionally, the law necessitates that the operator of the bike provide an on-board safety monitor who, along with the driver, will be required to complete licensining requirements by the Department of Alcoholic Beverage Control.

Oh, and just in case you’re curious, here’s Governor Brown signing the bill while riding on one of the bikes in question.